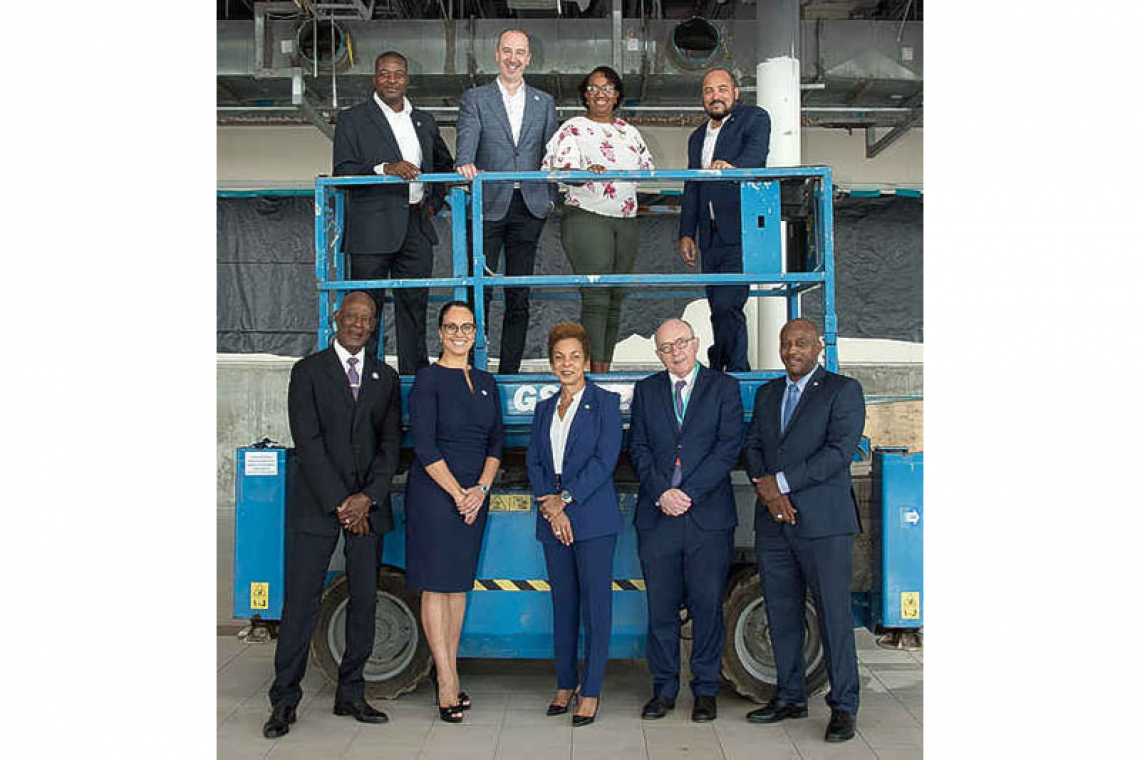 One of the most anticipated reconstruction projects on the island, the Airport Terminal Reconstruction Project will see a revitalised terminal facility rebuilt at the country’s main international gateway. The project aims to restore passenger capacity to pre-Hurricane Irma levels and enhance the overall travelling experience with the latest technology and amenities for advanced airports.

With the officially handing over of terminal building’s keys to the contractor, airport operating company PJIAE Chief Executive Officer (CEO) Brian Mingo and Ballast Nedam International Projects BV CEO Roy van Eijsden opened the project’s main works to a round of applause from those in attendance.

In addition to Mingo and Van Eijsden, present at the ceremony was the entire Council of Ministers, except Minister of Tourism, Economic Affairs, Transport and Telecommunication (TEATT) Roger Lawrence, who is abroad on a work visit.

“St. Maarten remains vulnerable in a changing climate. We have had to pivot to stay on our path to recovery, but we are on track. This milestone is of utmost importance, with an anticipated outcome of having Princess Juliana International Airport, the people’s airport, even better than before,” said Mingo at the ground-breaking ceremony.

“The government of St. Maarten is committed to the revitalisation of our economy through the reconstruction of the airport’s terminal. The airport remains a vital component of the country’s economic growth, and I look forward to the successful completion of this project, which will have tremendous benefits for the people of St. Maarten.

“I thank all stakeholders of the project, in particular the Project Management Unit (PMU) team for playing a key role together with all stakeholders in getting us to this milestone today,” said Prime Minister Silveria Jacobs.

“A fully restored terminal building is the single most important condition for St. Maarten’s successful recovery from the 2017 hurricanes and the COVID-19 pandemic. As such, I am thrilled to witness today’s event and I am very proud that the NRPB has been able to help get this long-anticipated project up and running,” said NRPB Director Claret Connor.

“The reconstruction of PJIA has received the full and unwavering support of the Netherlands throughout this process. Guaranteeing the accessibility of St. Maarten to support the economy was set as one of the guiding principles of the Netherlands from the beginning of the recovery process, and that commitment continues to this day,” said Dutch representative in St. Maarten Chris Johnson.

The project’s main works were preceded by mould remediation and waste disposal activities, which were completed in the second quarter of 2021. These necessary activities cleared the terminal building of potentially dangerous mould and debris left over from the passing of Hurricanes Irma and Maria in 2017.

Ballast Nedam was awarded the contract for the main works, which was signed in August 2021. Royal HaskoningDHV will act as the project’s supervising engineer on behalf of PJIAE. The project’s main works are scheduled to be completed by the second quarter of 2023. However, sections of the terminal building will begin to come online from as early as December 2022. 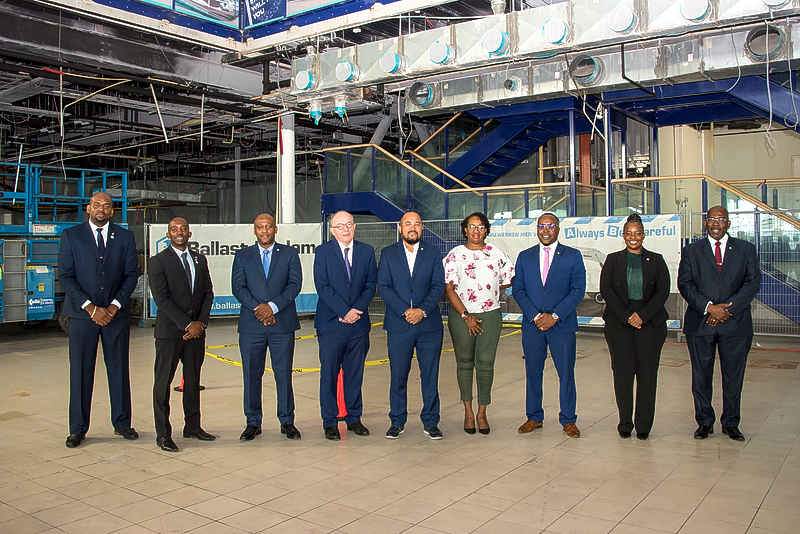