Frans Richardson tells court that he is being ‘singled out’ 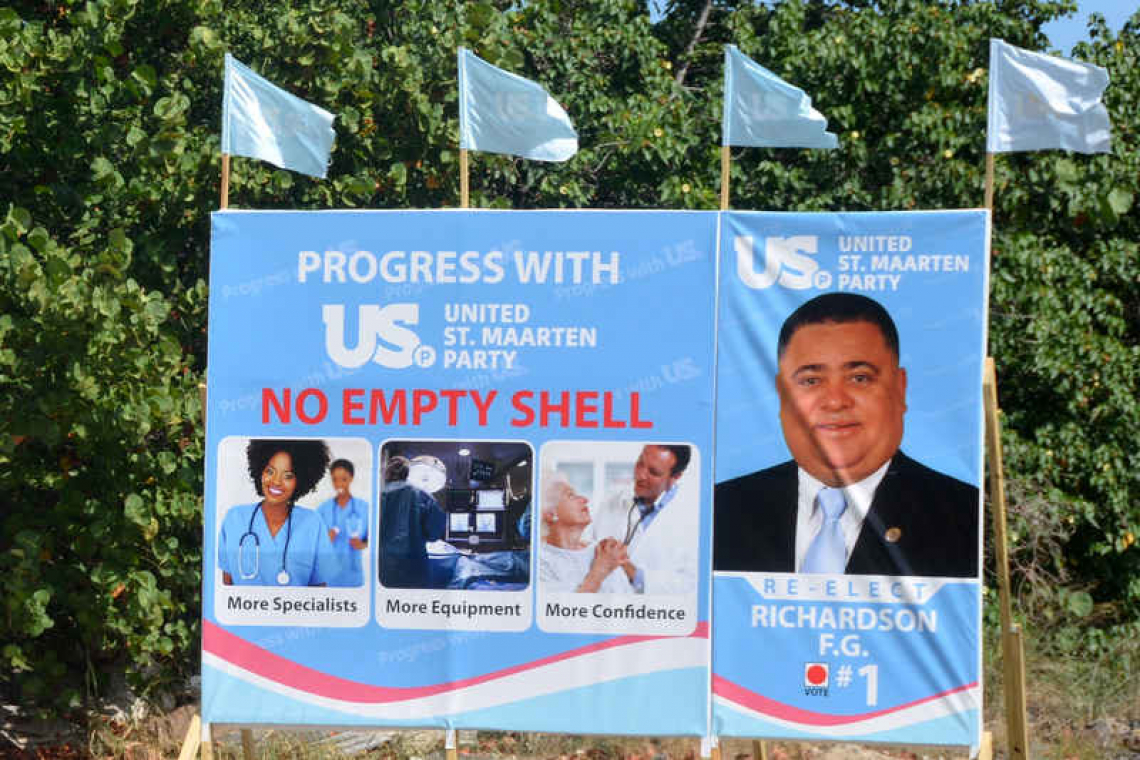 PHILIPSBURG--Former Member of Parliament (MP) Frans Richardson was called to the Court of First Instance on Thursday to answer to criminal charges of accepting bribes and abuse of his position. In a very emotional statement, he told the judge that he feels that he is being treated unfairly. “I am being singled out. My issue is that others are not being dealt with. I do not have a job. I no longer work because all what’s happening,” Richardson said about the Prosecutor’s case against him.

In the criminal investigation named “Aquamarine”, Richardson is suspected of having requested substantial sums of money from construction company Taliesin, or its contractor and hardware-store owner Carl Critchlow, for repairs of storm damage to the building in which government-owned company Bureau Telecommunication and Post (BTP) is located. This concerns repair of damage caused by Hurricane Irma.

Between December 3, 2013, and September 3, 2018, Richardson allegedly received nine payments – primarily in cheques – to the total amount of US $119,950 it is mentioned in the indictment.

In return for the money, Richardson is said to have used his influence as a politician to ensure that Taliesin Construction would be awarded contracts for maintenance and repair work for BTP and to expedite payment of existing contracts with BTP.

In addition, he is accused of having abused his political function to gain personal benefit from it. Richardson allegedly participated in a contract between Advanced Communications and Technology Services NV (Actis) and BTP which was closed March 16, 2012. Actis became the managing company of the numbering plan for St. Maarten as per June 15, 2012.

From March 2012 up to September 23, 2019, Richardson was shareholder of Caribbean Value Estates (CVE) Ltd., which on its turn held shares in Actis. At the same time, he was an MP and member of the Committee of Tourism, Economic Affairs, Transport and Telecommunication (TEATT) and of the Finance Committee. He was arrested September 2, 2019.

BTP is the telecommunication regulator for St. Maarten and is responsible for advising the TEATT minister regarding telecommunication and postal issues. The Anti-Corruption Taskforce TBO and the Kingdom Detective Cooperation Team RST launched an investigation into BTP mid-2019.

Richardson denied the allegations during Thursday’s hearing and said he was not entangled in any conflict of interest. He said that as a committee member he did not hold any authority over BTP and said that he could only ask questions and make recommendations to the minister of TEATT.

Richardson is co-shareholder of CVE together with Anthony Carty. Both are holding a 50 per cent interest in the company. Carty, a former employee of telecommunications company TelEm, became director of BTP, which was established on October 10, 2010. He was also arrested in the Aquamarine investigation.

Actis paid out $36,750 in dividend to CVE. “That can be, but I was not involved in the decision about the financial breakdown,” Richardson told the court. Actis pays an annual fee of $25,000 for handling the numbering fee, which reportedly yields almost $90,000 per year.

The politician said the money he received from Taliesin and or Critchlow concerned donations for election campaigns of the National Alliance and United St. Maarten (US) parties, and were not payments in exchange for work at the BTP building. However, no payments by Taliesin or Crichlow were registered with the Electoral Council.

On February 11, 2013, BTP purchased a building in Philipsburg for $6.6 million. Contractor Critchlow bought this building on December 1, 2011, for $700,000. He refurbished it and then sold it back to BTP which only used two of the six floors.

Crichlow told investigators that Richardson and Carty both asked a “commission of $50,000 in exchange for contracts for work.” When another instalment for work for Taliesin at BTP became available, money was again requested. “Is two-by-four ready?” they asked. If yes, then they knew the money was ready. I got $200,000 for the restoration of the BTP building after Irma and I had to pay $50,000 in commission. Carty also did ask for money for the maintenance contract, but I did not pay. I still kept the contract,” Crichlow told the detectives.

Crichlow said that “all politicians” wanted money. “Only William Marlin and Sarah Wescot-Williams never asked for money.” He estimated that over a period of 15 years he spent some $500,000 on campaign financing. He said he made these payments to politicians and political parties to be able to participate in tenders. He paid in cash and also in material. Richardson said that as an individual he had never received a donation, but the party board did.

The embattled politician is also facing dispossession claims. In the ‘Aquamarine’ investigation, the Prosecutor’s Office wants to seize $132,700.56.

In the “Emerald” case, Richardson was sentenced to 36 months in January 2020 for his role in an investigation into corruption at Port St. Maarten. He was also banned from membership in elected bodies for five years. Richardson appealed the sentence. In this case, the court found him guilty of accepting bribes of $370,000, money-laundering and tax fraud.

Richardson told the judge that he did not commit the alleged crimes and that he does not want to pay. “It seems there was an agreement to make statements against me. This really hurts me. I am baffled and horrified by what is happening. Others are not here, except for Frans Richardson. It is unfair what is happening to me.”

The father of two said he feels that he is being treated unfairly, is being singled out, and is financially duped. The hearings will continue today, Friday.