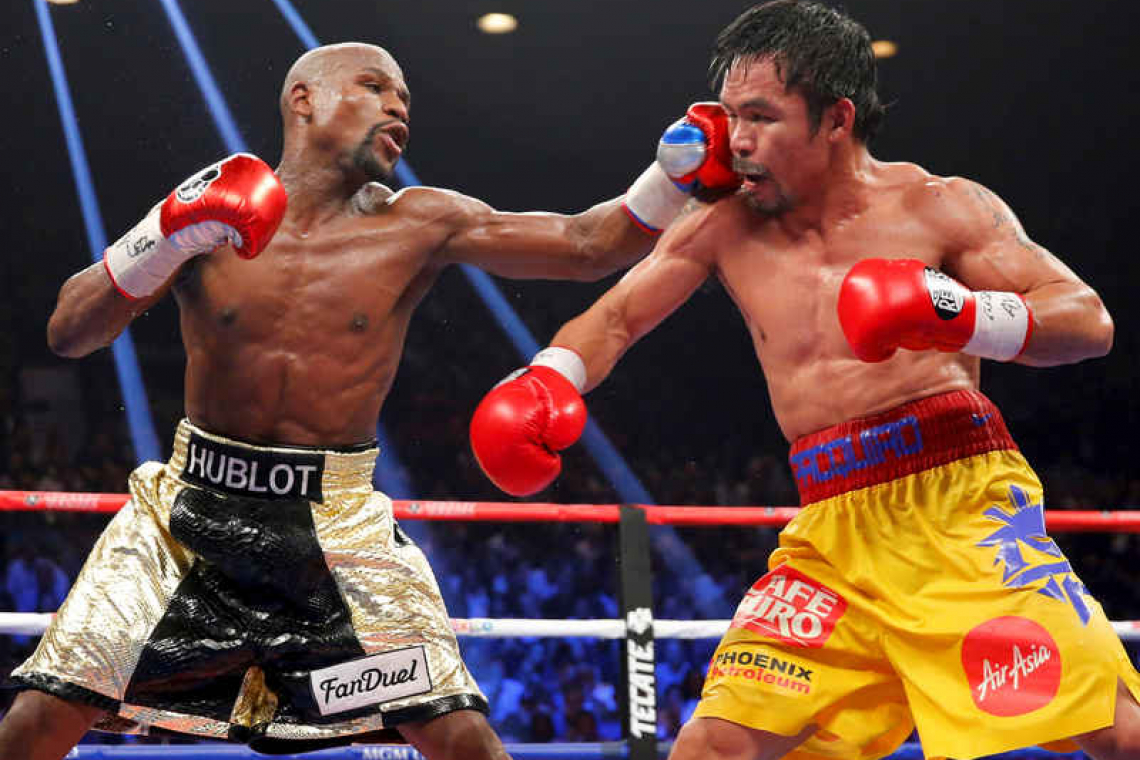 Boxing legend Floyd Mayweather Jr. (left) spent a night in St. Maarten with his entourage at Morgan Resort and Spa in Simpson Bay on Tuesday before heading to St. Barths on Wednesday.

In this file photo from May 2015, Mayweather lands a left to the face of Manny Pacquiao of the Philippines (right) in the 11th round during their welterweight WBO, WBC and WBA (Super) title fight in Las Vegas. With a record of 26 consecutive wins in world title fights, Mayweather has been hailed as Fighter of the Year multiple times, Fighter of the Decade by the Boxing Writers Association of America and ESPN called him the greatest boxer of the last 25 years. Mayweather won 15 major World Championships from 1996 to 2015. He retired undefeated and had one comeback fight in 2017.