‘Exclusion of same-sex marriage violates the principle of equality’ 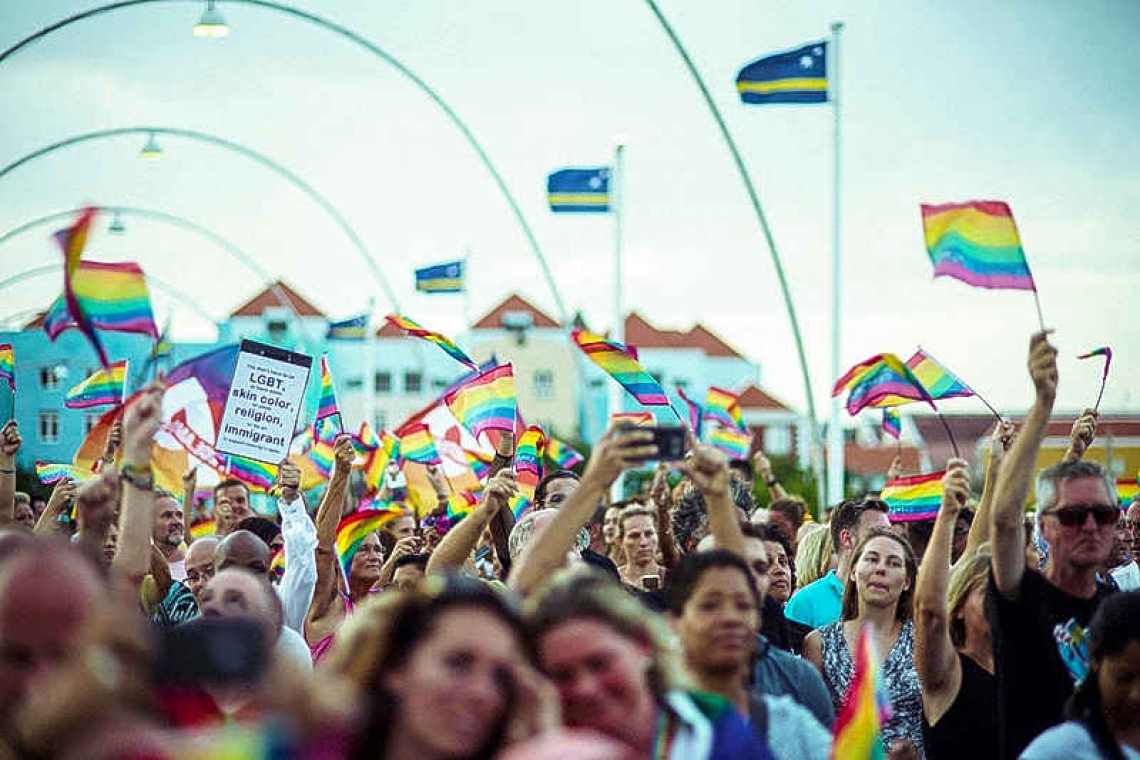 WILLEMSTAD--Exclusion of same-sex couples from marriage under the Civil Code is contrary to the equality principle of Article Three of the Constitution, especially in the absence of an equivalent legal alternative. That is the conclusion of the Court of First Instance in a case filed by Human Rights Caribbean Foundation (HRCF) and a female couple against country Curaçao last year.

According to the Civil Court, there is discrimination on the basis of sexual orientation in this case. The Civil Code of Curaçao stipulates that a marriage can only be concluded between a man and a woman. By its judgment of Monday, September 13, the court in Curaçao decided that this provision is contrary to the principle of equality and prohibition of discrimination as laid down in the Constitution.

There is no justification to deny same-sex couples the right to get married, certainly as long as there is no comparable legal system such as a registered partnership, the court said.

In rendering the verdict, the court considered the increased social acceptance of affective relationships between men and men and women and women, both worldwide, in the region, and in Curaçao.

The Netherlands introduced registered partnership in 1998 and introduced same-sex marriage in 2001. Bonaire, St. Eustatius and Saba followed in 2010. A number of Latin American countries also allowed gay persons to marry, such as Argentina in 2010, Brazil in 2013 and Colombia in 2016.

In 2018, Curaçao Members of Parliament Stephen Walroud and Giselle Mc William submitted an initiative law to open up marriage to homosexual couples, but this proposal never made it into law. There is currently no indication that legislation is underway to address the inequality.

According to the court, it is up to the legislature to take appropriate measures to eliminate this unlawful discrimination.

This case was filed by two women who are in an affective relationship and have been living together for more than 10 years. They want to get married, but the Civil Code of Curaçao only allows weddings between men and women.

The litigants claimed that same-sex couples should be able to marry in Curaçao based on the island’s Constitution and (international) laws and treaties, including the European Human Rights Treaty. Curaçao should also offer same-sex couples an alternative, such as introducing a registered partnership, they stated.

HRCF believes that same-sex couples should have the same rights as heterosexual couples and should, therefore, also have the right to get married.

“The law is not just for the majority of the population or those who believe in God. Minorities in particular need to be protected by the law and the legislature plays an important role in this. It is disappointing that Curaçao hardly makes any effort to protect the rights of lesbian, gay, bisexual and transgender (LGBT) people,” the foundation said.

Country Curaçao denied any discrimination. It said that litigants cannot claim a marriage and that there is no obligation to introduce a registered partnership.

According to the government of Curaçao, people of the same sex in a long-term relationship can adequately regulate the legal and financial consequences of that relationship with existing instruments, such as a cohabitation contract and a will. Also, same-sex couples can travel to Bonaire for their marriage, it was stated.

According to claimants, the number of homosexual persons in Curaçao is estimated at 10 per cent of the population, or about 16,000 people. A majority of the population is said to consider gay marriage contrary to their religious beliefs, but questioned by the Central Bureau for Statistics (CBS), 70 per cent of respondents said they agree that homosexual men and lesbian women should be treated in the same way as heterosexual persons.

HRCF said the ruling was “a step forward” in the “further” emancipation of LGBT people “and an asset to anyone who supports fundamental rights and is committed to equality. Hopefully, the verdict will spur country Curaçao to develop legislation in this area and accept the ruling, in the interest of all LGBT people living on the island.”