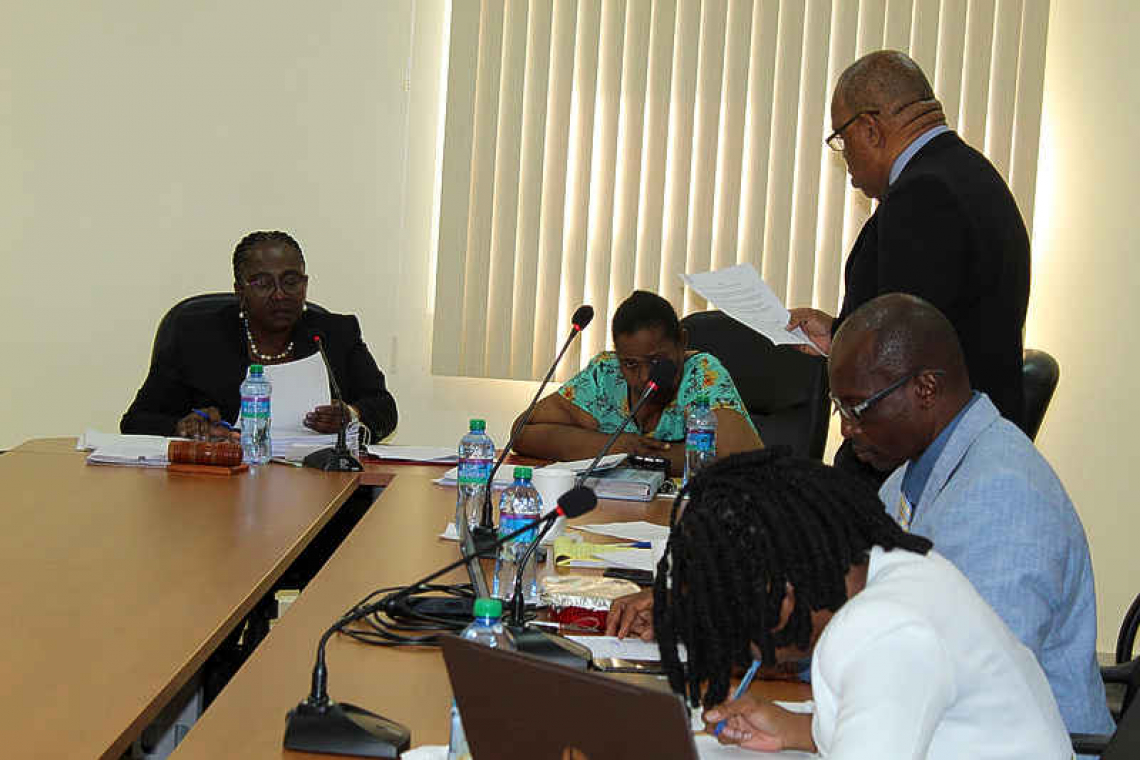 Slavery was abolished in the Dutch kingdom on July 1, 1863. The motion to declare July 1 an official holiday was originally adopted in the Island Council in a 4-1 vote on May 19, 2017, in which councilmembers Rechelline Leerdam, Reuben Merkman, Nicolaas “Koos” Sneek and Clyde van Putten voted in favour and Adelka Spanner voted against.

Over a number of years there were many attempts by organisations and persons such as Ellis Lopes, Miriam C. Schmidt and Christine Flanders-Roosberg, to have July 1 declared an official holiday in reflection and commemoration of the liberation of enslaved people.

Merkman said Wednesday that Emancipation Day is a day to remember any effort to procure economic, social and political rights or equality for a specific disenfranchised people.

The choice between adding a new holiday or replacing either Statia Day or Carnival Monday was discussed. Leerdam said that replacing a holiday would be more feasible, as businesses would be put in financial difficulties should another public holiday be added, because employers would have to pay their employees 200 per cent for working on that day. With many businesses on the island just staying above water, it was decided that the added financial burden of another public holiday was not in the businesses’ best interest.

It was decided to replace Carnival Monday with Emancipation Day as a public holiday, as not everyone on the island participates in Carnival, but Emancipation Day is a day to which everyone can relate, as Leerdam stated.

Francis said the public entity St. Eustatius had received a letter from Minister of Education, Culture and Science Ingrid van Engelshoven regarding fostering the dialogue about slavery. “While we will celebrate the day in a festive way as we have done in the past, dialogue and different discussions with our partners in the region, among ourselves and with the Dutch government are also necessary.”

Francis said that after the Island Council ratified the motion, the Executive Council had started the process to vest the motion in law in 2017. The law is the Labour Law BES Arbeidswet 2000.

Bonaire also traded its Carnival Monday in 2019 for the same reasons as Statia is doing now.

Because of due process and the required legal timeframe, it will not be possible to officially declare July 1, 2021, a public holiday, but working on advice from the Ministry of Social Affairs and Employment, the public entity will engage in consultations with stakeholders in the public and private sectors, labour unions and National Department Caribbean Netherlands RCN to reach an agreement so that July 1, 2021, can be celebrated.

Most likely, July 1, 2022, will be the first time that Emancipation Day will be an official public holiday in Statia. “It is my great pleasure to be part of advancing a cause that started a very long time ago,” Francis said.

Van Putten mentioned the persons who have worked “tirelessly” to make Emancipation Day a public holiday, many of whom have passed on. “I really hope that starting this July 1 it will be a national holiday. Not just a holiday where people can relax, but a day that fosters a dialogue where slavery is concerned, but also manifests and celebrates our cultural heritage.”

He said the island government led by Progressive Labour Party (PLP) had erected a monument and plaque in Wilhelmina Park, which he called the “Freedom Park.” The monument commemorates the 150th anniversary of the abolition of slavery.