Dutch propose 8 new conditions, PM says some can delay reduction of 12.5 per cent 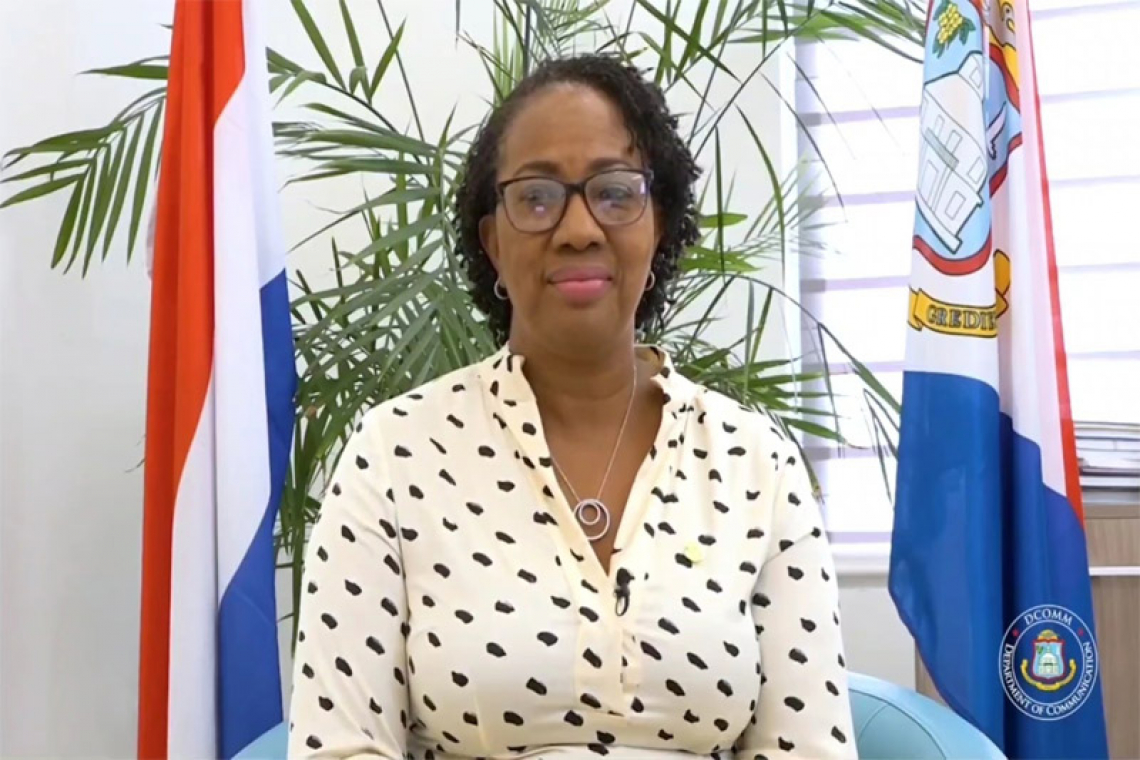 ~ Irion: If you really want to help the people, lift the 12.5 per cent condition ~

PHILIPSBURG--Eight more conditions have been proposed by the Dutch government for the removal of the 12.5 per cent solidarity cuts in employment benefits of civil servants and (semi-) public sector entities, and while government has no issue with some of them, some can delay the “de-escalation” of the cuts.

Prime Minister Silveria Jacobs told the press on Wednesday that while the 12.5 per cent is a condition that government wants to remove, its removal is being replaced by eight conditions. She said that as only three of the conditions had been mentioned publicly thus far, she is only at liberty to discuss those three. No details were provided on the other five conditions, as Jacobs said further discussions are to be held with Dutch State Secretary for Kingdom Relations and Digitisation Alexandra van Huffelen and she would like to give the state secretary the space to clarify the conditions.
The already-publicised three conditions are firstly that the 25 per cent salary cut of politicians has to remain in place; secondly, that government cannot borrow any more from the Netherlands and additional expenditures incurred to repay the (semi) public sector employees have to come from the country’s own budget; and thirdly, that the “Jacobs norm” to cap the salaries of top income earners in government and government entities at 120 per cent of the salary of the prime minister has to be approved by Parliament and needs to be implemented as soon as possible.
Jacobs said government is prepared to maintain the 25 per cent cut, which she indicated was part of her request letter to the state secretary. Government is also able to cover the payments to workers from its budget and liquidity support has not been requested. She said also that the legislation for the capping of the salaries of top income earners in government and government entities to 120 per cent of the salary of the prime minister has already been done.
“So, for St. Maarten, we do not consider that those stated conditions are a problem because we have already done those things and we are prepared to do that to be able to remove the 12.5 per cent,” Jacobs told reporters.
She said St. Maarten had worked on the trajectory to amend the legislation as it relates to the salary cap for top income earners.
“It has gone to our Advisory Council and returned just yesterday [Tuesday – Ed.]. So, that trajectory means it then has to have a ‘nader’ report – a further report – made by the government and then it goes via the governor to the Parliament.
“That in and of itself is a trajectory, so if that is being required as part of the stated conditions in the press, that alone will require a delay in the start of the de-escalation of measures, and we find that very unacceptable for the people of St. Maarten because the state secretary also said that she is in solidarity with the people – with the rising cost that they are experiencing and that she wants to move towards that,” Jacobs noted.
“So, I believe that the Dutch government should actually execute their intentions and do so, so that we are able to alleviate the stresses on the hard-working civil servants especially, those who are carrying out extra tasks to be able to execute our country package, who are being asked to work later, who are not complaining and are moving along with us because they understand the serious issues with liquidity.
“But as soon as we didn’t need liquidity anymore, that was the first question – when will these conditions be lifted – and I believe seeing that cost of living is increasing around the world, St. Maarten is not exempted from that.”
She alluded to the Caribbean Netherlands, where civil servants received a stipend. “Why is it that in this same Caribbean atmosphere, where we are a small island developing state, our people have to continue to suffer?”
Government is prepared to have further discussions with the state secretary to have the “other conditions” removed. “We will live up to continuing the trajectory of everything we have already agreed to in the Kingdom Council of Ministers and hope that that would suffice.”
In the meantime, Finance Minister Ardwell Irion said maintaining the 25-per-cent salary cut of politicians is a proposal that came from the government of St. Maarten.
“It wasn’t a proposal that came – a condition that came from them. Our proposal was, especially in my discussions and in the prime minister’s discussions, we will continue the 25 per cent on the politicians, we will continue working on the top incomes of the government owned entities and we have already implemented that law, basically,” Irion added during the same press briefing.
“What we do believe is that especially those outside of government and of government-owned entities and so forth, they should not continue to suffer. The solidarity has been met. It’s been two years since the pandemic. The economy is growing and we do not believe that everyone outside of government should be punished for political reasons because there is no other way to justify continuing the 12.5 per cent going forward, for a long-term period.”
Irion said that at the very least, government has also asked to have “a build down” to start to cut, “let’s say, from 12.5 to 6.25 [per cent] by the end of the year.”
He said also that the cuts no longer make financial sense, as the cuts reduce government’s wage tax, which he maintains is counterproductive to the overall goal.
“So, we will continue to fight. I’ve read that it has been postponed this morning [Wednesday] in the [Kingdom Council of Ministers] RMR. I think that’s a good first start, but I believe we need to have the conditions changed by the next RMR, in the next two weeks, to match what we are saying today – that in our current reality and if you really want to help the people of St. Maarten, as you claim you do, then you should lift the conditions of the 12.5 per cent.”