Driver of car assaulted after a scooter rider struck his vehicle 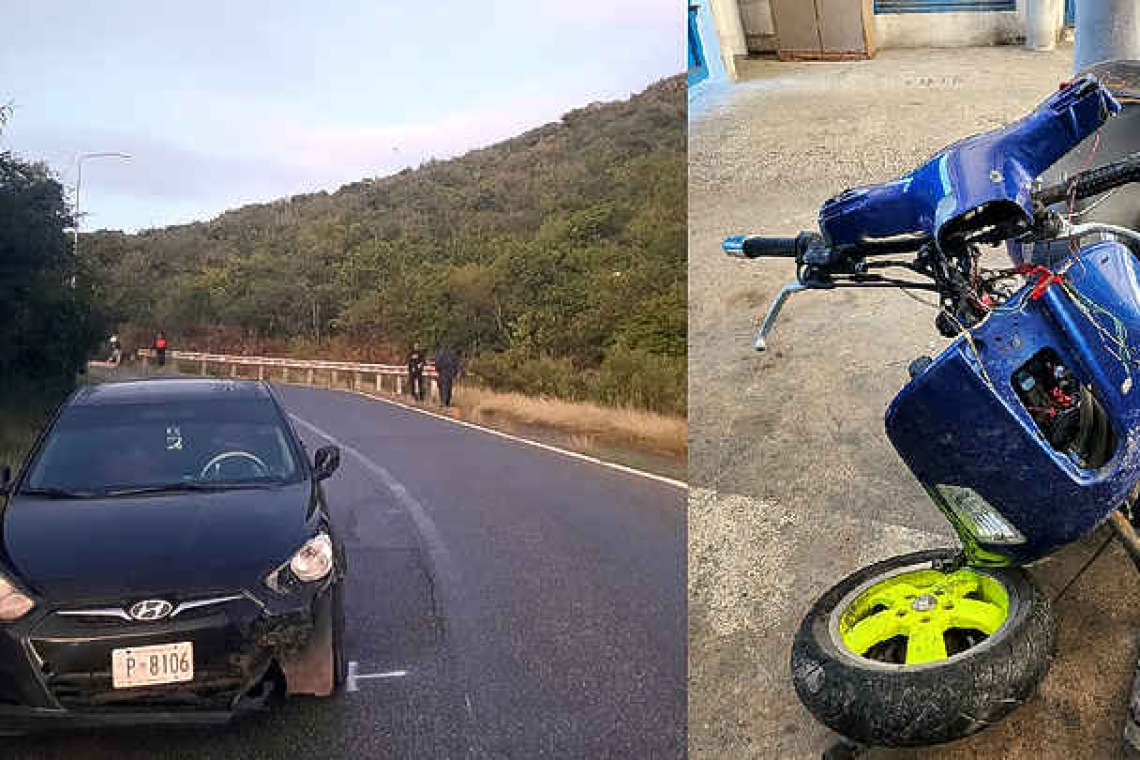 The driver of the black Hyundai fled the scene after he was assaulted by friends of the scooter rider who wrecked the front of his car.

PHILIPSBURG--A scooter rider was injured on Oyster Pond Road on Wednesday afternoon. The scooter rider had drifted into the left lane and struck an oncoming car and friends of the injured man assaulted the driver of the car.

When members of the St. Maarten Police Force KPSM Traffic Department arrived at the location, they encountered the injured driver of a blue Piaggio scooter. While ambulance personnel tended to the man, the police officers inspected the black Hyundai Accent the scooter rider had collided with. The car was empty; the driver had left the scene.

Some time later during the day the driver of the black Hyundai presented himself to the Traffic Department and gave an account of why he ran away from the scene of the accident. He told police that the scooter rider had played antics on the road and ended up in front of his car. After the collision, friends of the scooter rider who were with him on their motorcycles assaulted the owner of the Hyundai.

Police recorded noticeable swelling on the face of the driver of the car. After being questioned regarding the accident, the man was urged to press charges.

The KPSM Traffic Department recently recorded similar incidents, police stated. “Scooter riders who now mostly ride in groups have developed the audacity to assault other road users after a traffic accident. Bikers should now take heed that this kind of misconduct will not be tolerated and these situations will be dealt with.”