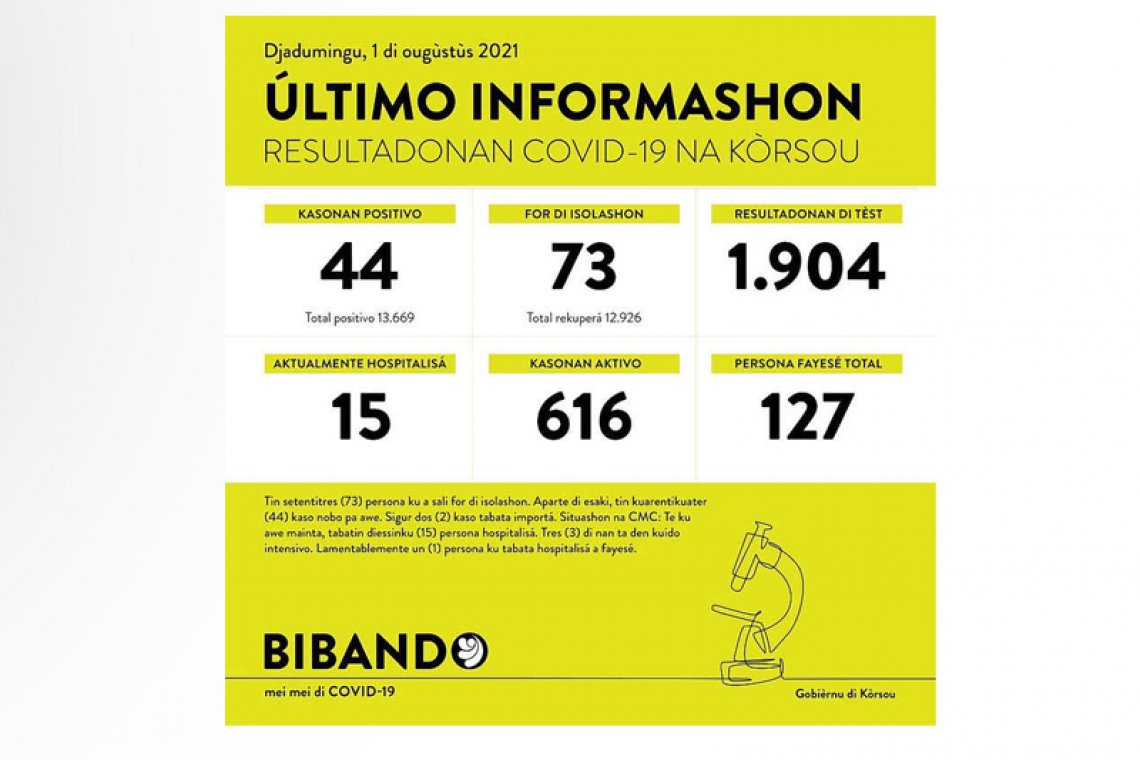 WILLEMSTAD--Curaçao on Sunday reported 44 coronavirus infections after 1,904 people including travellers were tested, two of them imported.

There were 73 recoveries, bringing the total number of active cases to 616.

Curaçao Medical Centre (CMC) had 15 patients with COVID-19 symptoms, three of them at the Intensive Care Unit (ICU). One victim died in the hospital. One hospitalised case was fully vaccinated.

On Saturday they recorded 59 infections after 1,836 persons were tested, none imported. There were 58 recoveries.

According to the Epidemiology Department, a thorough investigation showed that one case was listed incorrectly, so the necessary adjustment has been made.

On Friday, they announced 75 positive results from 1,700 tests, of which four imported. Eighty persons recovered that day, while one wrongly classified earlier infection was re-registered.