Criticism remains despite suspension of excavations 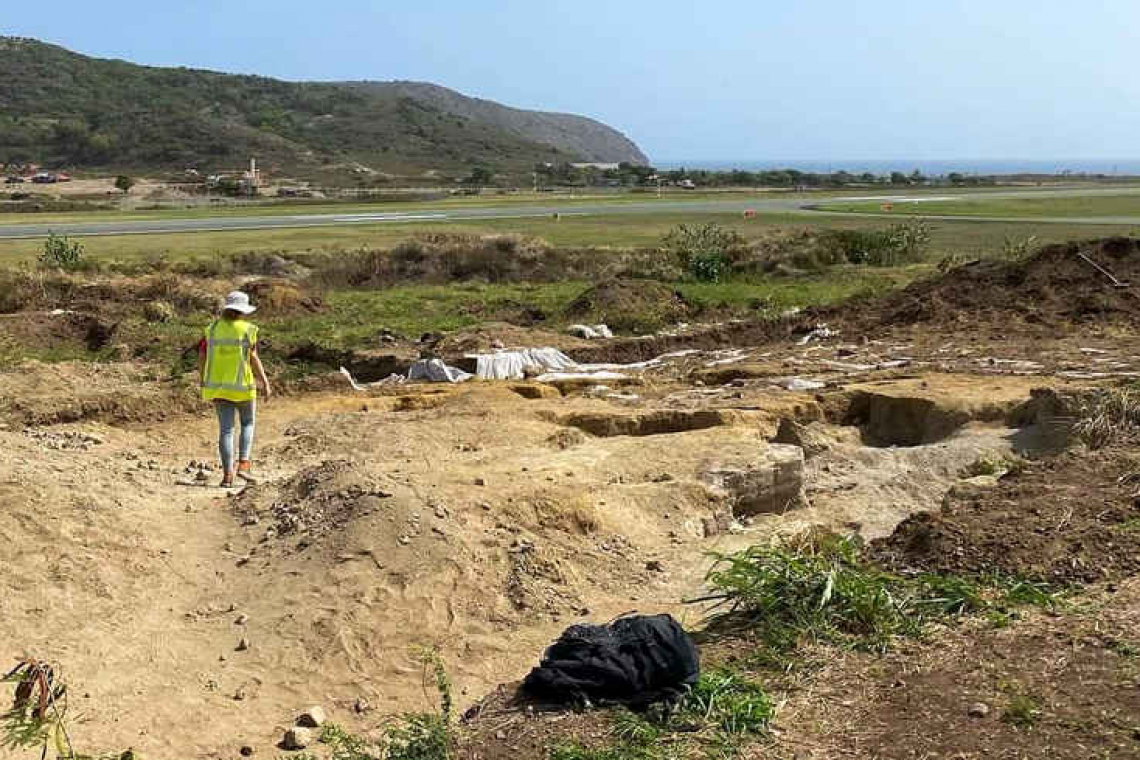 To date 71 burials have been excavated. (SECAR photo)

ST. EUSTATIUS--Despite suspension of archaeological excavations of enslaved ancestors on St. Eustatius, objections are still being raised by Ubuntu Connected Front (UCF) Caribbean, Brighter Path Foundation and the grassroots St. Eustatius Awareness and Development Movement (SEAD). They applaud this change in approach by the public entity St. Eustatius, but still have many questions and concerns.

UCF Caribbean chair Kenneth Cuvalay said the suspension of the excavation was good news. “It is smart that our unelected administrators on St. Eustatius have suspended their soulless digging and are going to set up a St. Eustatius Heritage Research Commission,” said Cuvalay.

However, suspension does not mean discontinuance, he said, wondering whether investigations of mortal remains in laboratories outside of Statia would also be halted.

According to Cuvalay, many people in Statia do not trust the work of St. Eustatius Center for Archaeological Research (SECAR). “The same organisation secretly disturbed graves on the west side of the island, and left them in a deplorable state,” he said.

The organisations wonder who will be in the group of experts to be formed by the public entity. Friends of SECAR? More parachuted civil servants from the Dutch mainland?  We have no conservation experts on St. Eustatius, apart from the very self-proclaimed experts who decided to poke around, remove hallowed human remains and artefacts, if only to declare that it was scientific work. None of them were born on St. Eustatius, and yet they broke the faith of their own international archaeological codes.”

Despite raised concerns, letters written and almost 1,000 signatures under a petition, government has still not responded.

“From what we read in government’s press release, our urgent call for more transparency and structural engagement with the descendant community is still not guaranteed. We want a seat at the table. We want to have an input in the decision-making process. We want our voice included in research planning, design and interpretation as well. The announced decisions of the government all sound nice, but are in fact a farce to appease the growing public pressure we made through our letters, the online petition and media exposure.”

The protest organisers demand an excavation plan with input from the community and scientists from the African diaspora, and the establishment of a scientific research protocol including a definitive timeline for completion.

They also call for respectful treatment of the ancestral remains; plans for their reburial at the original site; “Africa-focused ceremonies as selected by the offspring community; and placement of a permanent memorial on the site at F.D. Roosevelt Airport.

In addition, the protestors ask for input into who will be on the committee of experts and the research commission.

They also call upon SECAR to restore the burial site on the Godet plantation and to return the human remains. All remains of the Golden Rock burial ground should be returned to the island.

“We hold the researchers of the excavations accountable for not having followed common practices of community archaeology,” Cuvalay said. Structural engagement with the public is common practice in modern archaeology. The research team has failed to properly implement this, in his opinion, “especially considering that it concerns a burial ground of our African ancestors, who were victims of horrendous crimes committed against humanity. We regard this as evidence of deep contempt and academic misconduct. It reflects the hundreds of years of racism and white supremacy that we are not prepared to deal with any longer.”

The organisations want the research team to be replaced and to have more Africa-centred archaeologists in charge.

“We need a more collaborative and participatory archaeology in the Netherlands, that has the ethics and sensibility to go into dialogue with us as the African-descendant community. We need to start an urgent debate on decolonising Dutch archaeological regulations and practices.”

The organisations feel there is a need to extend the debate to a global level as there are many more African burial grounds “at risk” in the Americas.