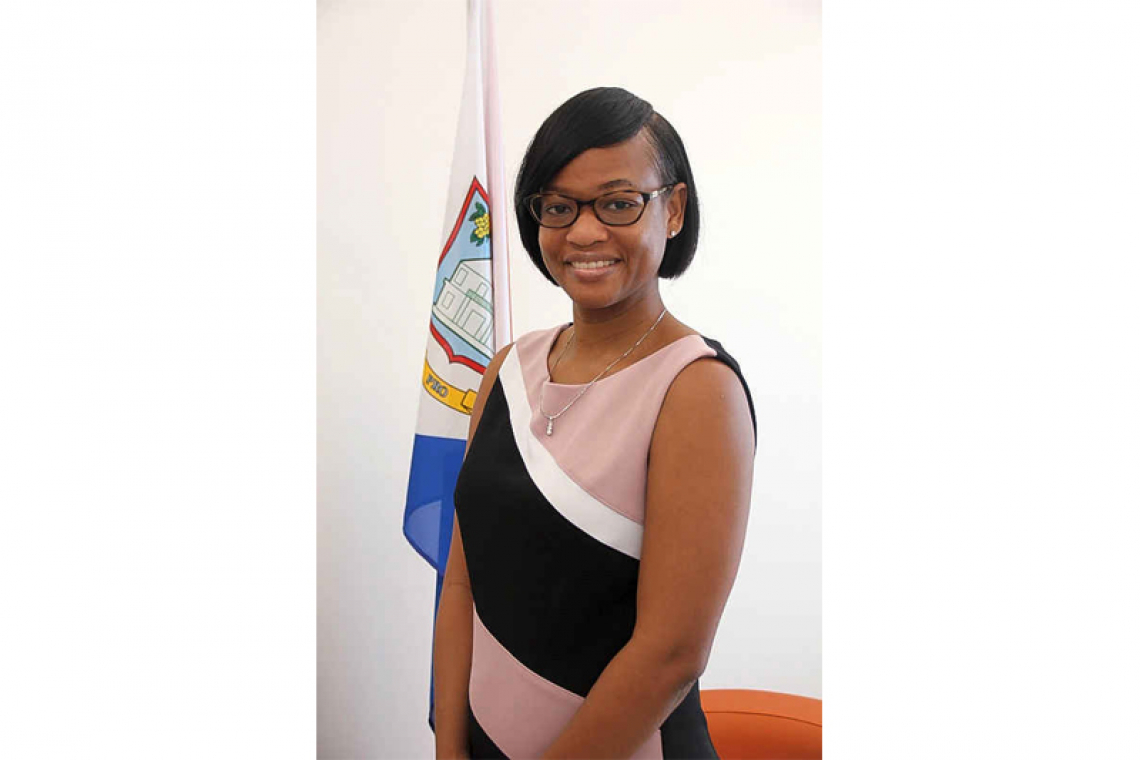 PHILIPSBURG--The Council of Ministers has approved Julisa Frans-Labega to become St. Maarten’s member on the Committee for Financial Supervision CFT.

Finance Minister Ardwell Irion announced government’s decision during the live Council of Ministers press briefing on Wednesday. The three-year term of the St. Maarten representative on the CFT, Russel Voges, came to an end as of October 1, leaving St. Maarten without a representative. For another candidate to be appointed, St. Maarten has to nominate a candidate to the Kingdom Government RMR, which appoints the candidate.

Irion praised Frans-Labega’s high work ethics and commitment to tasks she is assigned. He said Frans-Labega is believed to be the first and probably the only person, a few years ago, who had been hired on the spot by a delegation that went to the Netherlands for a hiring programme initiated by government.

He said she has worked very hard in government, has committed herself and is a very accountable person. “Anyone that has worked with her in the last few years, knows how serious she is when it comes to getting the job done,” Irion said. “That is probably the most admirable thing, I believe, in our new member to be – is that she is serious when it comes to her work and also serious in getting the job done. Her accountability level is respected,” the minister said, adding that he looks forward to Frans-Labega being on the CFT and representing the country well in the future.