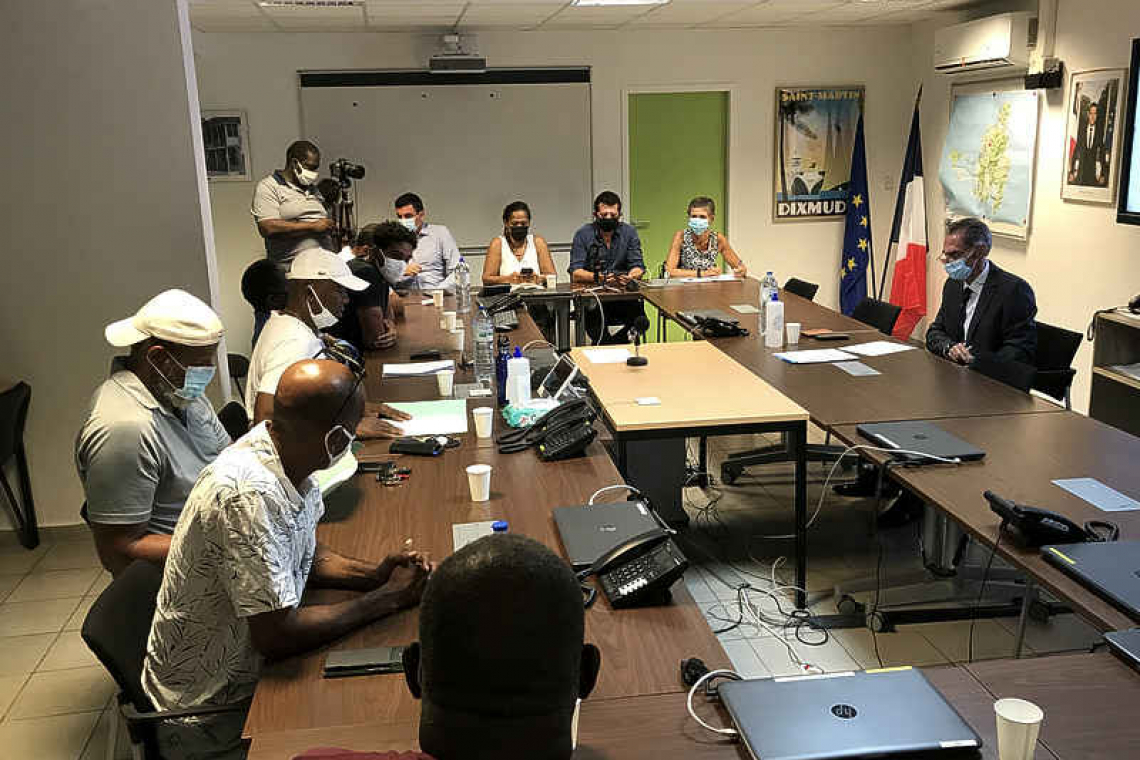 MARIGOT--Relations between Préfet Serge Gouteyron and the main negotiating collective, now referred to as the “collective of collectives”, are still particularly tense, as evidenced by the latest meeting between the two last week.

Instead, delegation spokesperson Lenny Mussington remonstrated with Gouteyron for his “contemptuous, condescending and provocative remarks” at a filmed press conference where Gouteyron referred to the anti-vaccination and health pass protestors, in English and French, as “tyrants” with an objective to create “chaos and disorder” and “bend the authority of the préfet.”

“These words show unacceptable repression,” said Mussington. “Before continuing our negotiations, in the name of the people of St. Martin, we ask you to apologise to the people.”

Gouteyron responded by repeating that his door is always open.

“I spoke of tyrants in a general way because many people have had enough of demonstrations and blockades,” he said. “I am here to work in a spirit of serenity for the well-being of the population. I love people and I am committed to advancing projects in conjunction with the population, the district councils and associations.

“We will meet again at a date that we will define together and when the conditions are right to work constructively.”

With that the delegation walked out with nothing more achieved. The ball is once again back in the court of the collective, but a truce still seems a distant reality.