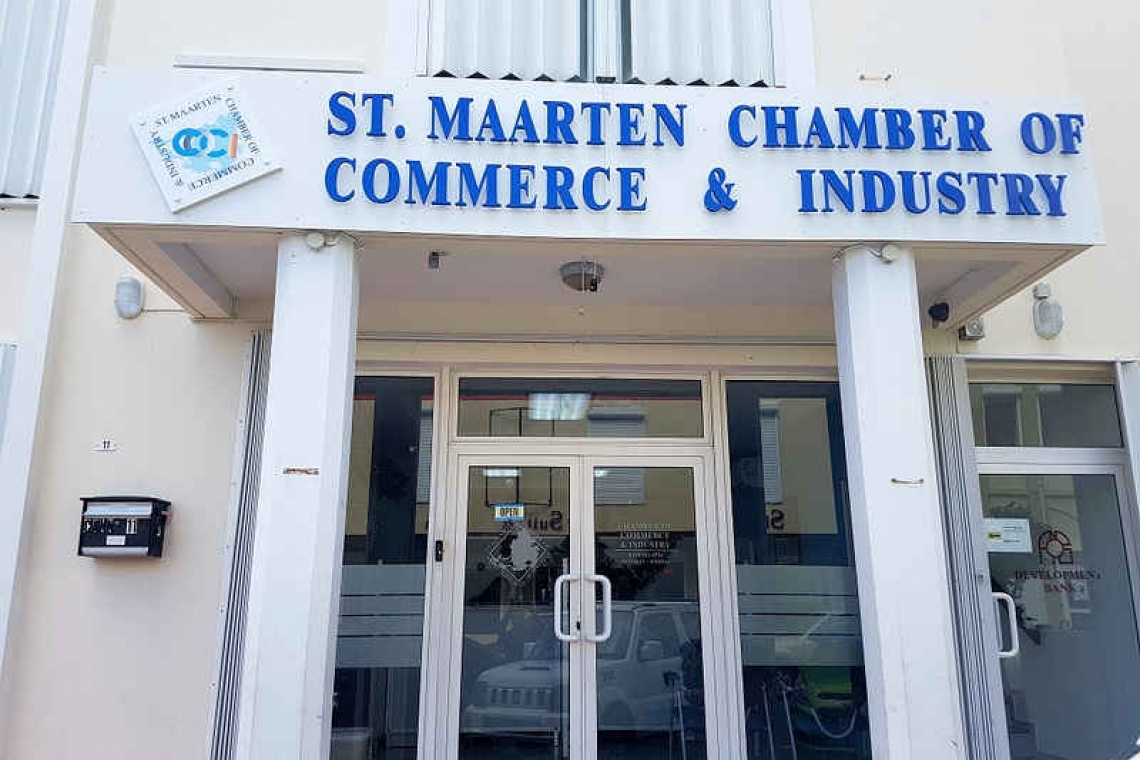 ~ Names to be submitted to the Prime Minister for SER ~

PHILIPSBURG--The St. Maarten Chamber of Commerce and Industry (COCI) says it is in the final phase after steering the process leading to the establishment of the “Soualiga Employer Association (SEA).”

“The establishment of the SEA is part of the process of nominating various representatives to the high council of state, the Social Economic Council SER,” said COCI in a press release. “A list of names will be submitted to the prime minister hopefully by the end of the week of September 7.”

On Friday, President of the COCI Supervisory Board Benjamin Ortega said that back in April COCI was mandated by the prime minister and given the task to follow a legal and sound process where names would be submitted to fill the positions on the SER based on the establishment of an umbrella employer organisation to ensure a better representation of employers’ organisations on the board.

“The appointment of the 2020-2023 board was put on hold until a new structure was put in place,” according to the release.

“We have read in the media several times, press releases and statements made from another Employer Council that according to the aforementioned, are made up of four associations that are known to the island. Members of one of these associations has been on the board of SER for a number of years and is aware of the request of the prime minister with regards to the establishment of SEA through COCI.

“We took a holistic approach regarding this very important process that we were tasked with to carry out on behalf of the government. We consulted with a number of broad-based stakeholders and worked in unison according to the procedures of good corporate governance to reach the final stage of this process.

“We have ensured that the right process has been followed and that all major employers have had the opportunity to be included and ultimately be a part of the SER,” said Ortega.

“In addition, letters were sent to government-owned companies to inform them and request if they would be interested in joining the SEA,” said the release.

Ortega added, “Although we are still in the process of engaging with as [many – Ed.] relative businesses and associations to ensure we have a balanced representation in the names that we will put forward to the prime minister’s office, we are extremely surprised and disappointed in the lack of inclusion and respect that the Employer Council has shown towards the country by disregarding the SER and the mandated request from the prime minister.

“The SER is not a pressure group, and hijacking the process of the request of the country’s government without acknowledging nor contacting or including COCI, SER or any other businesses or associations can be considered presumptuous and disrespectful.

“It is important that the country has a SER board with a variety of businesses and government-owned companies that represent a large group of persons. As an independent advisory body, the SER is comprised of independent experts, employee representatives (unions) and employer representatives (various companies/business owners through the SEA).

“The combination of employer, employees and independent experts in the SER, is the only official tri-part constellation which is in line with international best practices and the international United Nations Charter standard for organisations such as the SER.

“Through the mandate given by the prime minister, the SEA is required to present three permanent members and three substitute members for the appointment on the SER board.

“We are now in the final stage at this juncture. The SER needs to be up and running as soon as possible due to current socio-economic challenges brought on by the COVID-19 pandemic. Broad-based representation is needed in order to deal with the uncertainties that our country is currently facing for the foreseeable future.

“The SEA remains open to all businesses and associations who would require their voice being heard at the level of the SER to ensure a balanced representation across the board. [For those] interested in participating, contact should be made with COCI for details and confirmation,” Ortega concluded.