Clashes between bands of youths and Gendarmes continued Tuesday night 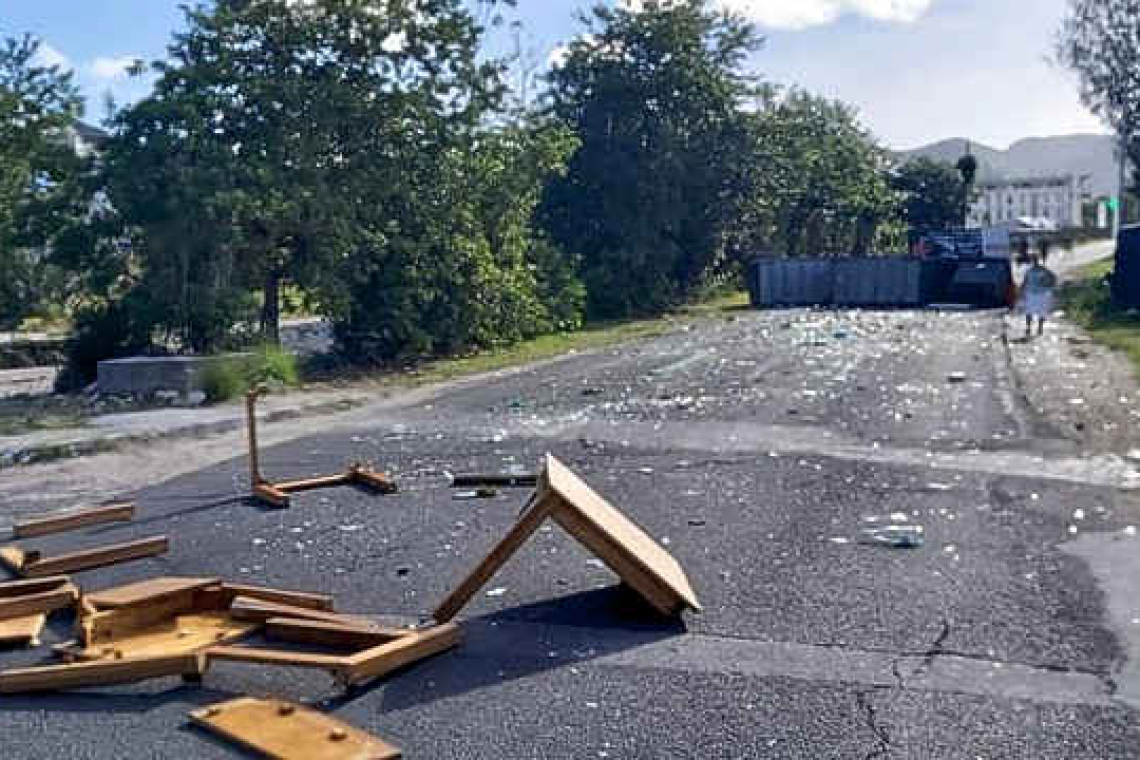 The scene in Baie Nettle on Tuesday (Le Pélican photo)

MARIGOT—Violence in Marigot perpetrated by gangs of youths continued Tuesday night as social unrest escalates on the French side. The Gendarmerie described the first part of the night as “very agitated.”

Fires were lit in St. James, Lowtown and Agrément. Flares and Molotov Cocktails were hurled at Gendarmes but no injuries to Gendarmes were reported.  In Sandy Ground youths wreaked havoc in the district.  A laundry business was attacked and damaged.

As of Wednesday morning, Sandy Ground is currently blocked, but traffic circulation is not affected in other areas. Lieutenant Colonel Wintzer-Wehekind disclosed an attempt at erecting a barricade in French Quarter at 4:00am was foiled by Gendarmes who nevertheless had stones and Molotov Cocktails thrown at them.

The barricade was removed and one individual arrested. A scooter was also seized for destruction as it was not roadworthy. Multiple offences were committed.