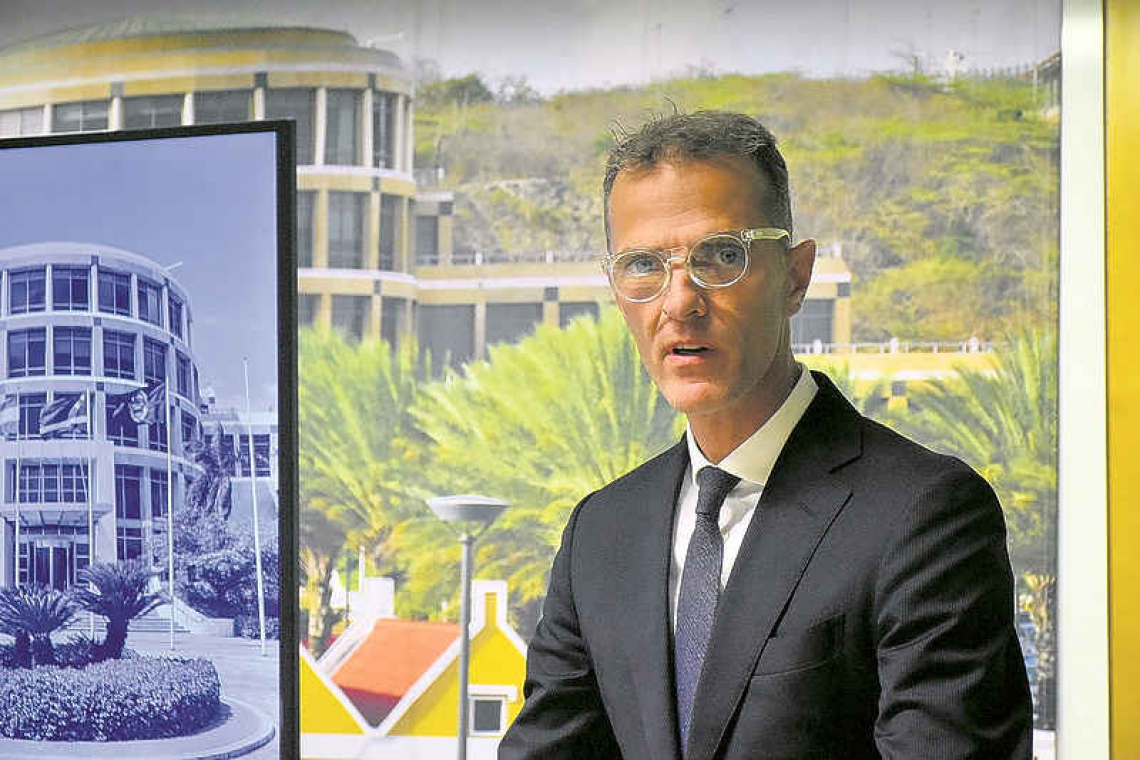 PHILIPSBURG--The Central Bank of Curaçao and St. Maarten (CBCS) said information shared recently on the “What do you earn” programme on BNNVARA was incorrect.

According to the BNNVARA programme, CBCS Director Richard Doornbosch’s income is 460,000 euros per year. This would have meant that he earned more than De Nederlandsche Bank (DNB) director Klaas Knot.

CBCS said in a statement issued a day after the programme aired that while it does not share salary information with the public, it “wishes, however, to make it clear that the information shared in the programme is incorrect.”

The salary of “the Executive Board is well below that of the Board of Directors of De Nederlandsche Bank. The salaries are in accordance with the established remuneration structure and taking into account the severity and responsibilities belonging to a Central Bank board,” CBCS said in a press release.

“As communicated in 2020 by the Supervisory Board (SB) of the CBCS, for the approach to this remuneration structure a benchmark study of the terms of employment was carried out by an independent agency with expertise in the field.

The Supervisory Board subsequently developed a new remuneration structure at the end of 2017, based on the results of that investigation.

The CBCS intends to point out in writing to the programme-makers that they have incorrect information which has unnecessarily caused consternation within the community.

According to an article in the Amigoe newspaper, in June last year there was also a fuss about the CBCS president’s salary. Then-candidate Doornbosch would earn a gross salary of more than 45,000 Antillean guilders per month, which was well above the Rhuggenaath norm, with directors’ pay not to exceed NAf. 20,000 per month (130 per cent above a prime minister’s salary).

Last year’s consternation also took place in the middle of the COVID-19 crisis, when the Netherlands stated as a condition for financial support that the government should cause 12.5 per cent of the terms of employment package to be surrendered on an annual basis. Solidarity should also be shown at CBCS, an insider reported at the time.

Due to the fuss, CBCS said it had developed a new compensation structure at the end of 2017. The total salary cost of the CBCS management would have been reduced by no less than 39 per cent on an annual basis.

Doornbosch was officially appointed as President of the Central Bank in August 2020. His predecessor Bob Traa resigned from the position at the end of 2019.

Doornbosch is a monetary economist with more than 20 years of experience in the financial sector, international organisations and public administration. He was deputy administrator at the International Monetary Fund (IMF) in Washington, DC, where he co-led the Dutch/Belgian constituency within the IMF board.

“What Do You Earn?” is a quiz about the amount of a person’s salary. Two panels compete led by presenter Astrid Joosten for a prize that they have to give away again at the end. In the new episodes, lawyers, sex workers, public administrators and athletes reveal what they earn.

Joosten: “This programme breaks the very last taboo in the Netherlands: the amount of your salary. The whole of the Netherlands can look into someone else’s wallet. In the first episode about lawyers, a lawyer, a notary and a judge reveal exactly what they earn. And as a viewer you get plenty of salary tips every week.”