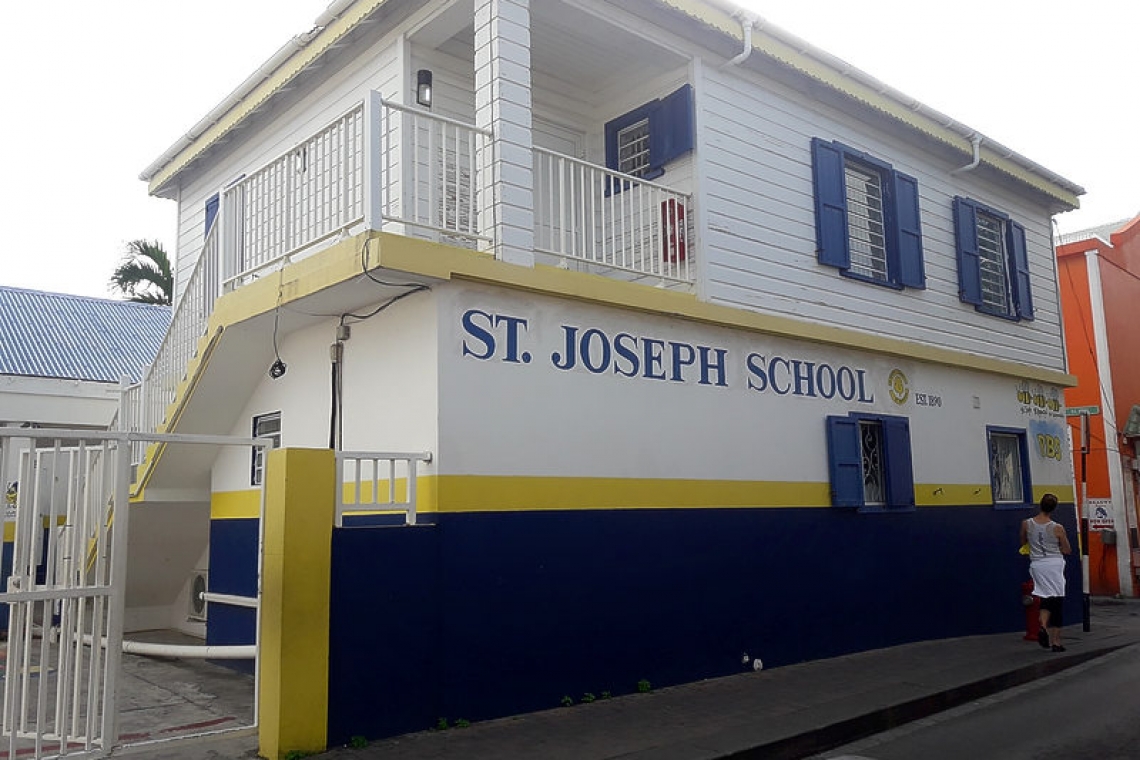 PHILIPSBURG--St. Catharina Stichting (SCS), a religious foundation based in Brielle, the Netherlands, has lost an injunction filed in January against Foundation Catholic Education (FCE) St. Maarten concerning the sequestration of three parcels of land on Front Street where St. Joseph School is located. This emerged from a Court of First Instance ruling of February 28, which was published online on Monday, March 3.

SCS, which was founded in 1952, is aimed at education and nursing “under the religious leadership of the Sisters,” who are also members of the congregation. FCE was established in 1970 and seeks the promotion of education in St. Maarten.

Step-by-step, FCE took over the educational activities of SCS, which terminated all of its activities in St. Maarten around 1990. On February 20, 1990, SCS transferred the economic ownership, including management and operation of St. Joseph School, to FCE.

In June 1990, SCS, which remained the legal owner of the school premises, wanted to sell the property for a price of US $1,000 per square metre to a third party identified in the verdict with the initial “Z.”

The sale was to come into effect from the moment the school was returned to the legal owner. The congregation expected this to happen in September 1992, but this proved not the case.

FCE sought to prevent the sale and on September 2019 it obtained the Court’s permission to impose a precautionary seizure of delivery (“conservatoir beslag tot levering”) on the three plots of land, which was received and entered into the public registers at the Cadastre Foundation Land Registry and Mortgages.

In the injunction, St. Catharina Foundation called on the court to lift the attachment and to prohibit FCE from imposing any other attachments, with a penalty in case of non-compliance and an order for the defendant to pay the costs attached to the proceedings.

FCE stated it has a vested interest in the delivery of the plots of land to it, as it has invested heavily in the school building, adding that the school function is at risk if the plots are sold to a third party.

The judge in the injunction said that in the deed of transfer of economic ownership of February 1990 no timeframe was agreed on with regard to the right of use of the land.

According to the provisional judgment of the Court of First Instance, the defendant’s interest in maintaining the attachment outweighs the plaintiff’s interest in having it lifted to fulfil an old purchase agreement which dates back to 1989.

The Court agreed with FCE that it was “plausible” that as soon as the attachment is lifted and the purchase effected, there is a considerable risk that the school function of the buildings on the premises will be “impaired.”

The judge largely rejected the religious foundation’s claims. The attachments are to remain in place and the requested ban on new attachments was rejected.

As the largely unsuccessful party, plaintiff SCS was ordered to pay the costs of the proceedings, amounting to NAf. 1,500 in attorney’s fees.