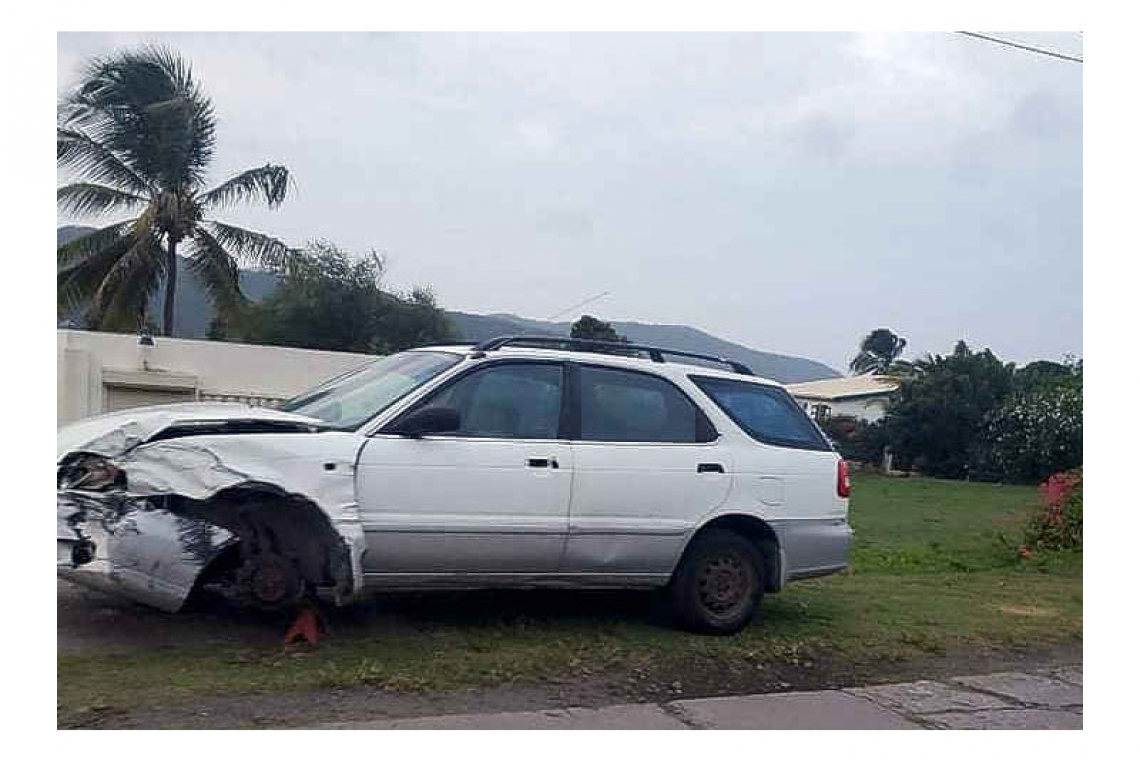 The vehicle that crashed into a wall on Dr. H.A. Korthalsweg on Saturday, October 9.

ST. EUSTATIUS--A collision between a car and a scooter took place on Dr. H.A. Korthalsweg in St. Eustatius on Monday, October 11.

The driver of the scooter hit the back bumper of a vehicle, which caused the driver to fall off the scooter, the Caribbean Netherlands Police Force KPCN reported on Wednesday.

The scooter driver was taken by ambulance to Queen Beatrix Medical Centre (QBMC) for medical treatment.

The incident comes on the heels of another road accident which also occurred on Korthalsweg on Saturday, October 9. In that one-sided collision the driver of a car lost control of the vehicle and crashed it into a wall.