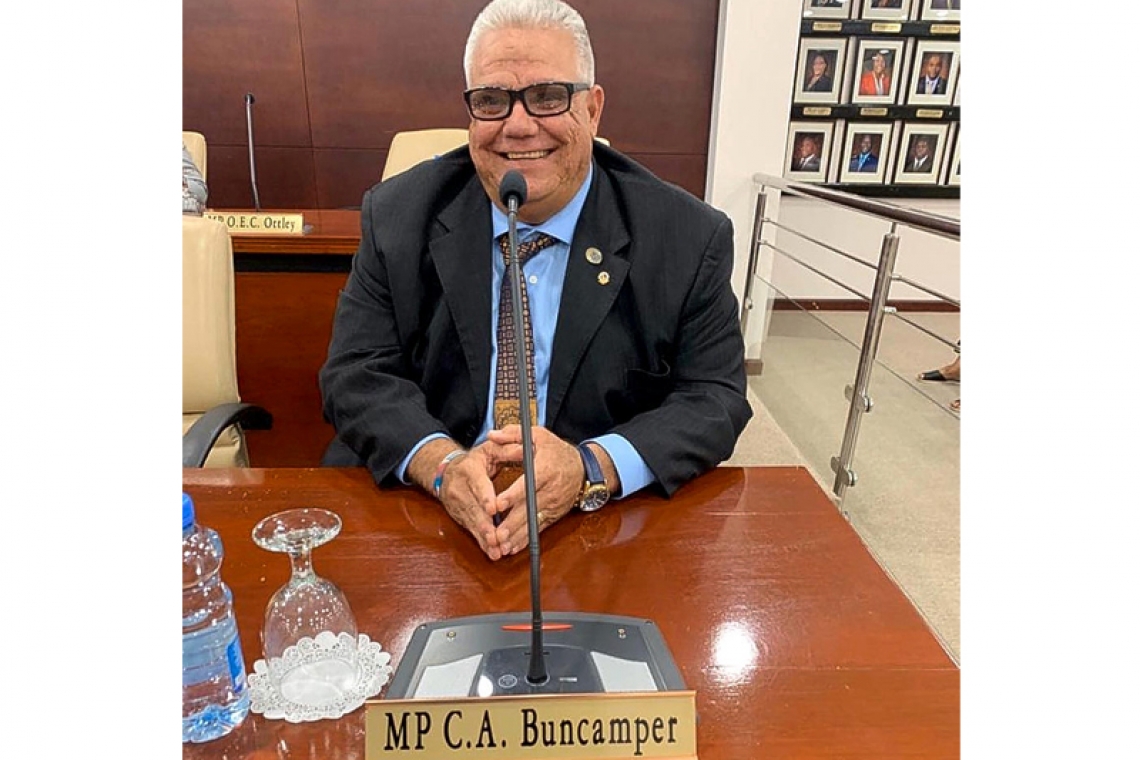 PHILIPSBURG--United St. Maarten Party (US Party) Member of Parliament (MP) Claudius Buncamper has sent a letter to the Chairperson of Parliament’s Ad-Hoc Committee for Electoral Reform, Grisha Heyliger-Marten from the United People’s (UP) party, requesting that she convene a meeting to address the matter of electoral reform.

This should start with an evaluation of the existing proposals that aim to address the current situation with the objective to present a legislative amendment.

Buncamper said in his letter all political parties that contested the January 9, snap parliamentary election raised the issue of electoral reform with the main concern being the ease with which Parliament is dissolved, resulting in early elections. The consequence of government losing the confidence of Parliament has more often than not resulted in the Prime Minister dissolving Parliament by invoking Article 59 of the Constitution.

Buncamper expressed his concerns with, amongst other things, the cost associated with the outgoing members of the various cabinets in the form of severance pay and other benefits, and the interruption of continuity in government.

He said lawmakers, at the time of passing the electoral legislation and establishment of policies, surely did not take into consideration a situation in which instability in government would be as frequent as it has proven to be in St. Maarten during the last 10 years. “Our country needs stability and the ability to operate in an environment which is conducive to creating such stability,” the MP said. “Parliament, therefore, has the responsibility to pass the necessary legislation to create that environment.”

Buncamper would like the committee to address the severance pay and benefits currently enjoyed by outgoing ministers and parliamentarians after dissolution of Parliament in the context of the budgetary burden on the country’s treasury as well as the influence this may have on the Prime Minister’s decision to dissolve Parliament.