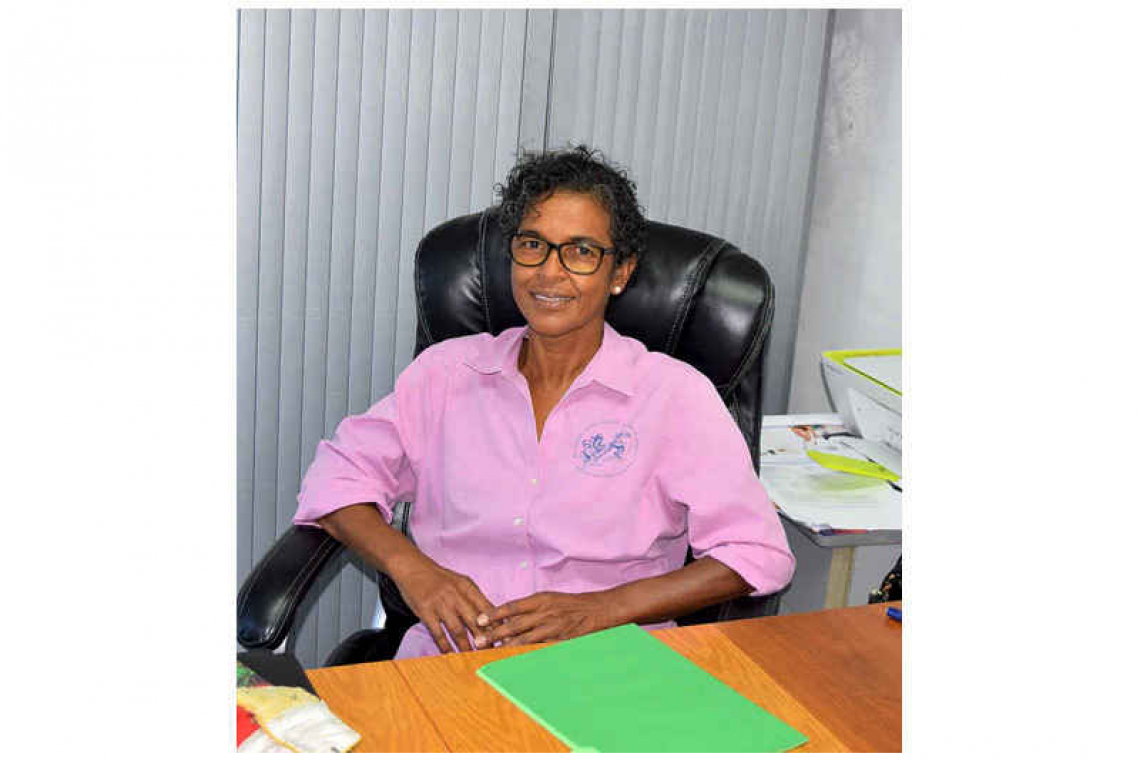 ~ Founder Merlyn speaks about experience through the years ~

SUCKER GARDEN--With music, dance, and an abundance of cake and popcorn, After School Activities (ASA)/No Kidding with Our Kids Foundation celebrated its 25th anniversary in a festive atmosphere at its home at the Lion’s Den in Sucker Garden on Thursday.

One of the pioneers in after-school care in St. Maarten, ASA got its start in the turbulent days post-Hurricane Luis. The island’s youth needed safe, caring, and well-managed learning environments after the last school bell rang. ASA answered the call and over the years has hosted a variety of activities, such as summer camps, workshops and, of course, its after-school programme, which coalesced into its current form in 2003.

After moving to the island from Curaçao in 1993, ASA founder and director Merlyn Schaminee-Miguel, by then already well-versed in youth care, started hosting after-school activities some three months after the passing of the 1995 hurricanes. ASA was officially founded on February 11, 1996, under the umbrella of Foundation Catholic Education Windward Islands.

This went so well that The Daily Herald (TDH) named Schaminee-Miguel its Woman of the Year in 1997 – a clipping that she framed and has hanging on the wall above her workspace in the Lion’s Den up to today.

From a peak of more than 300 attendees in the past, ASA usually caters to between 100 and 150 St. Maarten youngsters. However, because of the ongoing pandemic and social distancing requirements, the after-school programme now has 60 children in its two locations.

While many of these youngsters were doing various activities with their youth leaders, Schaminee-Miguel sat down with this newspaper in her office to briefly speak about the past 25 years and the innumerable years to come. This was followed by a tour of the location, ending at ASA’s greenhouse outside. This greenhouse is something of which Schaminee-Miguel, a known green-thumb, is particularly proud. 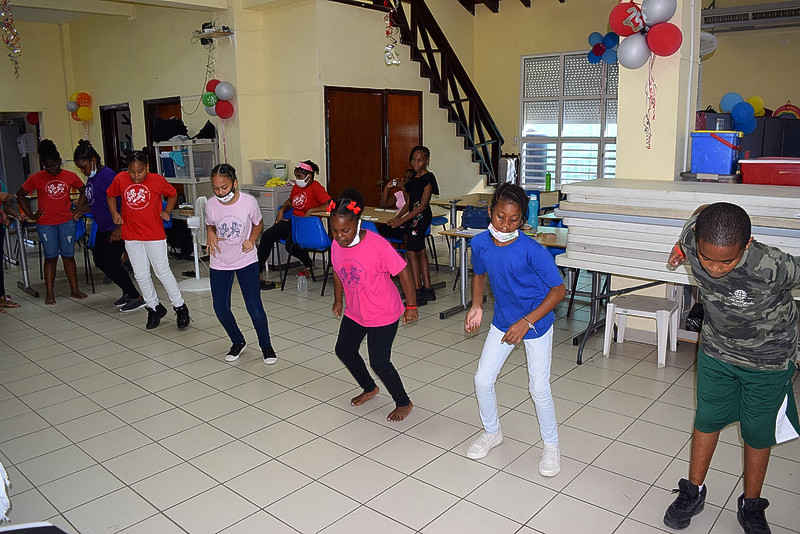 TDH: Today ASA made its 25th anniversary. How does it feel to be so old?

So old and so young at the same time! It feels good because we have accomplished a lot through the years, with all the ups and downs. You learn to keep on striving, keep on looking for what you are aiming for, which is the children, that you have prepared them and moulded them into persons that would make an impact.

It feels good, especially when I look back through the pictures and say, “This one is doing that now, this one is in that position.” They all passed through our education in the afternoon. And looking back, all those people who have worked by ASA, even our Prime Minister [Silveria Jacobs – Ed.]. She worked as a homework teacher at one time.

ASA founder and director Merlyn Schaminee-Miguel (right) joins in a group photo of the children. 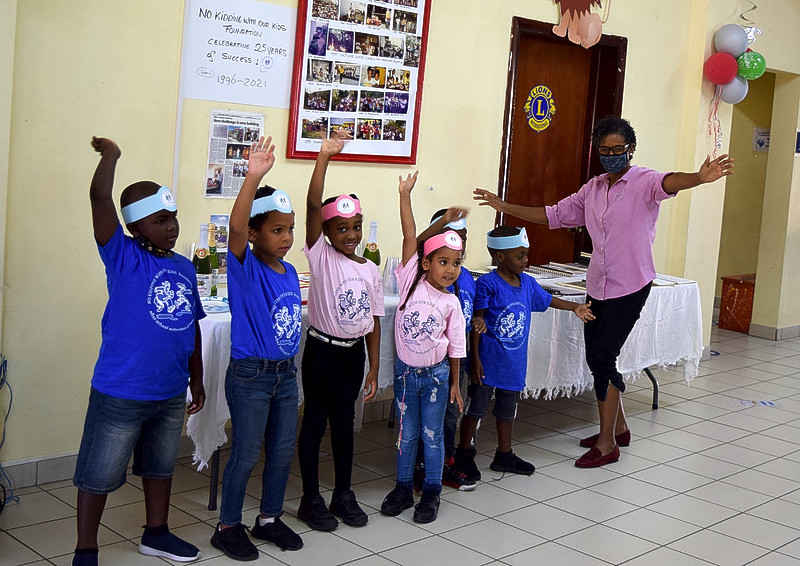 TDH: Tell me a little about how ASA started.

I have to, first, go one step back. Because when I was in Curaçao, I was working at Jeugd Centraal Curaçao [Youth Central Curaçao] and I had a lot of contact with other organisations from all the [Dutch Caribbean] islands. Then it was once that Mr. [Mathias] Voges, he visited my office at JCC and he said, “Can you also do this programme in St. Maarten? We need a programme like this.”

So, I wrote the project for him. He came to St. Maarten and tried it, but it didn’t work the way he wanted it to work. When Hurricane [Luis] hit in 1995, after that he told [me again] that our children need something like an after-school programme. In the meantime, I had come to live in St. Maarten [from Curaçao]. He said, “Would you like the challenge to start with it here?” And I said, “Okay”.

TDH: What challenges have you faced throughout the years and what did the organisation do to overcome them?

When we started, our biggest challenge was that we did a lot of games with the children and parents did not like that too much, because they believe that children are supposed to be studying all the time. But, do not forget, our brain is divided in two. There is the creative part, and the cognitive part. And the creative and the cognitive must be in balance. It was a real challenge for us to let them know that children have to play.

The greenhouse that provides fresh veggies for the children’s lunches. 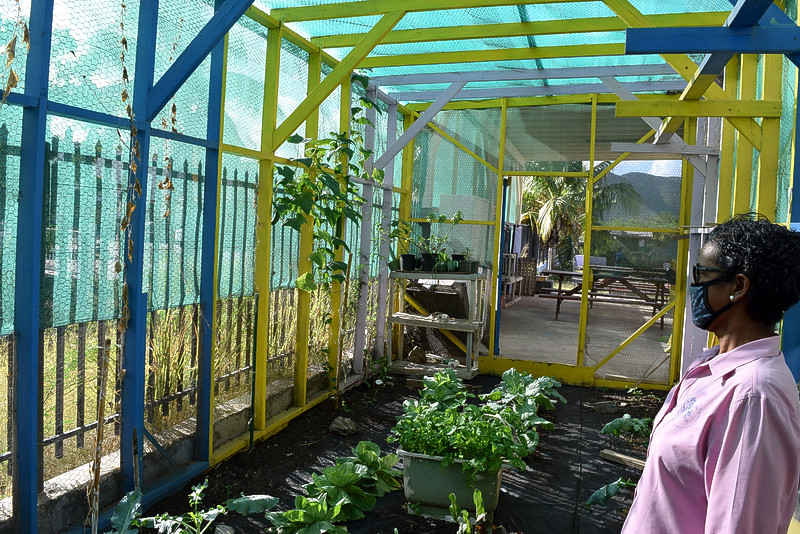 TDH: Out of everything in the past 25 years, what are you most proud of?

That we still exist! We had some challenging years, financially, and with the leaders. Every year has its challenges, but every year has its beauty too. We just closed the NRF [Nationaal Rampen Fonds] project, which was a very huge project of recycling and [about the] environment.

ASA children playing softball in the space behind the Lions’ Den. 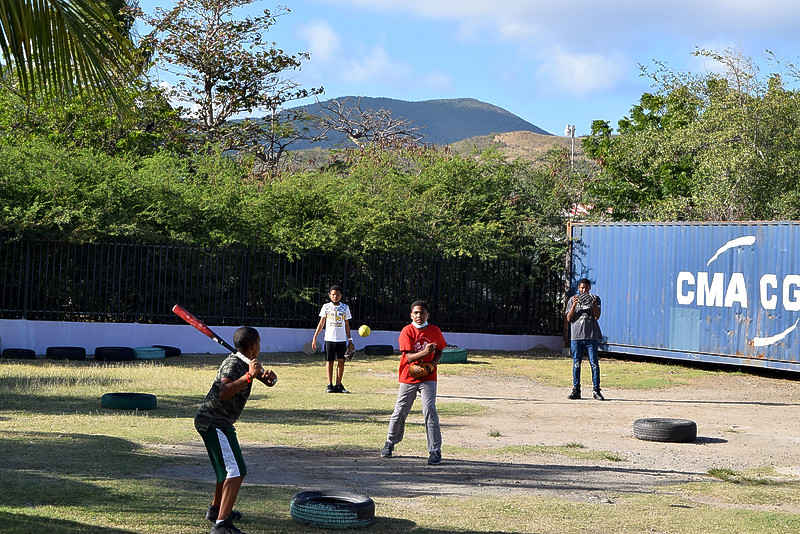 Next 25 years? I am hoping that some of the leaders that are working here can take it over. I do not want to be here until I cannot walk anymore. I believe in passing things over.

I have done that since the beginning, making sure to give youngsters the opportunity to learn, to develop themselves, and to find themselves in what they want to do. So, I hope that in a few more years – it can be five, it can be less, I don't know – but at least until pension age I will be here. After that, I think it is time for somebody else to take over, to come with new ideas.