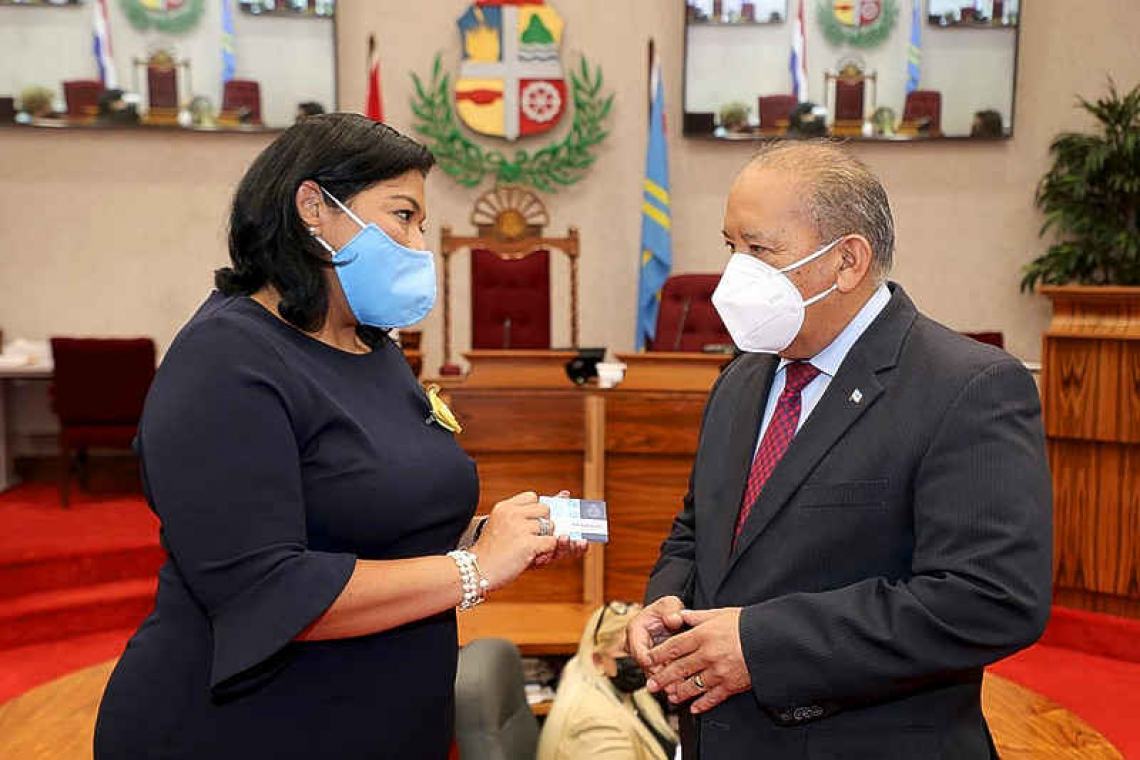 ORANJESTAD--Elections for a new Aruba Parliament will take place on Friday, June 25, it was announced on Thursday.

Together with interim Aruba Governor Yvonne Laclé-Dirks, Prime Minister Evelyn Wever-Croes on Thursday afternoon signed the official decree to dissolve the parliament and to fix the date for the new elections, June 25.

The date to submit the candidates’ list is May 7. Wever-Croes acknowledged in a press release that it was a very short period from now until the elections, but that the regulations and the period were stipulated in the Aruba Constitution when a government resigned before its legal four-year term.

Reportedly, two new parties will be partaking in the upcoming elections. That is if they manage to collect sufficient signatures to sustain their list. The two new parties are a party for the advancement of women, called MUHE (“Muhernan Uni Huntu y Emancipa”), and the party for animal rights MBA “(Mehoracion pa Bestia na Aruba”). Both parties are expected to present themselves to the public shortly.

Originally, the Aruba elections were slated for September this year. The Wever-Croes government, a coalition of three parties, MEP, POR and RED, resigned on Tuesday, March 31. Reason for the resignation was a criminal investigation into the POR party for reportedly embezzling public funds.