Apologies Central Bank for its role in slavery past 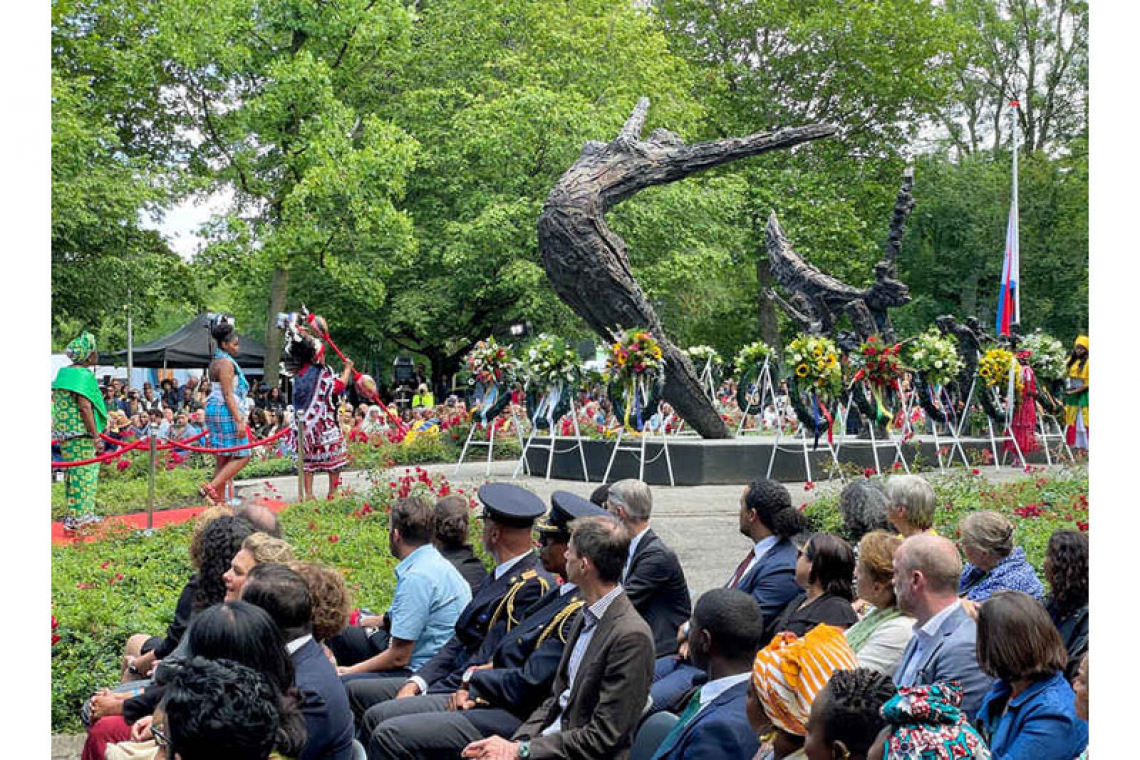 The wreath-laying ceremony during the ‘Keti Koti’ (Break the chains) commemoration in Amsterdam. (Suzanne Koelega photo)

AMSTERDAM--President of the Dutch Central Bank DNB Klaas Knot during the Emancipation Day commemoration in Amsterdam on Friday apologised for the role that the bank played in times of slavery and the Trans-Atlantic slave trade.

In front of hundreds of people at Amsterdam’s Oosterpark, Knot in his address apologised to the descendants of all enslaved people in the Netherlands, Suriname and the Dutch Caribbean, and specifically mentioned the six islands, for which he received a loud applause.

There was also a positive reaction among the guests for Knot’s announcement that DNB has allocated 5 million euros to establish a fund that will financially assist social projects in the area of education, healthcare, employment and others in the Netherlands, Suriname and the Dutch Caribbean islands.

DNB will reserve another 5 million euros to establish a Dutch slavery past museum and expertise centre. “We don’t only choose words, but we also opt for deeds which will hopefully contribute in the combat against racism, inequality and injustice,” said Knot.

“Apologies to all people who were treated by my predecessors according to their skin colour, who were referred to as an amount, merchandise, an inventory,” said Knot. The apologies followed the results of research by Leiden University which showed that DNB in the past contributed to slavery. 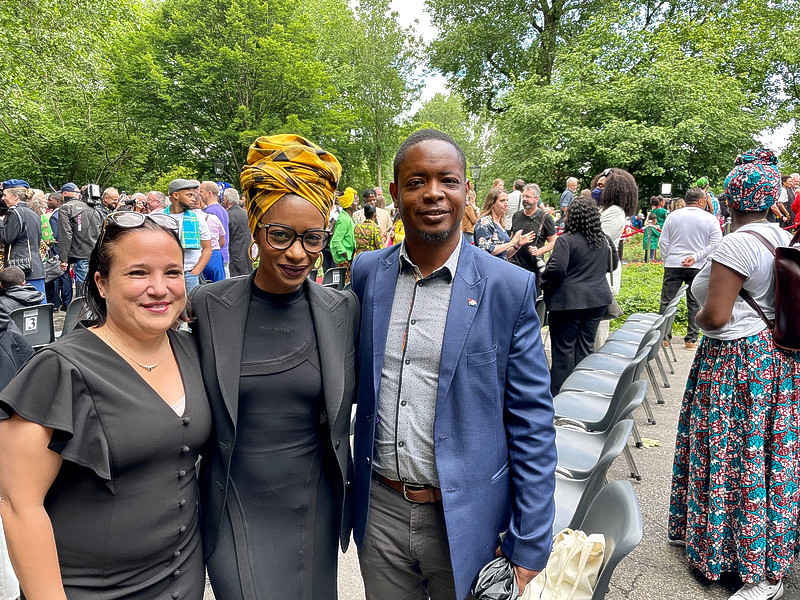 The founders and most board members of the Central Bank at the time were personally involved in slavery as plantation owners, it didn’t differentiate between clients who were and who were not involved in the slave trade, and DNB facilitated the payment of compensation to plantation owners after the abolition of slavery in 1863. Also, part of the money with which DNB was founded in 1817 was earned through slavery.

Dutch Minister for Legal Protection Franc Weerwind, whose ancestors were enslaved in Suriname, said that 2023 would be a special year when it is 160 years ago that slavery was abolished in Suriname and the Dutch Caribbean.

“Change is going to come. It will be a year in which we will anchor the change that we have worked on for so long. Everyone in the Kingdom will have the opportunity to learn more about our shared past and to get closer to each other. All obstacles have to be removed. All that needs to be said, must be said. All that has to be done, must be done. I believe in a shared future,” he said.

Chairperson of the Netherlands Institute for the Slavery Past and its Legacy NiNsee Linda Nooitmeer noted that Friday was the 20th commemoration of Emancipation Day, also referred to as ‘Keti Koti’ (Break the chains). “We are past the silence and not a soul this day will deny the slavery past,” she said, noting the increased attention and the apologies that have been expressed by Amsterdam, Rotterdam and the ABN AMRO Bank.

“Now is the time to work on the effects of the slavery past that many of us still feel to this day in racism, discrimination, in systems. We should not get lost in symbolics. Historic consciousness should lead to behavioural changes. That is not easy,” said Nooitmeer.

As always, the national commemoration, organised by NiNsee, was attended by representatives of the Caribbean part of the Kingdom. St. Maarten Minister Plenipotentiary Rene Violenus, Curaçao Minister Plenipotentiary Carlson Manuel and Acting Director of the Aruba House Glenda Hernandez laid wreaths at the slavery monument. A minute of silence was observed.