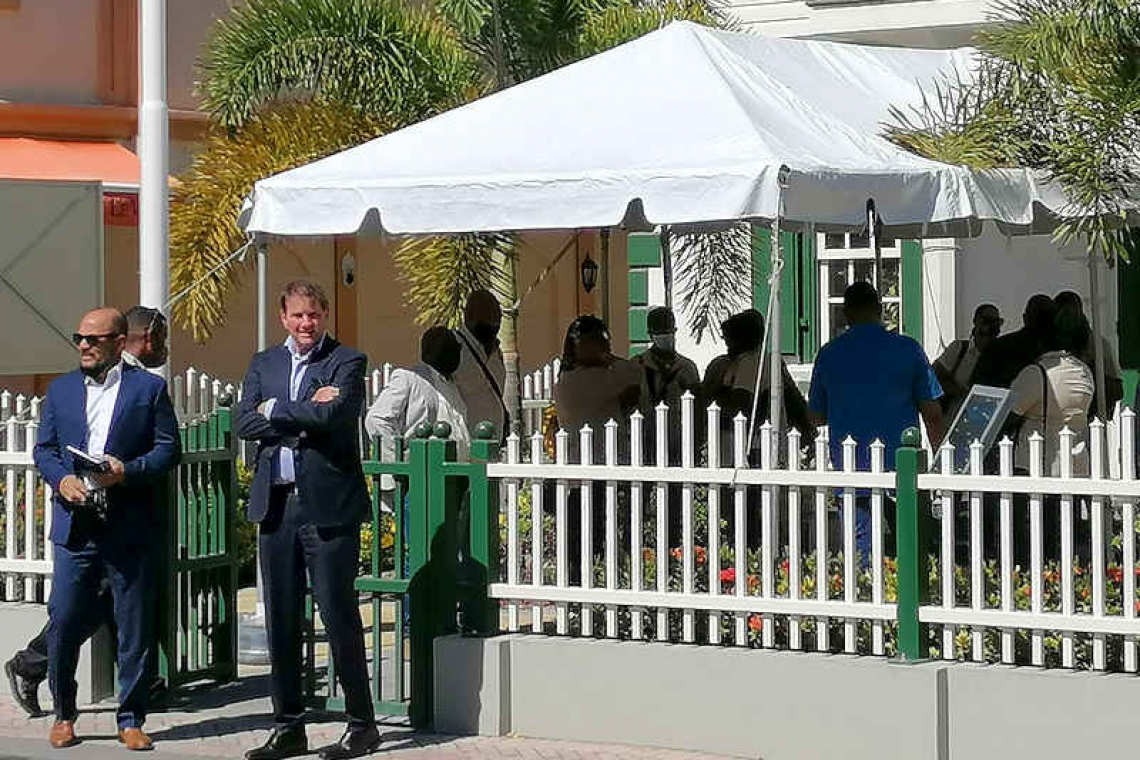 In an emergency procedure on Saturday, January 15, the judge prohibited the union to continue or support the “de facto” strike by air traffic controllers at PJIA. The judge ordered the union to call on its members to resume work from 5:00pm that day, with a penalty of US $100,000 for each hour that it failed to do so. The ruling determined that this prohibition applies until otherwise decided in summary proceedings.

PJIA considered last week Saturday’s air traffic controllers’ strike, which started at 7:00am and lasted until 5:00pm, “illegitimate and completely disproportionate”. Although employees have a fundamental right to strike, this right has its limitations and cannot be exercised just like that, the airport said.

By acting quickly, the airport succeeded in taking measures to guarantee safety and continuity for the rest of the day, but nevertheless six flights had to be cancelled and several other flights were delayed. “As a result, approximately 1,600 people were stranded in St. Maarten or elsewhere. The damage suffered by the airport as a result of this action is unimaginable at this point,” said attorney-at-law Caroline van Hees on behalf of PJIA during Friday’s injunction hearing in the presence of PJIA’s chief executive officer and other airport officials.

Not only has the airport as an employer been affected by this action, but many tourists and locals were also left to their own devices, lawyer Van Hees stated. “Also, think of cargo and medical flights that may not have been possible. For example, how many people had to extend or cancel their hotel reservation as a result of this promotion, or worse, their operation? How many people had to retake their [coronavirus – Ed.] COVID-19 tests and how many people missed their connecting flight? The economic damage is incalculable, but it is clear that it will be considerable,” Van Hees said.

The strike was aimed at fulfilling the agreements made in the collective labour agreement (CLA), the term of which was extended until December 31, 2019. Main bone of contention is payment of the cost-of-living adjustment (COLA) for 2018, 2019 and 2020.

According to PJIA, the airport is in heavy weather due to Hurricane Irma and the COVID-19 pandemic and cannot meet its obligations without external financial support. Despite this, no people have been laid off and the basic salary of all employees has always been paid out, the lawyer said.

In 2020, under Brian Mingo’s leadership, an amicable settlement was reached, in which it was agreed, among other things, that an amount of NAf. 3.4 million would be paid out, NAf. 2 million of which in bonuses. No agreement was reached about “a relatively small part of the dispute”, especially concerning the COLA, Van Hees said.

On December 17, 2021, the union proposed implementing a salary increase of three per cent as of January 1, 2022, to compensate for the COLA correction for the years 2018 and 2019, and the first half of 2020. In a letter dated January 10, 2022, the airport announced that it did not have the financial means to agree to this.

From that moment it became clear that the union did not want to negotiate anymore. It also was no longer interested in mediation.

WICSU/PSU’s lawyer Richie Kock said that last week’s strike was the air traffic controllers’ last resort. He said their industrial action was legitimate. Also, they have duly adhered to the prohibitions as imposed by the judge in the preliminary injunction, he said.

He denied that the “urgent meeting” of air traffic controllers had made air travel impossible and blamed PJIA for last week Saturday’s “chaos”.

Kock said that 15 of the 21 air traffic controllers at PJIA are WICSU/PSU members. He underlined that the work stoppage on January 15 was a “one-time action” on a matter “that has been going on for years,” adding that no further actions have been announced.

WICSU/PSU President Sharon Cangieter confirmed that no further actions are planned and that the union is prepared to “informally discuss” a “common agreement” with Mingo. “The dialogue needs to continue in the interest of the workers,” Cangieter said.