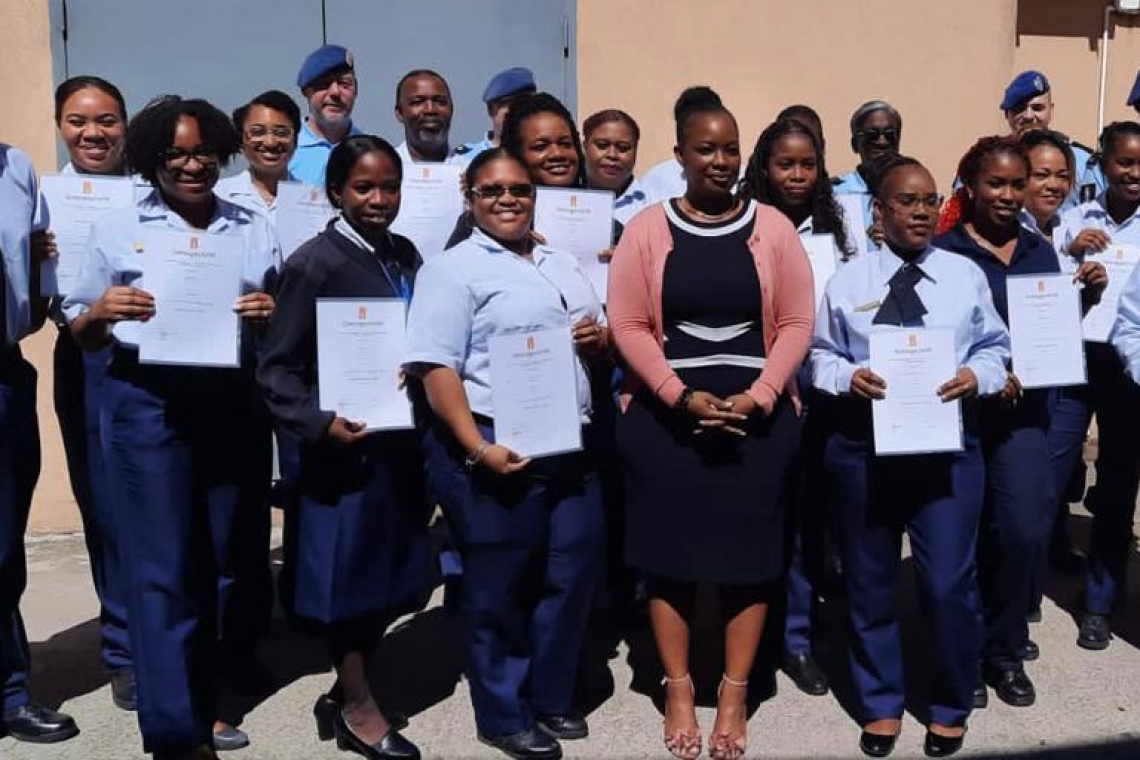 The courses began on November 8, and were possible with the assistance of the Royal Netherlands Marechaussee KMAR. PLM and PO are two of the many courses included in the ongoing education curriculum between the Ministry of Justice and KMAR. The courses are tailormade and designed to strengthen border control which stems from the mutual agreement on strengthening border control.

During their training in the Netherlands, KMAR operates based on the ideology of “train the trainer”. This principle was adapted so that officers of the department of IBPS become skilled and equipped on how to train their colleagues.

Minister of Justice Anna Richardson stated: “One of the primary goals of the department of IBPS is to increase the overall knowledge of each officer so that they may carry out their task efficiently. As such, the community can take pride knowing that 17 of our immigration officers remain committed and dedicated to moving St. Maarten forward in the safest manner possible.”

With the enforcement of immigration laws under high implementation the department of IBPS intends to continue to train its personnel to the highest possible level. The training ensures that immigration officers remain prepared to protect our borders at all times.