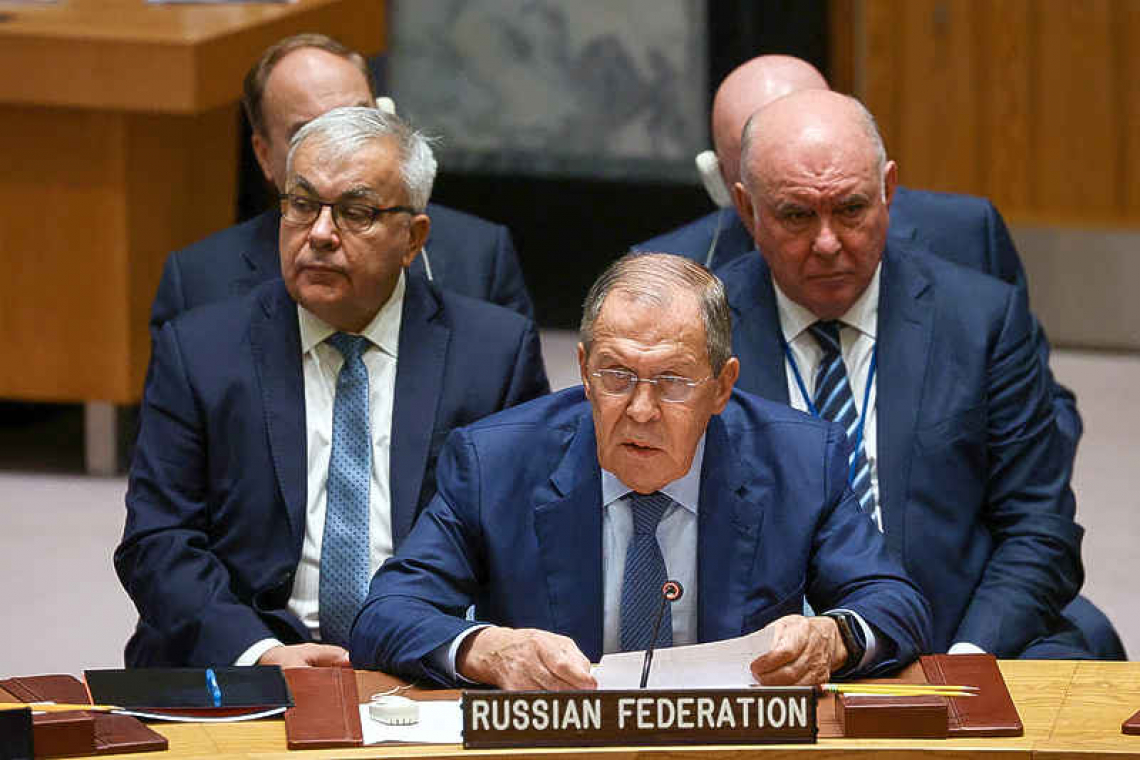 KYIV/NEW YORK--Some draft-age Russians rushed to leave the country on Thursday to escape their country's biggest conscription drive since World War Two, as world powers at the United Nations demanded Moscow be held accountable for alleged atrocities in Ukraine.
Russia's foreign minister, Sergei Lavrov, responded with defiance, defending Moscow's record and accusing Kyiv and its Western allies of threatening his country, before walking out at the end of his speech to the Security Council.

The diplomatic confrontations came a day after President Vladimir Putin launched a new mobilisation campaign for the seven-month-old war that has already killed thousands, displaced millions, pulverised cities and damaged the global economy. Surveys in Russia have suggested widespread domestic backing for Moscow's intervention in Ukraine. But mass conscription, intended to enlist 300,000 troops, may be a risky move for Putin after past Kremlin promises it would not happen and a string of battlefield failures in Ukraine.
Prices for air tickets from Moscow soared above $5,000 for one-way flights to the nearest foreign locations, with most sold out for coming days. Traffic also surged at border crossings with Finland and Georgia.
"This is panic demand from people who are afraid they won't be able to leave the country later - people are buying tickets not caring where they fly to," a tourism industry source said.
Anti-war protests in 38 Russian cities saw more than 1,300 people arrested on Wednesday, a monitoring group said. Some of the detainees had been ordered to report to enlistment offices on Thursday, the first full day of conscription, independent news outlets said. More rallies are planned for the weekend. "Now, due to mobilisation, for most Russian citizens, Russia's war against Ukraine is not something on TV or the internet but something that has entered every Russian home," Ukraine President Volodymyr Zelenskiy said in a video address on Thursday night.
Russia said reports of a mass exodus were exaggerated. Russian news agencies reported on Thursday that 10,000 people had volunteered to fight even before their call-up papers had arrived, citing the Russian General Staff.
Putin on Wednesday also effectively announced plans to annex four Ukrainian provinces - saying Moscow would assist with referendums that are due to start on Friday on joining them to Russia - and threatened to use nuclear weapons. U.N. Secretary-General Antonio Guterres told the Security Council that talk of a nuclear conflict was "totally unacceptable" and said any move to annex territory would break international law. NATO said the "sham referenda" were "illegal and illegitimate."
"The very international order we've gathered here to uphold is being shredded before our eyes," U.S. Secretary of State Antony Blinken told the U.N. Security Council. "We can't let President Putin get away with it."
In his speech, Lavrov accused Kyiv of "brazenly trampling" the rights of Russians and Russian-speakers in Ukraine. "I can assure you that we will never accept this," he said. "Everything I've said today simply confirms that the decision to conduct the special military operation was inevitable."
It was at least the Security Council's 20th meeting on Ukraine this year. The body has been unable to take any meaningful action because Russia is a permanent veto-wielding member along with the United States, France, Britain and China.