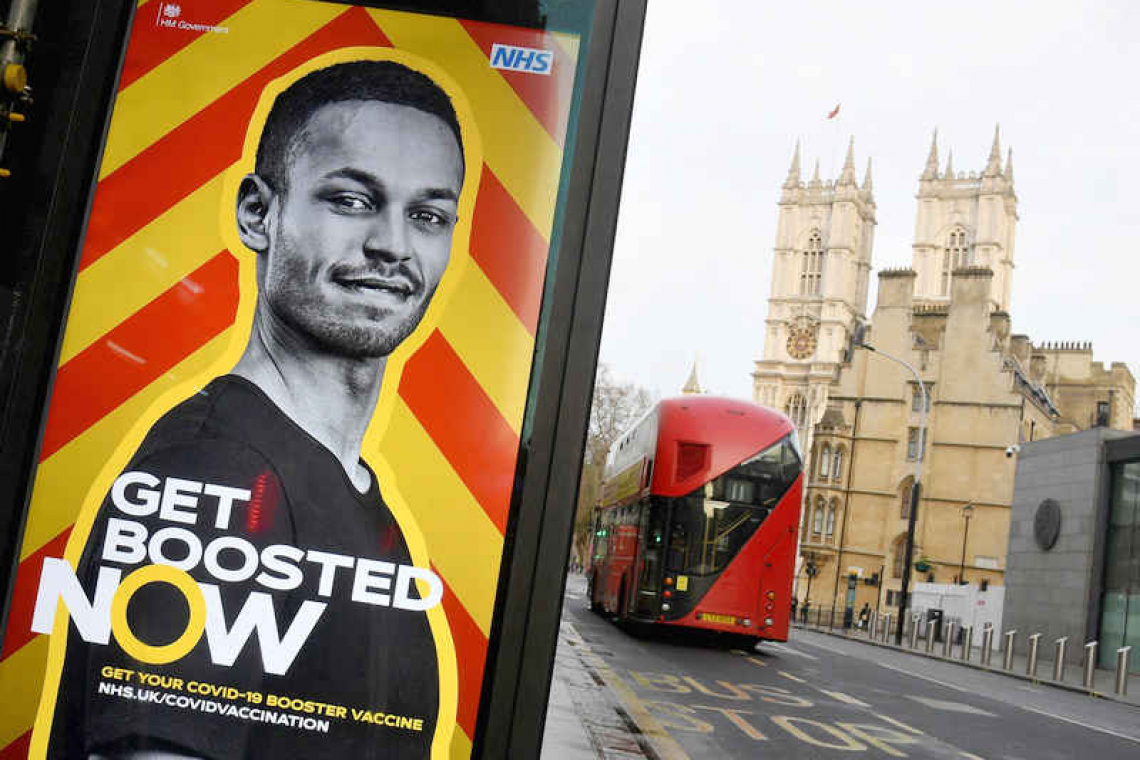 ROME/WASHINGTON--Global COVID-19 infections hit a record high over the past seven-day period, Reuters data showed on Wednesday, as the Omicron variant raced out of control and governments wrestled with how to contain its spread without paralysing fragile economies.

Almost 900,000 cases were detected on average each day around the world between Dec. 22 and 28, with myriad countries posting new all-time highs in the previous 24 hours, including the United States, Australia, many in Europe and Argentina and Bolivia.
Although studies have suggested Omicron is less deadly than some previous variants, the huge numbers of people testing positive mean that hospitals in some countries might soon be overwhelmed, while businesses might struggle to carry on because of workers having to quarantine. Fearful of the economic impact of keeping so many people at home, some governments are looking at shortening the period that people have to isolate if they are COVID positive or have been exposed to someone who is positive.
Spain said on Wednesday it was reducing the quarantine period for people who have tested positive for COVID-19 to seven days from 10, while Italy said it was planning to relax isolation rules for those who came into close contact with sufferers of the virus.
Earlier this week U.S. health authorities released new guidance shortening the isolation period for people with a confirmed infection to five days from 10, so long as they are asymptomatic. "I am highly concerned that Omicron, being highly transmissible and spreading at the same time as Delta, is leading to a tsunami of cases," WHO director-general Tedros Adhanom Ghebreyesus told a news briefing.
French Health Minister Olivier Veran told lawmakers France was seeing a "dizzying" rise in cases, with 208,000 reported in the space of 24 hours - a national and European record.
Britain, Italy, Spain, Portugal, Greece, Cyprus and Malta all registered record numbers of new cases on Tuesday, while the seven-day average number of new daily cases in the United States hit a record 258,312, according to a Reuters tally on Wednesday. The previous peak was 250,141, registered last January.
Despite the surge in coronavirus infections, deaths and hospitalizations are comparatively low, Rochelle Walensky, the director of the U.S. Centers for Disease Control and Prevention, said on Wednesday.
While the current seven-day daily average of cases is about 240,400 per day, up 60% over the previous week, the hospitalization rate for the same period is up just 14% to about 9,000 per day over the same period. Deaths were down about 7% to 1,100 per day, Walensky added.
Disease experts, however, are questioning the new CDC rules that halve the isolation period for asymptomatic coronavirus infections, saying they could result in even more infections. They are concerned the new directive does not require testing to confirm that a person is no longer infectious before they go back to work or socialize.
Britain reported 183,037 COVID-19 cases on Wednesday, a new record and over 50,000 more than the previous highest figure registered just a day earlier, government statistics showed. Ireland, too, reported record cases on Wednesday, with more than 16,000 new infections.
Despite the growing number of cases, Prime Minister Boris Johnson has said he will not bring in new restrictions this year in England to limit the spread of Omicron, which now accounts for 90% of all community infections, according to health officials.
Australia registered almost 18,300 new cases, eclipsing Tuesday's previous pandemic high of around 11,300.
In Spain, demand for free testing kits from the Madrid regional government far outstripped supply, with long queues forming outside pharmacies.
Early data from Britain, South Africa and Denmark suggests the risk of hospitalisation from Omicron is lower than from Delta, the WHO said in its latest epidemiological report. However, the WHO's top emergencies expert, Mike Ryan, said it was too soon to draw definitive conclusions because Omicron was so far circulating largely among younger, less vulnerable age groups.
A number of governments are increasingly worried by the economic impact of huge numbers being forced into self-isolation because they had been in contact with a coronavirus sufferer. "We just can't have everybody just being taken out of circulation because they just happen to be at a particular place at a particular time," Australian Prime Minister Scott Morrison told reporters.
Morrison wants to make urgent changes to COVID-19 testing rules to ease pressure on testing sites. He said Australia needed "a gear change" to manage overburdened laboratories and get people out of isolation.
While Spain and Italy moved to relax some isolation rules, China stuck to its policy of zero tolerance, keeping 13 million people in Xian, capital of central Shaanxi province, under rigid lockdown for a seventh day as 151 new cases were reported on Tuesday, albeit none with Omicron so far. "I just want to go home," said a 32-year-old mechanic who was in the city on business last week when it was effectively shut off from the outside world.