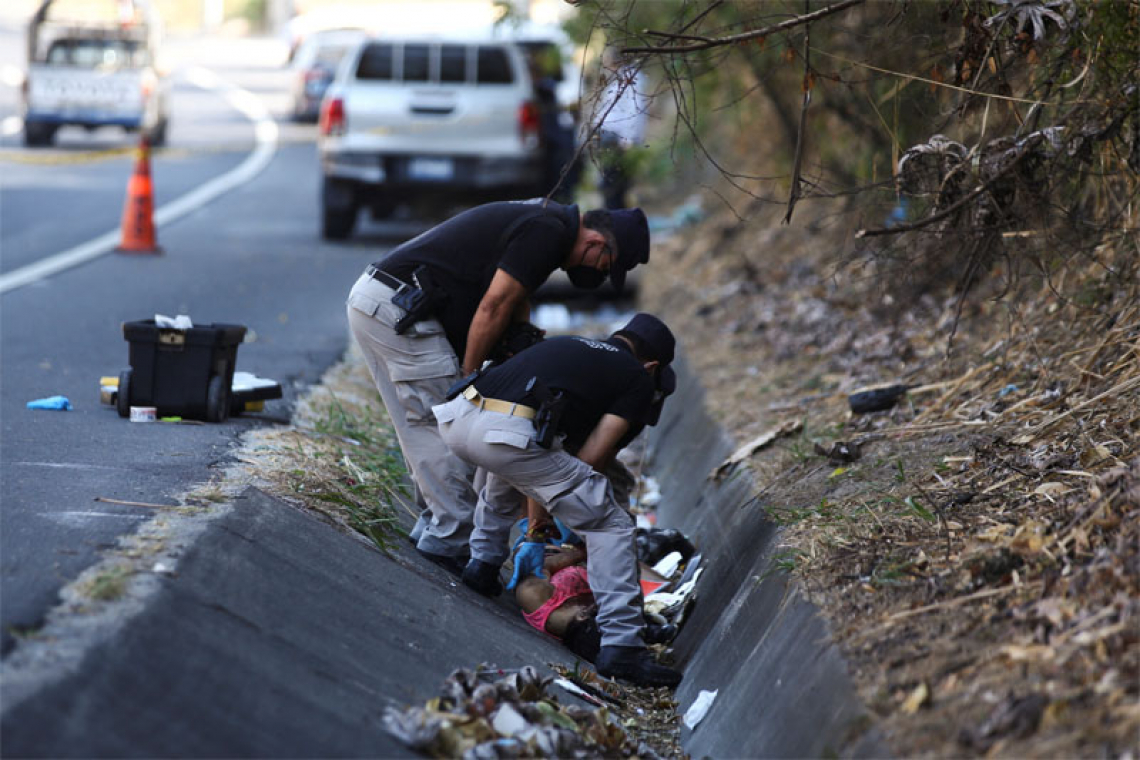 SAN SALVADOR--In El Salvador, testimony from police officers and conflicting statistics on mass graves are leading critics to question if homicides in the Central American country are being fully reported as access to official information tightens.

Despite a group of police officers, prosecutors and forensic experts cross-checking statistics of homicides and mass graves, documents from separate institutions reviewed by Reuters show a discrepancy in reported deaths. Documents from El Salvador's Institute of Legal Medicine, seen by Reuters, show authorities recovered 207 bodies from mass graves over two and a half years, between June 2019 and February 2022.
In contrast, documents from the Attorney General Office show 158 bodies recovered in over three years, between January 2019 and February 2022 – a difference of 49.
Human rights groups and family members of homicide victims say they are alarmed by this discrepancy. The confusion is partly caused by restrictions to previously public information across government agencies under President Nayib Bukele, they said.
When Reuters asked for additional data in June to understand the discrepancy, the Attorney General Office said information was now "sealed" for two years. "Disclosing information results in criminal organizations interfering in our procedures by hiding, destroying or moving relevant evidence," the Attorney General Office responded to a request from Reuters. "It could also lead to them (criminals) threatening key witnesses to avoid being identified and thus harm efforts to dismantle criminal structures."
The police are also increasingly strict about sharing information. "Anyone who leaks information could be sanctioned or transferred," a National Police officer told Reuters on condition of anonymity.
The officer added that a superior instructed him to ignore a tip about a possible mass grave site from a detainee, which is one of the main ways authorities find clandestine cemeteries. El Salvador's National Police told Reuters that they are no longer able to provide information on disappeared persons due to an agreement between the National Civil Police, the Supreme Court, the Institute of Legal Medicine, and the Ministry of Justice and Public Security. "Only the Attorney General Office can give information," said a source from the institution without giving further details.
After Bukele took office in mid-2019, the number of reported homicides in El Salvador dropped significantly, continuing a downward trend from an all-time high in 2015. Bukele has denied claims that he made an alleged truce with the gangs, which Salvadoran prosecutors and local journalists have documented. After an apparent deal fell apart and the country's murder rate spiked, he launched an all-out war against the criminal groups.
Crime rates have dropped even more since March, when Bukele's government passed a measure suspending constitutional rights as part of a state of exception to make it easier to arrest people en masse without due process. The move has brought widespread criticism of human rights violations, arbitrary detentions, physical assaults and at least 18 deaths, according to Amnesty International. Security forces have arrested more than 48,000 people for allegedly belonging to or collaborating with the gangs.
Authorities have also changed what counts as a homicide. The country's police no longer register police or civilian shooting suspects or robbers. They also exclude deaths in the country's ever-expanding prison population.
But as murder rates fell before the state of exception, the number of unexplained disappearances surged from 595 in 2020 to 1,191 in 2021, according to the Attorney office.