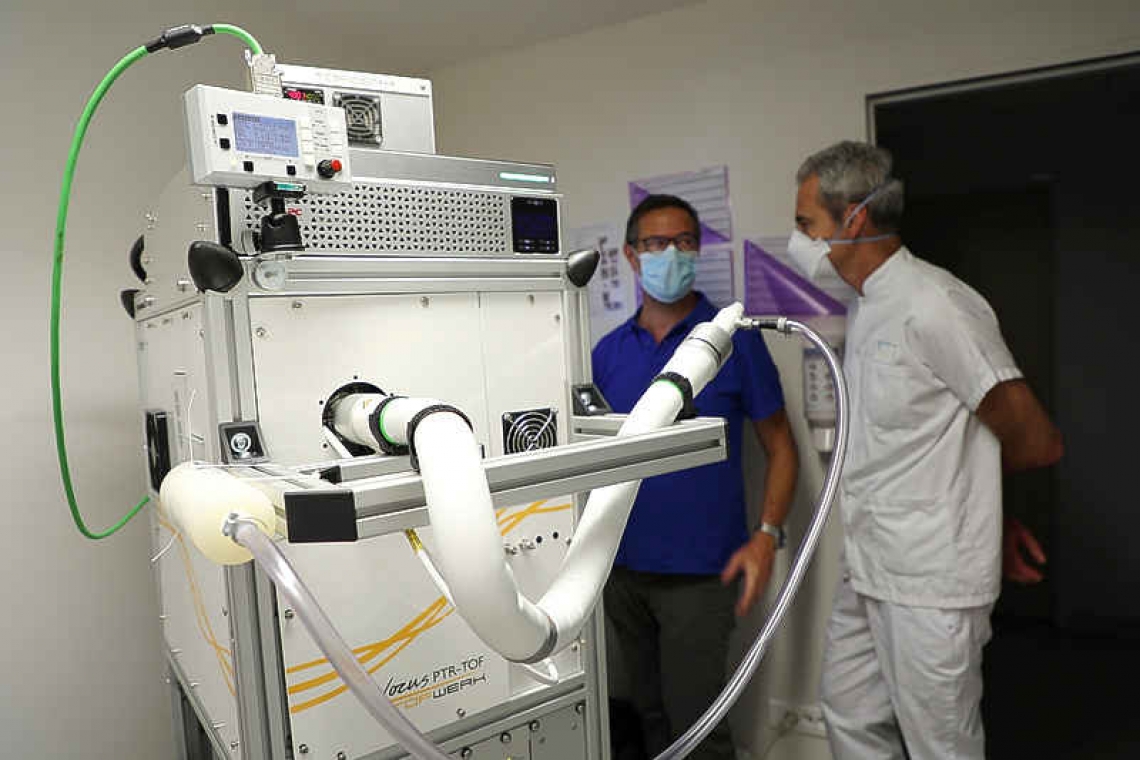 LYON, France--A hospital in the southern French city of Lyon is testing patients with a new machine that enables them to breathe into a tube to see whether they have COVID-19 in a matter of seconds.

The machine is entering a second trial phase after three months of use on dozens of people, among whom about 20 had the virus and the others did not. Unlike the uncomfortable standard PCR (polymerase chain reaction) tests, it is not invasive and provides an immediate result.
"It's the same principle as a classic breathalyser test," Christian George, director of research at the National Centre of Scientific Research at the la Croix-Rousse hospital, told Reuters. "The machine will register the molecules in the exhaled air and then detects the traces of the sickness."
Jean-Christophe Richard, head of intensive care at the hospital, said the objective was to have the machine fully operational by the end of the year. "This type of quick test means we will have the results straightaway and can then move the patient to the right area of the hospital. As we now have a few efficient treatments, the quicker we can diagnose the quicker we can treat them," he said.
Bruno Lina, an independent virus expert who has been consulted on the machine, said it was a step in the right direction, but at this stage was too expensive for widespread distribution in hospitals. "If our hypothesis is proved correct we could see second or third generation machines that cost less and that would specifically home in on the markers of the infection that we have identified," Lina, who heads the National Enterovirus and Parechovirus Reference Centre, said.