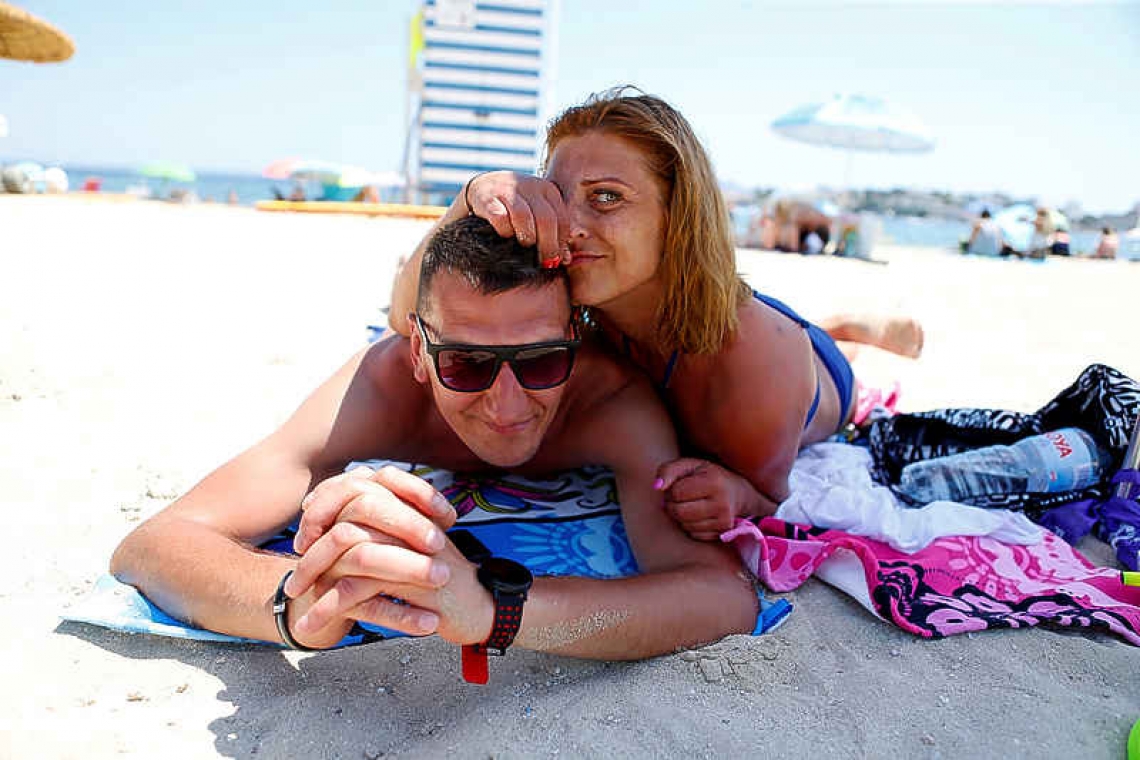 MADRID/LONDON--Spain is safe for tourists and Spaniards, the government insisted on Sunday after Britain abruptly imposed a two-week coronavirus quarantine on travellers returning from there, a decision that filled holidaymakers with dismay.

Last year, Britons made up over a fifth of foreign visitors to Spain, which relies on heavily on tourism revenues, meaning the UK move could deal a hard blow to efforts to restart the Mediterranean country's economy after months of lockdown. "Spain is safe, it is safe for Spaniards, it is safe for tourists," Foreign Minister Arancha Gonzalez Laya told reporters.
The Spanish government will focus its efforts on trying to persuade Britain to exclude the Balearic and Canary islands from the quarantine measure, she said, adding that the prevalence of the virus in those popular travel destinations was much lower than in the United Kingdom.
Spain has seen COVID-19 cases rise in the last few weeks, and Britain announced late on Saturday it was taking the country off a safe-travel list. The quarantine took effect hours later.
The measure upset the plans of many people either on holiday or planning to take one and caused more disruption for airlines and tour companies. While Gonzalez Laya avoided directly criticising the UK move, British tourists travelling in Spain were more blunt.
"It's a bit crazy considering the restrictions in place in Spain already are really good, with the masks, with disinfecting everything, with hand wash in the shops. That's better than what we have in London," Rich Lambert, a communications officer, said at Barcelona's airport.
Britain has also advised against all but essential travel to mainland Spain, leaving the islands out of the advice but including them in the quarantine measure. TUI UK, part of the TUI, holiday company, said it would cancel all holidays to mainland Spain up to Aug. 9, while maintaining flights to the Balearic and Canary islands.
British Foreign Secretary Dominic Raab defended the quarantine decision on Sunday, as a "real-time response" to a jump in infections in Spain. "We can't make apologies ... we must be able to take swift, decisive action," he said on Sky News.
The opposition Labour Party's health policy chief, Jonathan Ashworth, slammed Prime Minister Boris Johnson's government for its "frankly shambolic" handling of the measure.
Spain's rise in COVID-19 cases has prompted most regions to impose rules for masks to be worn everywhere and, in several areas including Barcelona, calls for people to stay at home. Most new cases have been concentrated in the northeastern region of Catalonia and neighbouring regions, so a lot of the criticism focused on the fact that the quarantine also applies to areas which have been spared the brunt of the pandemic.
"This is ridiculous. There are almost no cases here and there's a far higher chance of contracting it when I get back to Britain," said John Snelling, 50, from Stratford-upon-Avon, who was on holiday in Menorca.
Britain has been the hardest-hit country in Europe by the pandemic. Spain was also badly affected, with more than 290,000 cases and over 28,000 deaths. It imposed very strict lockdown measures, gradually easing them earlier in the summer.
Norway last week reimposed a 10-day quarantine requirement for people arriving from Spain, while France advised people not to travel to Catalonia. But a collapse of tourism from Britain would have far more of an impact on Spain, where tourism accounts for 12% of economic output. Britons make up the largest group of foreign visitors by nationality.
"This decision is an absolute disaster for the recovery, there's no other way to see this," Angel Tavares, head of European Economics at Oxford Economics consulting, said on Twitter, referring to the quarantine measure.