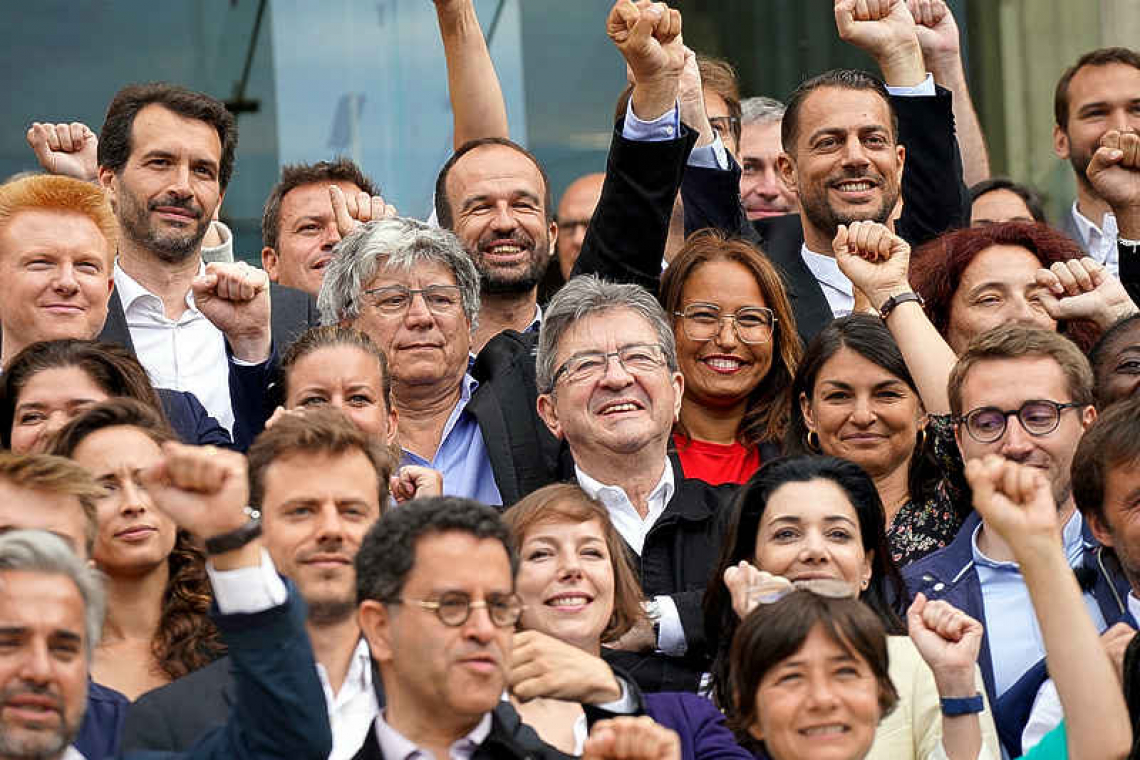 PARIS--French opposition leaders told President Emmanuel Macron on Tuesday they would not make life easy for him as he sought a way to avoid political paralysis after this weekend's election setback in parliament.

Some opponents said Macron should fire his prime minister, review his reform plans and drop his top-down approach to power. While he enjoyed full control over parliament over the past five years, Macron now needs to find support from opponents, after voters angry over inflation and his perceived indifference delivered a hung parliament on Sunday.
The election result may herald an era of political instability not seen for decades in France. Senior ministers said the government would continue its work and seek support in parliament whenever it needs a majority.
Edouard Philippe, Macron's former prime minister and an influential figure, urged parties to form a coalition to secure a governing majority. This would be a first in modern French politics.
"For the first time in France, we need to form a coalition, a grand coalition of people who spontaneously don't wish to work together and who put forward different political programmes," Philippe told BFM TV. He said he could "imagine" reaching a deal with the conservative Les Republicains, Philippe's former political family from which he defected after Macron was first elected in 2017.
But Les Republicains leader Christian Jacob said after meeting Macron: "I told the president that it was out of the question to enter into a coalition deal, that would be a betrayal of our voters." Earlier Jacob had called the president "arrogant".
But cracks started to appear in his camp. Catherine Vautrin, a Les Republicans member who had been cited as a likely pick as Macron's new prime minister, urged her party to soften its stance. "Do all Republicains lawmakers share Christian Jacob's view? I'm not so sure," she said. "Always being in the opposition is pointless."
Her camp could find common ground with Macron on planned reforms, namely regarding retirement legislation, she said.
Les Republicains provide the most obvious place for Macron to find support. Their economic platform is largely compatible with Macron's, including his plans to raise the retirement age by three years to 65.
Jacob said his party would be "responsible," seemingly opening the door to potentially messy bill-by-bill negotiations.
The pro-European president who wants to deepen EU integration, make the French work longer, and build new nuclear plants, wants this week's talks with the opposition "to identify possible constructive solutions," the Elysee palace said.
If Macron fails to secure support to get laws adopted, France could face a long spell of political gridlock that may later on compel him to call a snap election.
Jean-Luc Melenchon, a hard-left veteran who united the left in an alliance that won the second-biggest number of MPs, told reporters that Prime Minister Elisabeth Borne had to go. "We're just wasting our time," he said.
The Elysee said Borne had tendered her resignation but that Macron had refused so that the government could keep working. No quick solution appears to be at hand and from Thursday Macron - who has not spoken publicly since the election - will be distracted by a week of international meetings abroad, including EU, G7 and NATO summits.
Marine Le Pen, whose far-right National Rally now has 89 MPs, from eight in the previous legislature, said Macron must hear what her party has to say and "cannot continue the policy he has led (so far)."