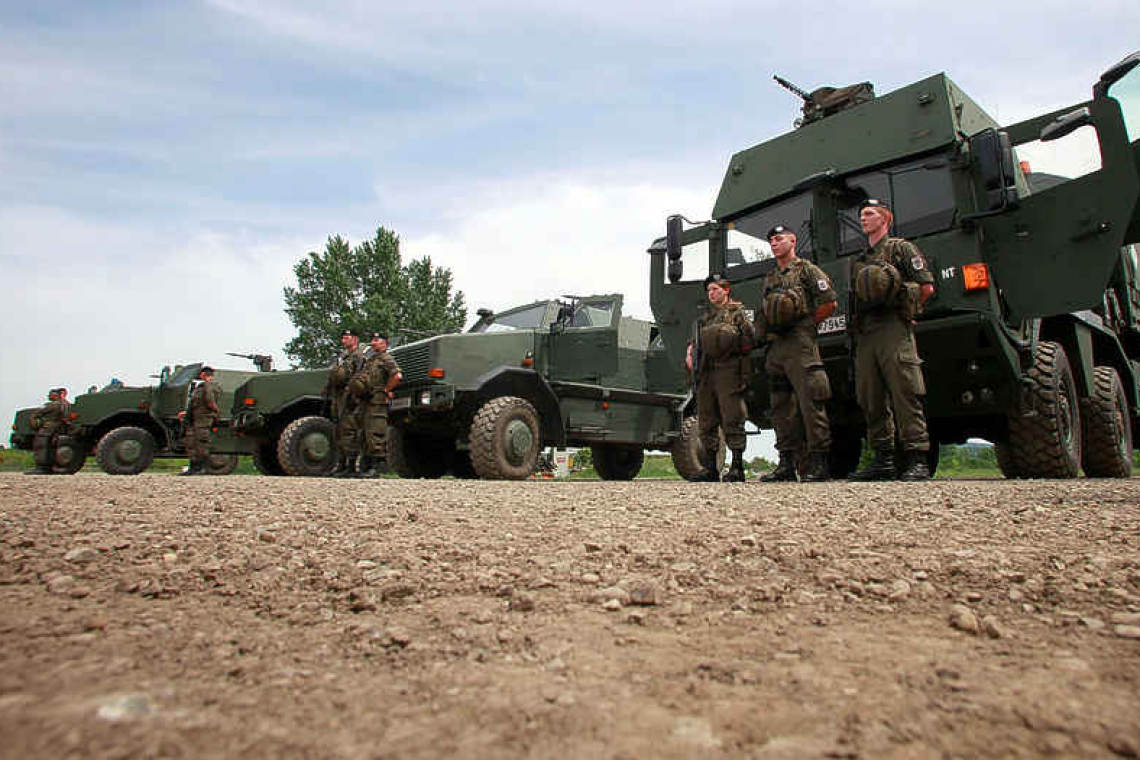 BRUSSELS--The European Union is considering a joint military force of up to 5,000 troops by 2025 to intervene in a range of crises and without relying on the United States, according to a draft plan.

The "EU Rapid Deployment Capacity" should be made up of land, sea and air components that could be swapped in and out of any standing force, depending on the crisis, according to the confidential 28-page document dated Nov. 9 and seen by Reuters.
EU foreign and defence ministers began debating the plan on Monday evening in Brussels and continued on Tuesday, aiming to settle on a final document by March next year. Italy and France, two of the EU's military powers, welcomed the draft. The view of Germany's incoming federal coalition government, expected soon, will prove critical.
"The document combines a high level of ambition but also makes concrete and operational proposals. It's a good balance," French Armed Forces Minister Florence Parly told reporters. Her Italian counterpart, Lorenzo Guerini, said it would also be complementary to NATO and strengthen transatlantic ties.
Two decades after EU leaders first agreed to set up a 50,000-60,000-strong force but failed to make it operational, the draft strategy by the bloc's foreign policy chief Josep Borrell is the most concrete effort to create a standalone military force that does not rely on U.S. assets. "We need more rapidity, robustness and flexibility to undertake the full range of military crisis management tasks," said the draft, called the "Strategic Compass".
"We need to be able to respond to imminent threats or quickly react to a crisis situation, for example a rescue and evacuation mission or a stabilisation operation in a hostile environment," the draft said.
Not all 27 EU states would need to take part, although approval of any deployment would require consensus. The Strategic Compass is the closest thing the EU could have to a military doctrine and akin to U.S.-led NATO's "Strategic Concept" that sets out alliance goals. Crucially for the EU, Borrell wants EU states to commit to "providing associated assets and the necessary strategic enablers".
That means developing the logistics, long-range air transport and command and control capabilities of the United States that European allies in NATO have relied on. Borrell told reporters there were now 60 joint EU military projects for weapons and other capabilities under development, after 14 more were approved on Tuesday, including one called "Strategic Air Transport for Outsized Cargo".
The United States has urged Europeans to invest in deployable troops and U.S. President Joe Biden has said such moves would be complementary to NATO. The EU has maintained battlegroups of 1,500 troops since 2007 but they have never been used, despite efforts to deploy them in Chad and Libya.