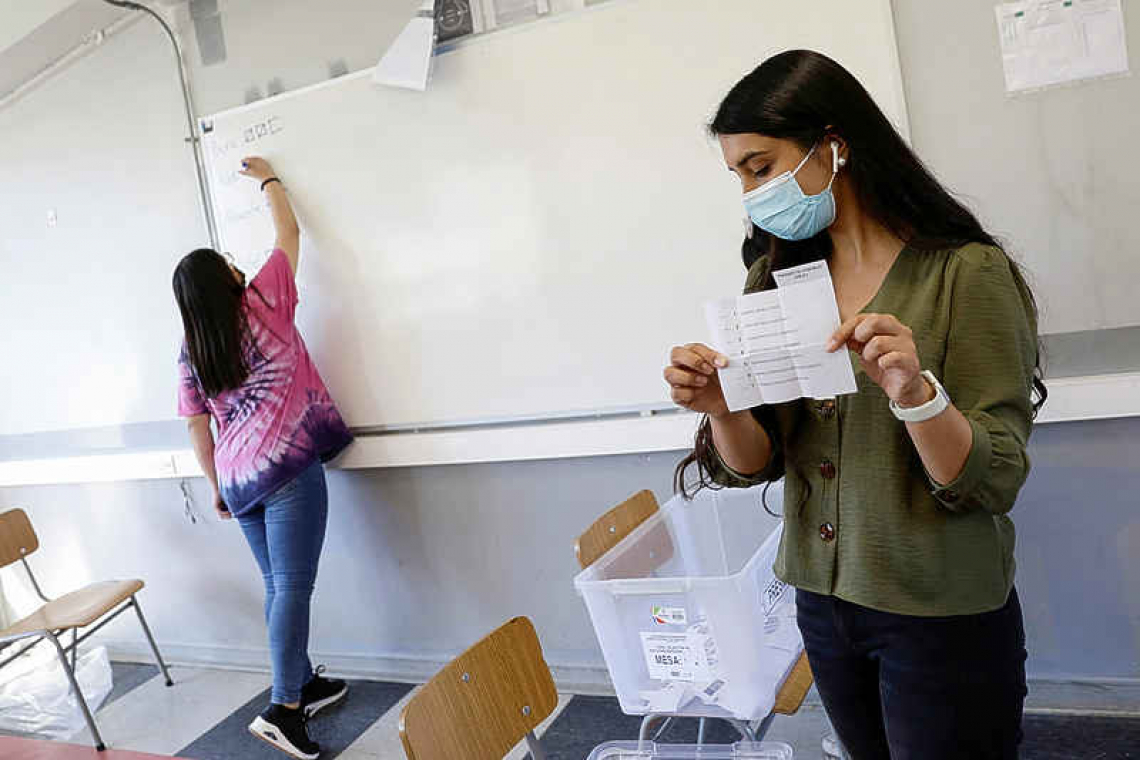 SANTIAGO--Chile is headed for a polarized presidential election runoff next month as hard-right former congressman Jose Antonio Kast finished on top in the first-round vote on Sunday, ahead of leftist lawmaker and former protest leader Gabriel Boric.

With over 90% of the vote counted, Kast had won 28.01% of ballots cast versus 25.64% for Boric, with a sizeable gap between them and the rest of the field, although both were well short of the majority needed to win outright. More moderate, center-right candidates performed well, a potential boost for Kast in the Dec. 19 runoff.
The election, the copper-producing Andean country's most divisive since its 1990 return to democracy, has split voters between those seeking a shake-up of Chile's free-market model and those demanding a harder line against crime and immigration. "Today Chile's people have spoken," Kast said in a long speech to supporters after the results came in, targeting crime and violence as he has done for much of the campaign, helping tap into fears over protest violence and immigration.
He portrayed himself as the candidate of law and order and said the election was a choice between "liberty and communism", a dig at Boric's wide leftist alliance, which includes the Communist Party.
Boric, facing a fight to close the ground on Kast over the next month, touched upon crime and the drug trade in his own speech, something he did rarely ahead of the vote, and admitted he need to widen his support base. "The crusade is that hope wins over fear," he said. "We have to look further afield and go out to bring people in from beyond our boundaries."
Kast, a 55-year-old father of nine, has praised the neo-liberal "economic legacy" of former dictator Augusto Pinochet. His frank talk, across-the-board conservatism and sometimes idiosyncratic policy ideas, such as digging a ditch to curb illegal immigration, have drawn frequent comparisons with former U.S. President Donald Trump and Brazil's Jair Bolsonaro.
Boric, a 35-year-old lawmaker who led student protests in 2011 demanding improvements to Chile's education system, has pledged to scrap the nation's laissez-faire economic model, while strengthening environmental protections and indigenous rights.
The election comes after two years of sometimes violent protests by Chileans demanding quality-of-life improvements. The demonstrations helped bring about an ongoing rewrite of the nation's Pinochet-era constitution and propelled the candidacy of Boric, who for much of the race held a comfortable lead. But increasing fatigue among Chileans fed up with political violence, combined with a widespread perception that crime is on the rise, has boosted Kast.
In a surprise, economist Franco Parisi, who is living abroad and did not set foot in Chile during the campaign, was in third place with some 13% of the vote. That could bode well for Kast, who, while more to the right on social and cultural issues, shares many of Parisi's conservative economic beliefs.
Center-right candidate Sebastian Sichel and center-left Yasna Provoste were just behind, with 12.61% and 11.72% of the vote, respectively. The current center-right president, Sebastian Pinera, is constitutionally barred from seeking re-election.
Kast and Boric will be scrambling to pick up Sichel, Parisi and Provoste voters in a second round, making the more moderate contenders potential kingmakers.
"I am not going to vote for Gabriel Boric's candidacy, and I have programmatic differences with Kast, but I will communicate any decision later," Sichel said as the results came in, adding he had congratulated Kast on making it to a second round. "I don't want the extreme left to win in Chile."
Also up for grabs on Sunday night were all 155 seats in Chile's lower house, 27 of the 50 seats in the country's upper house and all positions in the nation's 16 regional councils. Lawmakers from hard-right and conservative coalitions looked set to finish the night with 23 seats in the Senate, while lawmakers from center-left and hard-left coalitions looked set to finish with 22 seats. The remaining five seats went to independents unaffiliated with any major political coalition.