British plan threatens to send migrant boats back to France 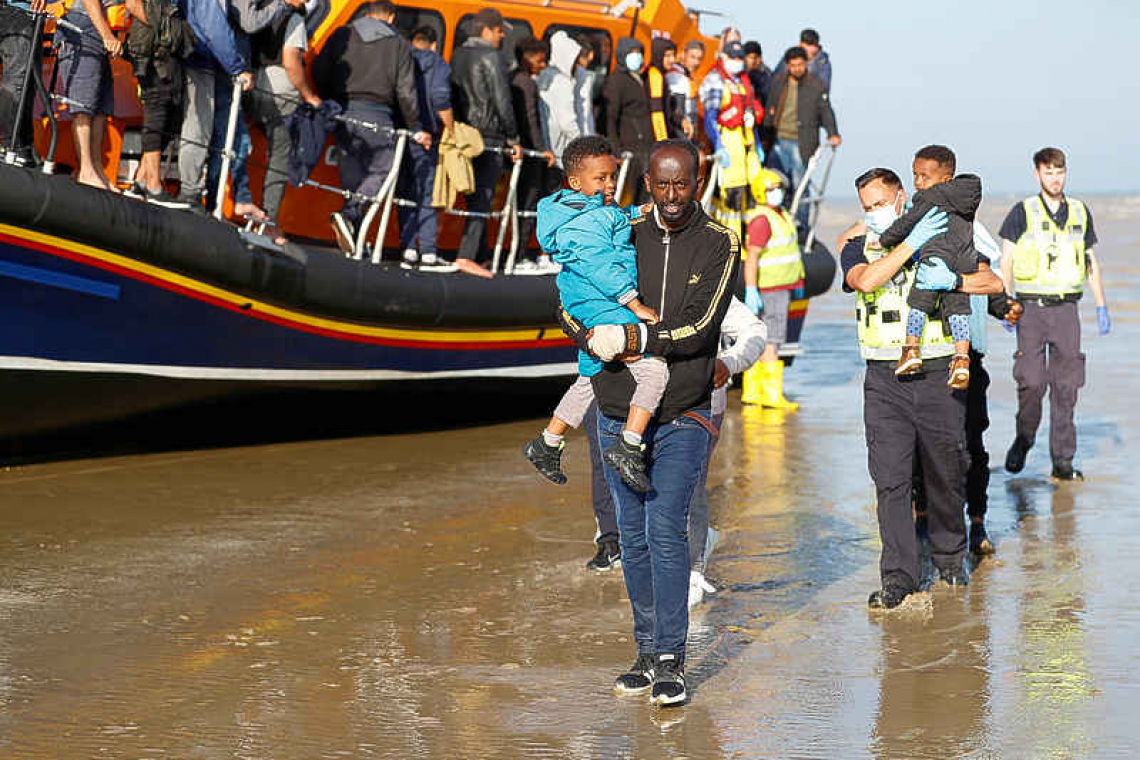 LONDON/PARIS--Britain has approved plans to turn away boats illegally carrying migrants to its shores, deepening a rift with France over how to deal with a surge of people risking their lives by trying to cross the Channel in small dinghies.

Hundreds of small boats have attempted the journey from France to England this year, across one of the world's busiest shipping lanes. The summer surge happens every year, but is now larger than normal as alternative routes have been shut down.
Border officials will be trained to force boats away from British waters but will deploy the new tactic only when they deem it safe, a British government official who asked not to be named said on Thursday. Michael Ellis, Britain's acting attorney-general, will draw up a legal basis for border officials to deploy the new strategy, the official said.
Home Secretary Priti Patel told French Interior Minister Gerald Darmanin that stopping people making their way from France on small boats was her "number one priority". Patel had already irritated the French government earlier this week when she indicated Britain could withhold about 54 million pounds ($75 million) in funding it had pledged to help stem the flow of migrants.
Darmanin said Britain must honour both maritime law and commitments made to France, which include financial payments to help fund French maritime border patrols. "France will not accept any practice that goes against maritime law, nor financial blackmail," the French minister tweeted.
In a letter leaked to British media, Darmanin said forcing boats back towards the French coast would be dangerous and that "safeguarding human lives at sea takes priority over considerations of nationality, status and migratory policy."
Britain's Home Office, or interior ministry, said: "We do not routinely comment on maritime operational activity."
Charities said the plans could be illegal and some British politicians described the idea as unworkable. Channel Rescue, a citizen patrol group that looks for migrants arriving along the English coast, said international maritime law stipulated that ships have a clear duty to assist those in distress.
Clare Mosely, founder of the Care4Calais charity, which helps migrants, said the plan would put the lives of migrants at risk. "They're not going to want to be sent back. They absolutely could try and jump overboard," she said.
Tim Loughton, a member of parliament for the ruling Conservatives, said the tactics would never be used because people would "inevitably" drown. "Any boat coming up alongside at speed would capsize most of these boats anyway and then we’re looking at people getting into trouble in the water and drowning," he said.
A spokesman for Prime Minister Boris Johnson said the government was exploring a range of safe and legal options to stop the boats.