ARS reports active COVID-19 cases in St. Martin down to 85 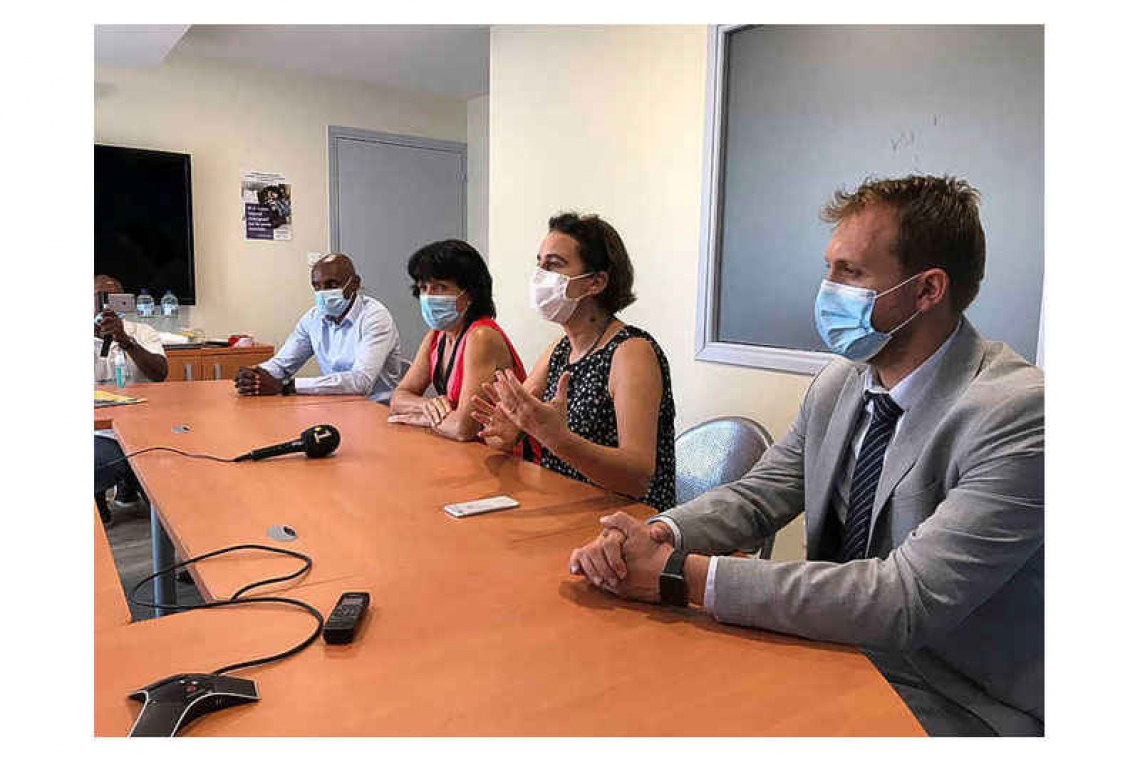 MARIGOT--Regional health agency ARS reports COVID-19 active cases are declining in St. Martin. In its health bulletin for the period September 14-20, active cases are reduced to 85, of whom 76 are in isolation at home and nine in hospital.

Recoveries have increased to 273 (an increase of 194 since the September 2 total of 79). Total confirmed cases since the start of the epidemic now stand at 367. ARS regrets another recent death of an elderly person that has increased the death toll to eight.

St. Barths, on the other hand, has 20 active cases, all isolating at home, taking its accumulated total of confirmed cases to 45. Some 25 persons have recovered. The sudden increase has led to investigation of a cluster in the territory.

During this reporting period, 301 supplementary polymerase chain reaction (PCR) tests were conducted in laboratories or in the hospital in St. Martin, taking the total number of PCR tests to 3,834. St. Barths carried out 179 more tests to take its total up to 2,668.

ARS Director General Valérie Denux said at a press conference Wednesday afternoon that the COVID-19 situation has gradually been improving during the last two weeks; there have been no new hospital admissions in the past 10 days and no evacuations to intensive care in Guadeloupe.

She said ARS technicians have been exchanging information with their counterparts at Collective Prevention Services (CPS) in Dutch St. Maarten and with Prime Minister Silveria Jacobs. “It’s important to have these exchanges to manage the crisis together,” she said.

From today, Thursday, the respective technicians of both health agencies will be working on the protocols agreed on in the recently signed memorandum of understanding (MOU), of which testing will be one of the main topics.

One of the considerations will be whether testing capacity can be increased on both sides of the island and whether there are sufficient human resources. The 72-hour pre-travel requirement will also be discussed, as well as the possibility for introducing rapid antigen testing.

Préfète Déléguée Sylvie Feucher reminded that free fabric masks are still available at the Préfecture and can be collected any time by anyone who needs them. She added that the Territorial Police, not the Gendarmes, will be given the responsibility of controlling people not wearing masks in public areas. The fine for not wearing a mask is 135 euros.

Feucher said bars and restaurants will remain open in St. Martin, unlike Guadeloupe where bars and restaurants must close temporarily from Saturday, due to the serious health situation there. However, she warned that establishments in St. Martin must respect sanitary protocols, wearing of masks and distancing. Several formal warning notices have already been issued, she disclosed.

Denux explained that she had recommended to the Préfète to keep the border controls in place for a further 15 days only “for the opportunity to exchange with the Dutch side, to agree on protocols leading to opening of the border,” but that was not to be, as the recent protest showed.

“If you return to a normal way of life then you must absolutely have a joint strategy for surveillance and management of COVID-19,” she said.