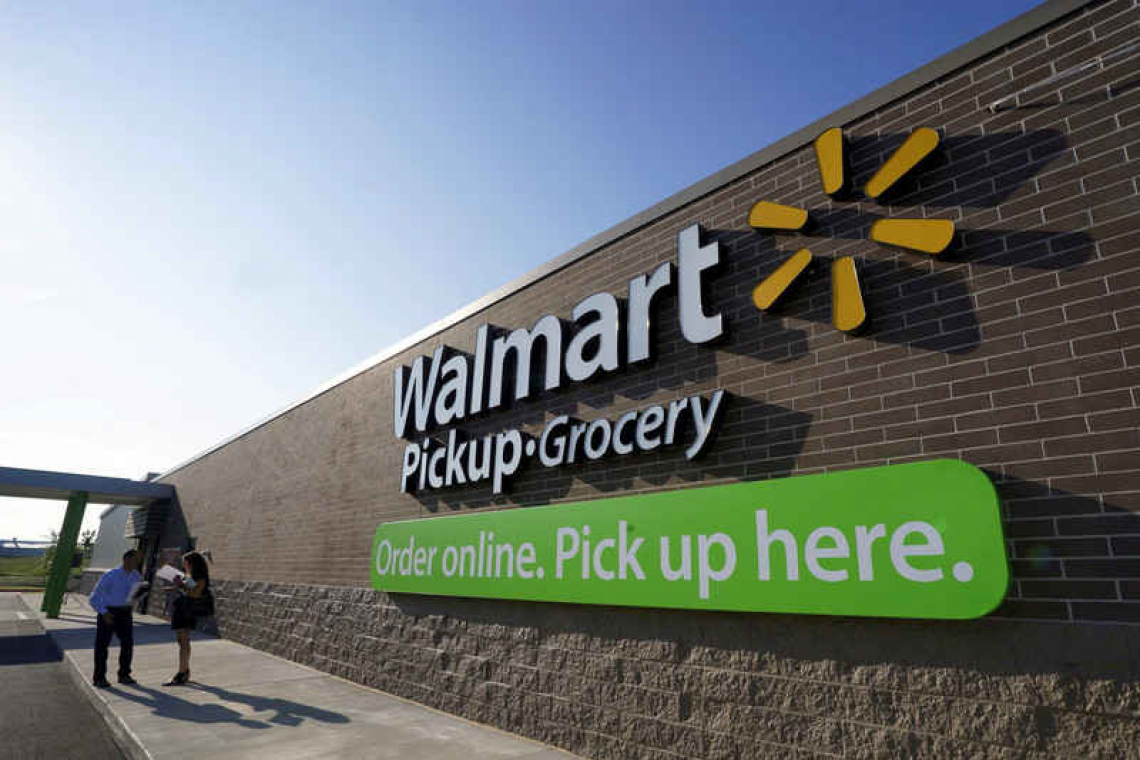 The world's largest retailer said fourth quarter revenue exceeded $150 billion for the first time, as shoppers bought groceries, apparel and health and wellness services, two years into the pandemic.
Walmart's investments over the past year, which included chartering ships, raising worker wages three times, and developing alternative streams of revenue, helped the company prepare for the holiday season without suffering higher costs, analysts said.
On a post-earnings call, Walmart said it also had a "competitive advantage" over other businesses struggling with supply chain constraints as it sources over two-thirds of its products from the United States, helping it grow inventories by 28% in the quarter.
Walmart has a customer base that "is fairly loyal," Dave Harden, president of Summit Global Investments, with $50 million in shares of Walmart stock.
"Walmart grows in times of panic and inflation and war and everything else. Problems bring people to Walmart and we know that they take advantage of that."
The U.S. business got a boost from higher grocery sales as the retailer was able to offer lower prices at a time its competitors were passing on higher input costs to shoppers, the company said.
While Walmart, too, has raised prices on some products, it still undercuts rivals due to its scale and negotiating power with suppliers, helping it gain market share.
Over 56% of Walmart's total revenues come from grocery.
"Given how dynamic the operating environment is, their resilience and ability to be nimble in managing it has been very impressive," Stephens analyst Ben Bienvenu said.
Despite higher product prices, U.S. Commerce Department data showed that consumer spending has remained strong with U.S. retail sales rising by the most in 10 months in January.
Walmart also said sales in January, the last month of its fourth quarter, were its best on a two-year basis, citing customers who are "in good shape with a strong balance sheet."
Overall, U.S. comparable sales grew 5.6% in the quarter and are expected to rise 3% in fiscal 2023, topping analysts' expectations.
The company also forecast higher overall earnings and sales for the year.
MARGIN CONTROL
The Bentonville, Arkansas-based company said supply-chain costs were higher than it expected at the start of the quarter, with COVID-19 specific paid-leave costs increasing due to the Omicron variant.
Still, it was able to eke out higher margins in the United States, due to increased sales from apparel and its Walmart Connect advertising business and as more people filled prescriptions at its drug stores.
Walmart sells digital ad space to consumer product companies and other advertisers through Walmart Connect, a service launched in January 2021. On Thursday, Walmart said the business generated $2.1 billion in sales.
By contrast, rival Amazon.com AMZN.O generated $31 billion in ad revenue last year, while Alphabet's GOOGL.OYouTube generated $28 billion.
Sundaram said Walmart's alternative online businesses including Walmart Connect, market place and financial services helped keep gross margins strong because they "are very asset light and margin accretive to Walmart's overall business."
Walmart shares rose 2.3% in morning trading.
U.S. e-commerce sales grew just 1% in the quarter, but were up 70% since the pandemic began.
"Walmart is really about stores and having the ability to be in ecommerce, whereas Amazon is about e-commerce with the ability to have stores, so it's not a huge negative," said Randy Hare, director of equity research at Huntington National Bank, which owns more than $40 million in Walmart shares.