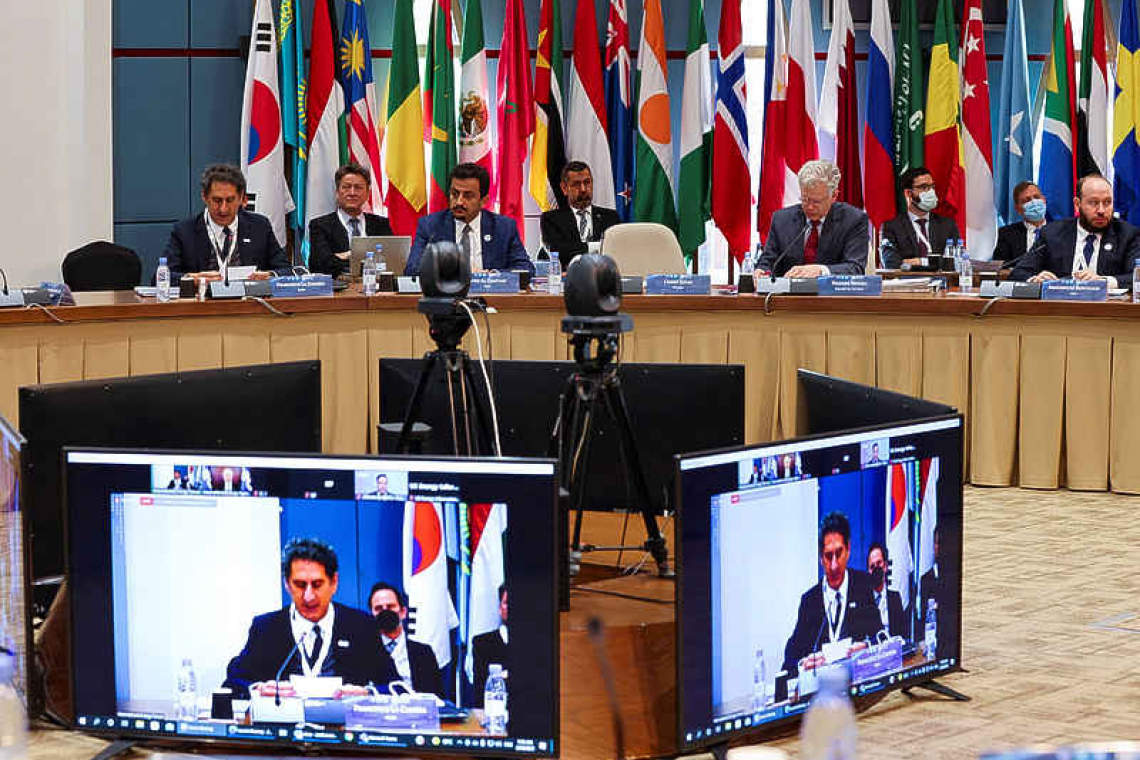 RIYADH-- OPEC+ should stick to its current agreement to add 400,000 barrels of oil per day each month to output, ministers of Arab oil-producing countries said on Sunday as they gathered in Saudi Arabia, rejecting calls to pump more to ease pressure on prices.

The Organization of the Petroleum Exporting Countries and allies led by Russia, a group known as OPEC+, agreed on Feb. 2 to stick to moderate rises in oil output, citing persistent uncertainty.
The Saudi energy minister Prince Abdulaziz bin Salman told an industry conference in Riyadh the pandemic and the recovery underway "have taught us the value of caution".
"Caution, a word that I know some people hate me for, but... I will continue being cautious, and (mindful of) the need to retain flexibility in our strategy and adopt a long-term perspective," Prince Abdulaziz said.
The minister was speaking at a conference attended also by the UAE and Bahraini energy ministers, the Iraqi and Kuwaiti oil ministers and Egypt's petroleum minister.
The OPEC+ alliance was already struggling to meet existing targets, and has been under pressure from top consumers calling for more crude to cap surging prices amid fears over possible supply disruptions resulting from the Russian military presence at Ukraine's borders.
On Wednesday, the International Energy Agency urged OPEC+ to narrow the gap between its oil production targets and actual output.
U.S. crude prices stand at around $91 a barrel after surging some 40% since Dec. 1 and earlier this week touched their highest level since 2014. Prices for Brent crude, the global benchmark, have also soared and are near 7-year highs.
UAE energy minister Suhail al-Mazrouei said OPEC+ is always looking at supply and demand, and blamed geopolitics for soaring oil prices.
"We are all hoping for the de-escalation... I think our plan has been working and I don't believe that the market is hugely under-supplied currently. It's the other factors that are outside our hands which are impacting the market," Mazrouei said.
Iraqi oil minister Ihsan Abdul Jabbar said that "for the benefit of all the energy market, OPEC+ should stay with the continuing and sustained current agreement" to avoid surprises.
Kuwaiti oil minister Mohammed al-Fares said OPEC+ is very sensitive to market reactions.
OPEC+ said it will work to integrate Iran into its oil output pact should Tehran and world powers reach agreement on reviving their nuclear deal, sources close to the group said on Friday.
The Saudi minister said nonetheless the world may not be able to produce all the energy needed for economic recovery from the coronavirus pandemic as investments in fossil fuels lagged behind.