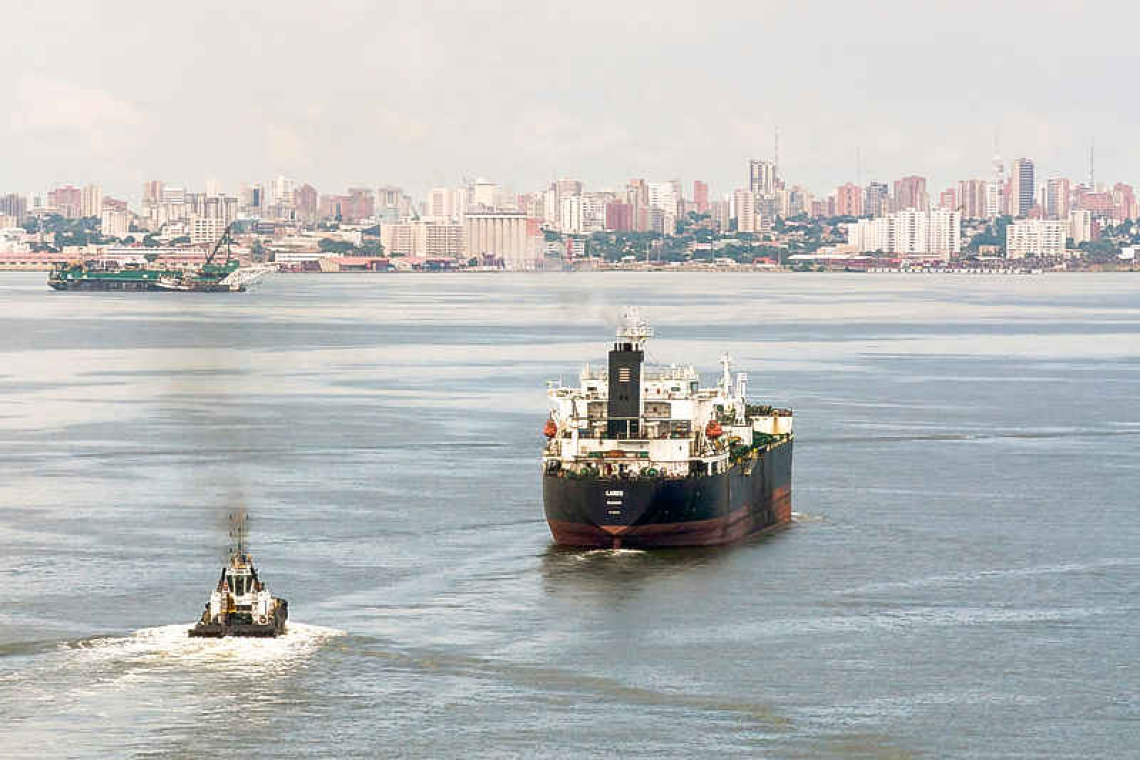 HOUSTON/MARACAY, Venezuela--A shipping channel snafu is slowing Chevron Corp's efforts to load tankers at one of its four Venezuelan joint ventures and bring heavy crude to the United States, three people familiar with the matter said on Wednesday.

Washington in November authorized the last major U.S. firm still operating in Venezuela to restore lost output and begin exporting oil as a way to encourage talks between Nicolas Maduro's government and the country's political opposition. But a plan to move heavy oil quickly from inventories at the Petroboscan joint venture with state-run company PDVSA is facing delays because of lack of dredging at Maracaibo Lake's navigation channel, the people said.
A dredge is often needed to clean out the bed of water areas by scooping out mud, weeds and rubbish so vessels can transit. Shallow waters in the channel caused a non-Chevron-related vessel carrying scrap metal go aground in December. Petroboscan has instructed vessels since to limit their draft after loading at the Bajo Grande oil terminal.
Maracaibo Lake's channel in the northwest of the country is suitable for loading tankers with a draft of only up to 9.8 meters, one of the people said. That means about 250,000 barrels of Boscan heavy crude can move at a time through the channel linking Bajo Grande to the Caribbean Sea.
In a sign that Chevron expects to expand operations quickly, the oil producer has begun advertising for Venezuelan contract administrators and cargo schedulers. It is recruiting to restaff long-idled operations, particularly for its marketing and trading divisions, which will handle oil exports for its own U.S. refineries and others.
Chevron started preparing to reanimate operations at its joint ventures in Venezuela last year while submitting a license request to the U.S. Treasury Department, following an agreement with PDVSA. The company wants to assemble a trading team to market oil from Venezuela and expand its role in the four projects.
PDVSA and Chevron did not reply to requests for comment.
Small tankers coming from Bajo Grande are moving Venezuela's western crudes to a ship-to-ship transfer area along the country's coast, where they fill larger vessels. The first Chevron-chartered cargo loaded this way has not yet departed for the United States, according to the people and Refinitiv Eikon tracking data.
Chevron has chartered three vessels for Venezuela: the UACC Eagle, which will discharge a U.S. cargo of heavy naphtha at PDVSA's Jose port later this week; the Caribbean Voyager, which is loading 500,000 barrels of Hamaca crude for Chevron's refinery in Pasacagoula, Mississippi; and the Kerala, which arrived on Tuesday in Maracaibo Lake's channel to load Boscan crude, according to shipping documents and Eikon data.
Italian oil firm Eni also is planning to obtain a cargo of Venezuelan crude this month under an arrangement that began last year to receive Venezuelan oil in exchange for repayment of pending debt, according to a separate person familiar with the matter.