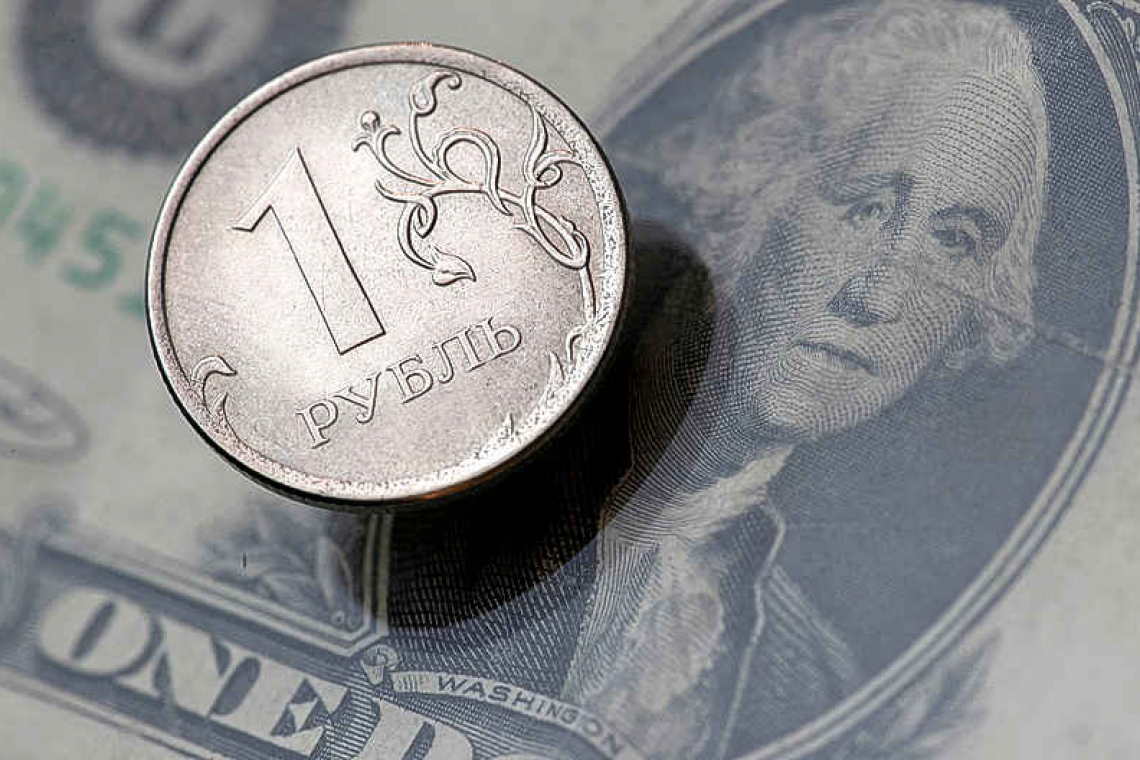 FRANKFURT/LONDON/NEW YORK--Financial firms from Frankfurt to Wall Street suffered heavy share price falls on Thursday as they grappled with the impact of Russia's invasion of Ukraine, digested newly-imposed sanctions and rushed to advise clients on how to respond.

While many bankers have played down the importance of Russia to their operations, it is the European Union's fifth-largest trading partner, with a 5% share of trade, data shows. U.S. trade with Russia is less than 1% of its total.
Deutsche Bank DBKGn.DE, Germany's largest lender, said it had contingency plans in place as U.S. and European officials imposed further sanctions on Moscow. British bank Lloyds said it was on "heightened alert" for cyberattacks, while German insurance and asset management giant Allianz said that it had frozen its Russian government bond exposure.
While U.S. banks were well-prepared for the measures announced so far over Russia's aggression towards Ukraine, they worried that new measures could increase the cost and complexity of enforcing them. Financial institutions are the primary enforcers of sanctions.
"Anytime there is any type of financial strain across borders, financial companies, particularly banks, tend to be in the center of it because they have businesses in all those areas," said Jamie Cox, managing partner at Harris Financial Group in Richmond, Virginia.
The United States imposed fresh sanctions against major Russian banks, including the country's two largest lenders, Sberbank and VTB, aimed at limiting Russian access to the U.S. financial system. Shares in Sberbank and VTB fell by 37% and 41% respectively.
"These sanctions target Russia's domestic financial system, causing bank runs and forcing Russia's central bank to continue hiking rates," said Clay Lowery, executive vice president at the Institute of International Finance (IIF), the largest international banking group.
Shares of leading banks plunged with the European banking sector .SX7P closed down 8%, steeper than a 3.3% fall for the Euro Stoxx index .STOXXE. In the United States, the S&P 500 banking index .SPXBK, closed down 2.5%. Citigroup C.N, which has the biggest Russian exposure among U.S. banks, fell 4%.
Some banks organised calls for clients with experts to analyze the situation, invitations seen by Reuters showed, with JPMorgan scheduling one with Michael Singh, senior fellow at the Washington Institute for Near East Policy. Goldman Sachs ran a call for its private wealth clients hosted by Alex Younger, a former chief of British foreign intelligence service MI6, who is now an employee of the firm.
European banks are most exposed to Russia, especially in France, Italy and Germany, far outstripping U.S. banks' exposure, data from the Bank for International Settlements shows. And those banks with significant operations in Russia were hardest hit after its forces invaded Ukraine by land, air and sea, with the biggest attack by one state against another in Europe since World War Two.
Austria's Raiffeisen Bank International fell 23%, while shares in Societe Generale lost 12%, although the French bank it said its Russian unit Rosbank continued to operate normally. UniCredit shares fell 13.5% and triggered an automatic trading suspension, although the Italian bank said its Russia "exposures are highly covered".
Shares in Deutsche Bank, which like many lenders in recent years has reduced its presence in Russia as sanctions have expanded, were down 11%, the biggest decline among German blue chips. "We have contingency plans in place," the bank said in a statement. A spokesperson declined to elaborate, but said "risks are well contained."
German financial regulator BaFin said it was keeping a watchful eye on the crisis.