Europe and Canada move to close skies to Russian planes 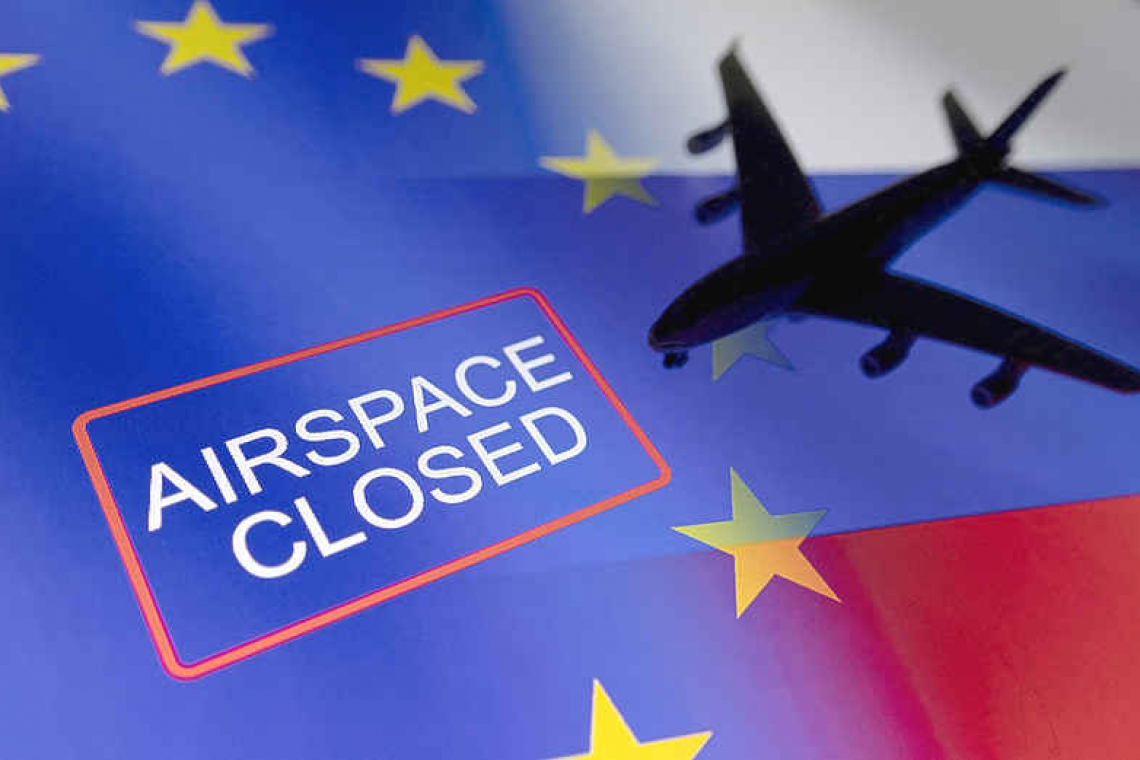 BRUSSELS--European nations and Canada moved on Sunday to shut their airspace to Russian aircraft, an unprecedented step aimed at pressuring President Vladimir Putin to end his invasion of Ukraine, the biggest attack on a European state since World War Two.

Aeroflot said it would cancel all flights to European destinations after E.U. foreign policy chief Josep Borrell said the European Union had decided to close its airspace to Russian traffic.
The United States is mulling similar action, but has yet to make a final decision, according to U.S. officials. The U.S. government said citizens should consider leaving Russia immediately on commercial flights, citing an increasing number of airlines cancelling flights as countries closed their airspace to Russia.
The ban on Russian jets comes as the airline industry continues to grapple with the fallout from the COVID-19 pandemic that is still undermining global demand for travel. Germany, Spain and France joined Britain, the Nordics and Baltic states in declaring bans on Russian use of their airspace, a major escalation in a tactic by mostly NATO allies to wage economic war against Putin in retaliation for the invasion.
The West, led by the United States, also unveiled sweeping new financial sanctions on Russia, which has called its assault on Ukraine a "special operation" to capture "neo-Nazis" who Putin says threaten Russia's security - a charge Kyiv and Western governments say is baseless propaganda.
Russia is now widely expected to retaliate further against the air blockades and other sanctions. It has already responded to the earliest European airspace bans with its own edicts barring airlines from Britain, Bulgaria and Poland.
Without access to Russia's airways, experts say carriers will have to divert flights south while also avoiding areas of tension in the Middle East. A reciprocal airspace ban by Russia and the United States would cause longer flight times for U.S. carriers and could require crew changes on East Coast routes to Asia, said U.S.-based analyst Robert Mann of R.W. Mann & Company, Inc. It could make certain flights too costly to operate for U.S. carriers. "It would just add a lot of expense," he said.
"France is shutting its airspace to all Russian aircraft and airlines from this evening on," French Transport Minister Jean-Baptiste Djebbari said in a Twitter post, an announcement echoed across continental Europe.
Air France-KLM said it is suspending flights to and from Russia as well as the overflight of Russian airspace until further notice as of Sunday.
Earlier, Germany's transport ministry said it would close its airspace to Russian planes and airlines for three months from Sunday, with the exception of humanitarian aid flights.
The closure of European airspace to Russian airlines and vice versa had immediate impacts on global aviation. Air France said it was temporarily suspending flights to and from China, Korea and Japan, while it "studies flight plan options to avoid Russian airspace, in compliance with French and international authorities' directives."
Finnair said a Russian retaliation on Finland's airspace ban would prolong flight times so much that it would not be viable to operate its Asian flights. If U.S. airlines were barred from Russian airspace, it would lengthen some international flights and some would likely be forced to refuel in Anchorage, industry sources told Reuters. The flights that could be impacted include U.S. flights to India, China, Japan and Korea, the sources said.