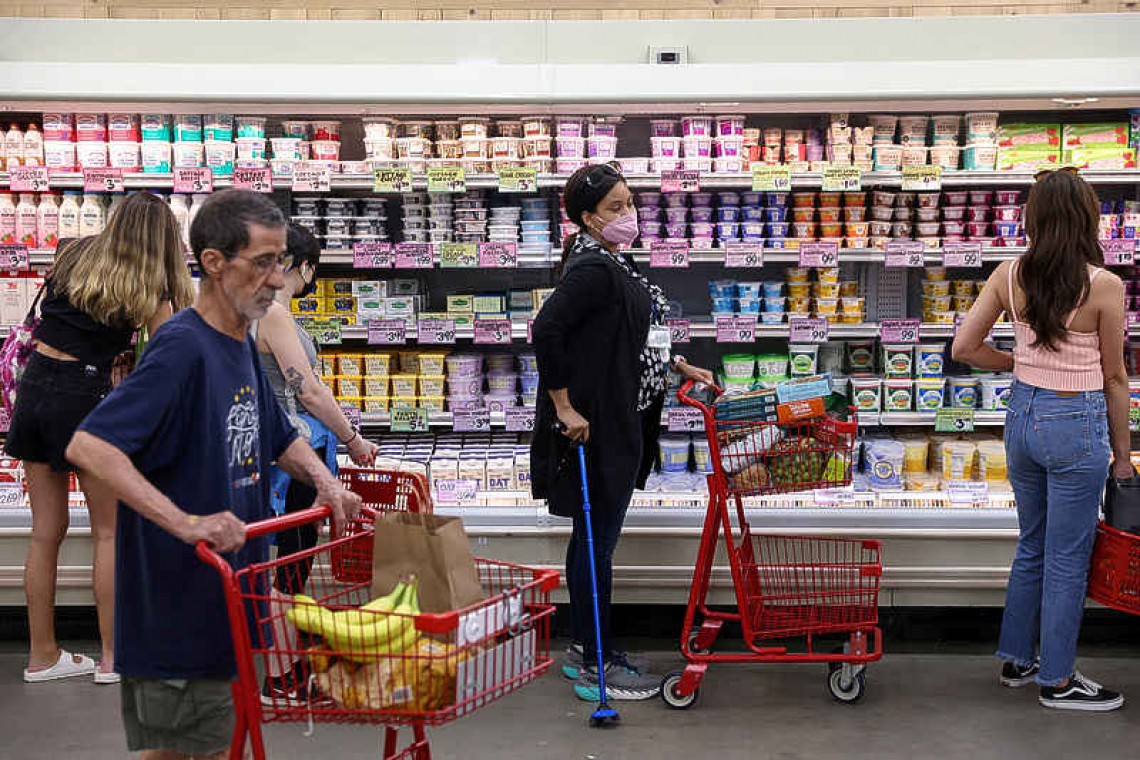 NEW YORK/LONDON--Some global consumers are showing signs of cracking, as shoppers stressed by record inflation stick to buying basics like food, bleach and cheap burgers, while those with bigger bank accounts are snapping up $3,000 Louis Vuitton handbags.

Investors are closely watching second quarter corporate results for signs economies are headed toward recession. But so far consumers are sending mixed signals. There is weakness seen in those that have been hit hardest by record fuel and food prices. Meanwhile, credit card and other data shows some are still spending on travel and other high-end pursuits.
Walmart sounded a warning shot on Monday, issuing a rare profit warning. Its U.S. customers, who tend to come from lower-income households, are buying food and other essentials while skipping aisles filled with clothes and sporting goods.
"The results overnight indicate that the U.S. consumer is now much more focused on the staples element of shopping where we've got double-digit food inflation coming through in some of these retailers," said Nicola Morgan-Brownsell, fund manager at Legal & General Investment Management.
U.S. consumer confidence fell for a third straight month in July amid persistent worries about higher inflation and rising interest rates. Sales at luxury group LVMH Moet Hennessy Louis Vuitton climbed 19% in the second quarter, slightly lower than earlier this year. Handbag and high-end liquor sales in Europe and the United States helped offset slowdowns stemming from COVID-19 lockdowns in China.
And payment processor Visa said cross-border volume jumped 40% reflecting a summer travel boom and some consumer resilience. But softer consumer demand hit video gaming revenue at Xbox maker Microsoft, which posted a 7% drop in Xbox-related revenue and expects a further contraction this quarter. Microchip maker Texas Instruments saw weaker demand from consumers for personal electronics.
Consumer giants Coca Cola Co, McDonald's Corp and Unilever Plc all said on Tuesday that their products are still selling, even at higher prices. Unilever, which has 400 brands including Hellmann's mayonnaise, Knorr stock cubes and Domestos bleach, raised its full-year sales guidance after beating first-half underlying sales forecasts as it hiked prices.
So far consumers are buying, but there is a question around how long that can last. "We see price increases when we go out to do a weekly shop. The question is: how much more accepting can the consumer be on those price increases?" said Ashish Sinha, portfolio manager at Unilever and Reckitt shareholder Gabelli.
McDonald's which operates nearly 40,000 restaurants, said its global same-store sales jumped almost 10%, much better than the expectation for an increase of 6.5%. Even so, the Chicago-based company said it is considering whether to add more discounted menu options because soaring inflation, particularly in Europe, is leading some lower-income consumers to "trade-down" to cheaper items and to buy fewer big combination meals, Chief Financial Officer Kevin Ozan said.
Coke's global sales volumes rose 8% in the second quarter, the company said, powered by growth in both developed and emerging markets, while average selling prices increased about 12%. "Coke's results are testament to its brand value because consumers are unwilling to trade down to other colas, despite increasing prices," CFRA analyst Garrett Nelson said.