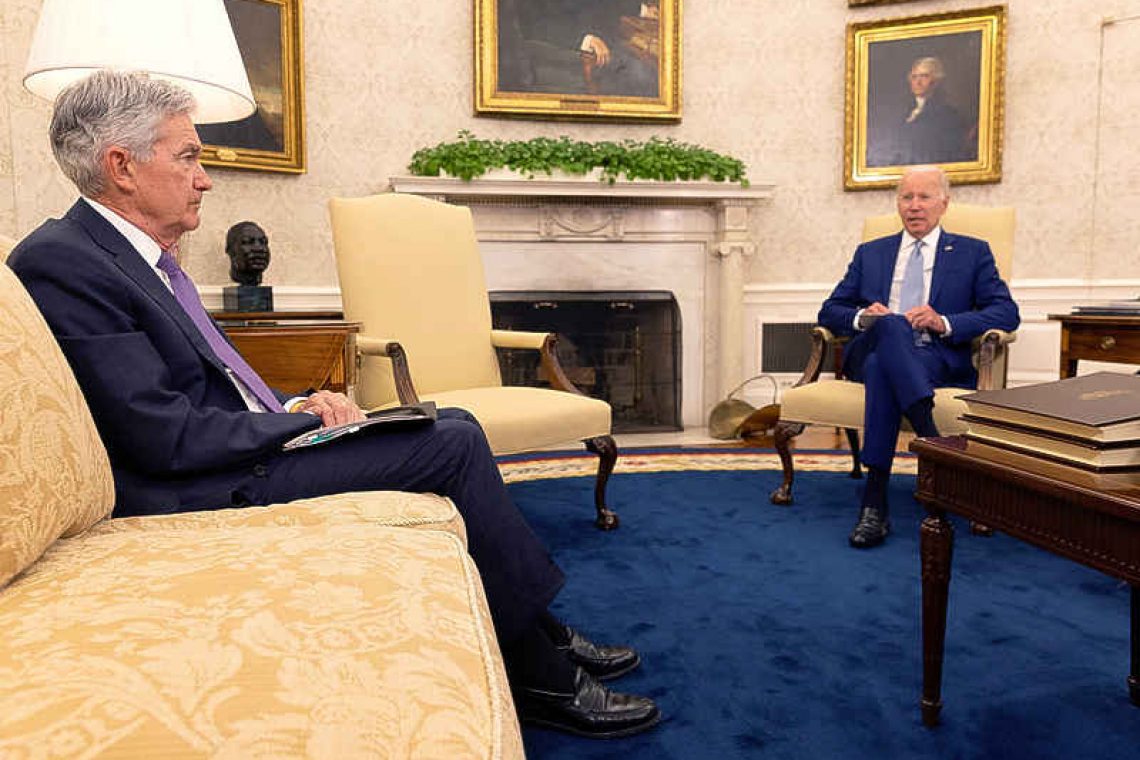 For much of American history, the president relying on stewardship of the world's largest economy from a Federal Reserve official appointed by the opposition political party would not be remarkable. But hyper-politicization in Washington makes the Biden-Powell relationship unusual, and one likely to be tested in months to come.
White House officials believe the Nov. 8 midterm election for control of Congress will be a referendum on Biden's handling of consumer price spikes - an issue Powell has more tools to contain than the administration. But the Fed's painful medicine for inflation threatens to zap consumer demand and throw Americans out of work. The Fed is expected to raise rates again on Wednesday by 75 basis points, furthering the central bank's shift away from ultra-loose policies launched after the COVID-19 pandemic.
"Joe Biden and Jay Powell understand they need each other," said Sarah Binder, a political science professor at George Washington University, who studies relationships between presidents and the Fed. "The Fed needs the White House to be supportive of these policy choices that could throw the economy into a recession."
Rates are now set above 1.5%, up from near-zero in March as the Fed takes aim at consumer inflation exceeding 9%, punishing the housing market and causing executives to reconsider investments and hiring. Biden's approval has fallen back to a record low of 36%, Reuters/Ipsos polling shows, with voters more concerned about inflation than other policy issues.
Powell's big challenge now is figuring out how far to go to contain inflation, and whether to stick with aggressive rate hikes at the expense of spooking markets or causing a recession. Biden, wed to Powell's decisions after re-upping the Donald Trump-chosen lawyer as Fed chair in November, now has no choice but to wait for the results.
Gary Richardson, a University of California, Irvine, economics professor said the bipartisan approach is meant to shield the Fed from political pressure. But inflation tends "to create a lot of trouble for incumbent politicians and that's been a constant over centuries. It's going to be the same in November."
After months of deliberations, Biden left the Federal Reserve's policy portfolio with Powell even without a clear sense of how the official first picked and then bullied by Trump, would handle inflation. Powell, a D.C.-area native, followed a well-trod path to influence including stops on Wall Street, the Treasury and a centrist think tank. Biden's pick was mostly an endorsement of Powell's prior experience and stewardship. It was also a nod to Biden's belief that the Fed could stand apart from the polarization evidenced by judicial decisions and lock-step congressional Republican opposition to Democratic bills.
The Powell selection, which was welcomed by financial markets, also gives Biden a scapegoat if something goes wrong, analysts said. Both Democrats and Republicans are likely to pounce on Powell if they perceive the slightest hint he is towing a political line.
If the Fed chief is partisan, he has shown little sign of it within the largely consensus-driven Fed. In his first year as chair in 2018, Powell continued the policy started under his predecessor Janet Yellen, a Democrat now serving as Biden's Treasury secretary, of raising rates from near-zero as the economy recovered from the 2007-09 Great Recession, raising Trump's ire. By the next year, the Fed was cutting rates again on concerns over slowing growth, a greater emphasis on employment and the belief that inflation may be too low.
The White House was aware that its Fed nominees announced from November through January were undecided then about whether price hikes needed to be corrected with sharply tighter monetary policy, one administration official said. "It is the primary job of the Federal Reserve to get inflation under control," according to a White House official. "They are a well-qualified and serious group with immense experience."
In retrospect, the Fed, administration officials and most economists failed at anticipating inflation's persistence amid continued supply constraints and new issues like the Ukraine war. Now, the Fed is set to be on a tightening trajectory not seen since former Chair Paul Volcker's 1980s-era battle with inflation.
"My plan is to address inflation," Biden said before a private meeting with Powell in May. "It starts with a simple proposition: Respect the Fed and respect the Fed's independence, which I have done and will continue to do."
"I hear that and I think blame avoidance," said Binder. "Shifting the blame to the Fed, telling the Fed, This is your job."
Blaming the other guy is a time-honoured practice in Washington, and the Fed would not be immune to criticism regardless of the political affiliation of its chief. And while it may not be Biden's style, other Democrats, not so keen on being congenial with Republicans, may find fault with Powell.
For its part, the administration hopes the steps it is taking to unclog ports, cheapen trans-ocean shipping and lower gasoline prices with strategic reserve releases, for instance, can make it easier for the Fed to tamp down inflation without raising rates too high, according to one person familiar with officials' thinking, solving the inflation problem without causing a growth problem.
(