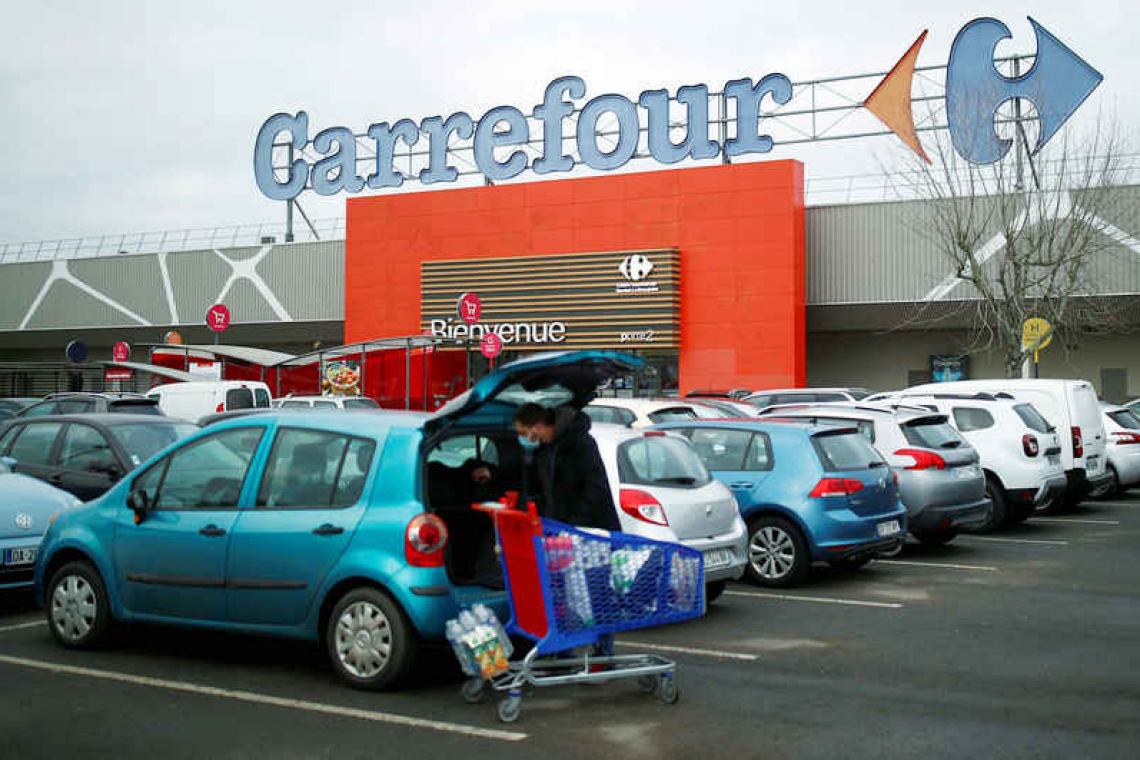 PARIS--A near $20 billion takeover approach for European retailer Carrefour SA by Canadian convenience-store operator Alimentation Couche-Tard ran into early opposition as the French government raised concerns about food sovereignty and job security at one of its largest employers.

In a surprise move, Quebec-based Couche-Tard said on Wednesday it submitted a non-binding 20 euros per share offer for the French grocery group, largely in cash, valuing the French company at 16.2 billion euros ($19.72 billion). Carrefour surged as much 17%, and Couche-Tard shares fell as much as 11.6%.
Couche-Tard gave no further detail on its vision for the combined companies. "At first glance, I am not in favour of this operation. French food sovereignty is a key issue," French Finance Minister Bruno Le Maire said in an interview on France 5 TV.
The minister also cited jobs as a key consideration as Carrefour is a major employer and said he is not in favour of a takeover by a foreign company.
Facing growing competition from online rivals such as Amazon, European supermarket operators are viewed as ripe for tie-ups, though Couche-Tard's approach raised questions from analysts over the potential for cost cuts or purchasing savings.
The French government, seeking to preserve independence in food access, recently added food retail to a list of sectors considered strategic, giving the government the option to review and block deals. Carrefour employs 105,000 workers in France, its largest market, making it France's biggest private sector employer. Worldwide it has more than 320,000 staff. The French presidency declined to comment on the Canadian group's approach.
Carrefour, continental Europe's biggest retailer, has operations across Europe and Brazil, including out-of-town hypermarkets. This would be new territory for Couche-Tard, which is mainly focused on gas stations in North America.
"Given the nature and location of ATD's businesses, we see little scope for synergies," Citi analysts said, adding that fierce competition makes France a particularly tough market.
A source familiar with the discussions told Reuters that 20 euros per share is not enough but it is decent as a starting point for discussions. The initial contacts between the two companies happened at the end of last year and Couche-Tard sent the first letter in early January, the source added.
Couche-Tard has mainly made smaller acquisitions in the past, though it was reported to be a potential suitor for Marathon Petroleum Corp's Speedway gas stations last year before another buyer sealed a $21 billion deal. "We definitely don't want to write this off as a terrible idea but at the same time I think this is a major departure from what they've done in the past, so we do need much more detail," a top 10 shareholer of Couche-Tard said.
There is no certainty that discussions with Carrefour will result in any agreement or transaction, Couche-Tard said. Carrefour shares closed up 13% at 17.54 euros while Couche-Tard fell 10.2% in Toronto.
Carrefour launched a five-year overhaul plan in 2018 to cut costs and boost e-commerce investment. It has expanded into convenience stores to reduce reliance on big hypermarkets that account for most of its sales.
"If the potential transaction was for Carrefour's convenience stores segment only, we could better understand the strategic rationale," Raymond James analysts said of Couche-Tard's approach.
With food retailers across the world benefiting from surging demand as more consumers stay home during the COVID-19 pandemic, Carrefour reported robust third-quarter results in France, Brazil and Spain. Chief Executive Alexandre Bompard has repeatedly said the retail sector was bound to consolidate and his mission was to ensure Carrefour emerges as a winner.