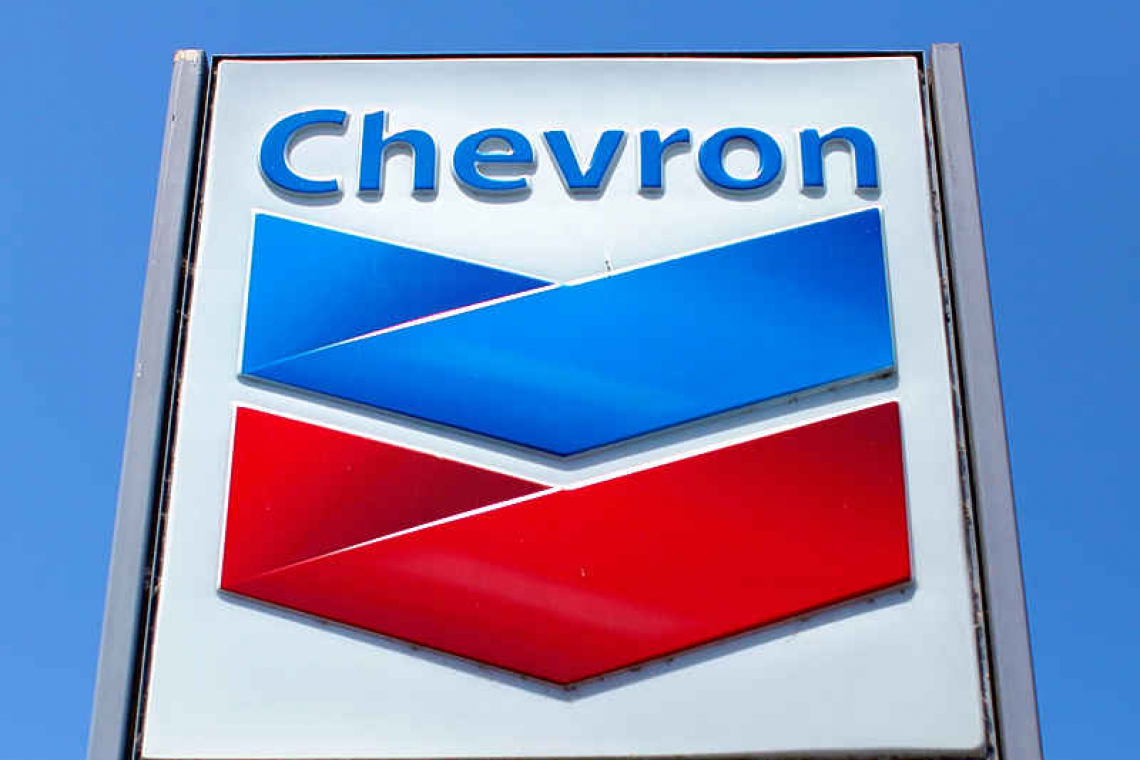 NEW YORK--The chief executives of ExxonMobil Corp and Chevron Corp held preliminary talks in early 2020 to explore combining the two largest U.S. oil producers in what would have been the biggest merger of all time, according to people familiar with the matter.

The discussions, which are no longer active, are indicative of the pressure the energy sector's most dominant companies faced as the COVID-19 pandemic took hold and crude prices plunged.
The talks between Exxon Chief Executive Darren Woods and Chevron CEO Mike Wirth were serious enough for legal documents involving certain aspects of the merger discussions to be drafted, one of the sources said. The reason the talks ended could not be learned.
The sources requested anonymity because the matter is confidential. Exxon and Chevron, which have market capitalizations of $190 billion and $164 billion, respectively, declined to comment.
Exxon and Chevron's shares nosedived last year after a Saudi-Russian price war and fallout from the novel coronavirus outbreak caused the value of oil to crater. Exxon's stock was hit hardest, as investors raised concerns about the company's long-term profitability and spending decisions.
In their talks, the CEOs of Exxon and Chevron envisioned achieving synergies through massive cost cuts to help weather the downturn in energy markets, one of the sources said. At the end of 2019, Exxon employed about 75,000 people and Chevron roughly 48,000.
Following the aborted talks with Exxon, Chevron went on to acquire oil producer Noble Energy in a $5 billion cash-and-stock deal that was completed in October.
A proposed combination last year would almost certainly have triggered an intense antitrust review by the U.S. Justice Department, a process that typically takes months to complete. And such a review would also potentially have run up against last November's U.S. presidential election, raising additional uncertainty about how soon such a deal might be cleared, if at all.
Now, under the Biden administration, the window might be all but closed as Democrats historically have been less sympathetic to such deals, one of the sources said. President Joe Biden has put climate change at the forefront of his agenda, promoting jobs in renewable energy as opposed to traditional ones in the oil sector.
Biden recently formally revoked the permit to build the Keystone XL oil pipeline. General Motors last week said it would aim to stop selling vehicles powered by gasoline and diesel, which rely on oil, by 2035.
The White House and Justice Department did not immediately respond to requests for comment.
News of the unsuccessful talks emerged as Exxon has come under pressure from some of its shareholders over its strategic direction. Engine No. 1, a investment firm based in San Francisco, last week nominated four directors to Exxon’s board and is pushing the company to spend its cash better, preserve its dividend, and invest more in clean energy. Exxon is also in the crosshairs of hedge fund D.E. Shaw, which is pressuring the company to cut costs and improve performance.