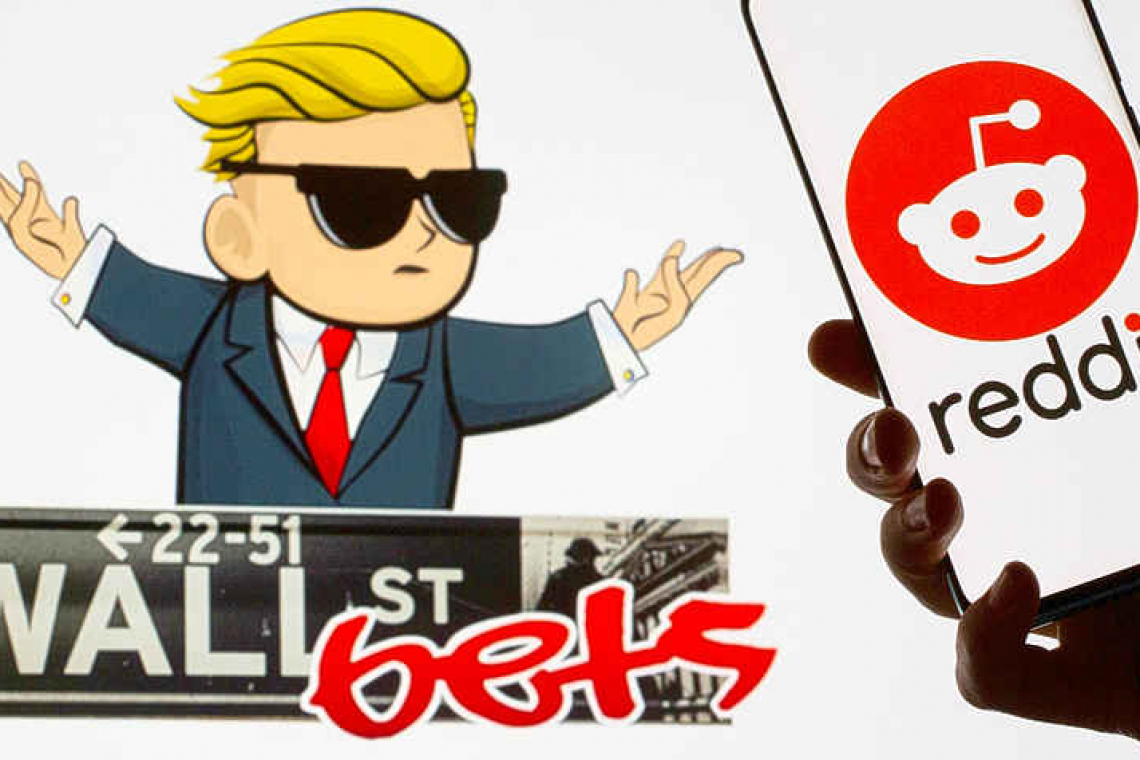 NEW YORK--An army of retail investors that has routed Wall Street’s professionals in recent days was dealt a blow on Thursday, after online brokerages Robinhood Markets Inc and Interactive Brokers restricted trading in red-hot GameStop and several other social-media darling stocks that had soared this week. Shares of retail favourites including GameStop and AMC Entertainment plummeted on the news and broader markets shot higher.

Retail investors, celebrities and policymakers decried the restrictions and online forums boiled with anger, accusing the trading platforms of trying to protect Wall Street’s interest at the expense of smaller investors. "Robin Hood: a parable about stealing from the rich to give to the poor. Robinhood: an app about protecting the rich from being short squeezed by the poor," Jake Chervinsky, a lawyer for fintech company Compound, wrote on Twitter.
The trading restrictions mark a turn in a battle that many have framed as a showdown between hedge funds and other institutions against retail investors. Until Thursday, it appeared retail traders had the upper hand. Coordinating on forums such as Reddit’s popular Wallstreetbets, their concentrated buying forced hedge funds to unwind positions betting on the decline of shares in companies such as GameStop and American Airlines, sending their shares soaring.
GameStop, the video game retailer whose 1,700% rally has been at the heart of the slugfest in the past week, initially rallied to more than $480 a share, Refinitiv data showed. It was last down around 60% at $265. AMC's value was cut in half and Koss Corp dropped by a third.
"The Robinhood ban on those stocks have put a pretty good end to (the rally)," said Dennis Dick, proprietary trader at Bright Trading LLC in Las Vegas. "Everybody's trying to hit the exit button at the same time."
Citing market volatility and the need to keep investors informed, Palo Alto-based Robinhood said in a blog it was halting trading of viral stocks including American Airlines, Nokia and AMC and raising margin requirements for certain securities. Two customers sued Robinhood over the trading ban, seeking damages.
Interactive Brokers, another online trading platform, also restricted trading in those stocks. "We do not believe this situation will subside until the exchanges and regulators halt or put certain symbols into liquidation only," it said.
Robinhood has seen business boom during the coronavirus pandemic as more home-bound consumers took to trading stocks online. The app now counts more than 13 million users. Social media chatrooms are beginning to resemble the squawk boxes on trading floors as a new generation of retail traders gains influence.
American Airlines joined the list of stocks making gains as small-time traders broadened their battle with Wall Street institutions, but it, too, was well off earlier highs as Robinhood restricted trading. Shares in American Airlines jumped 9%. It reported earnings but investors said those were not enough to explain its stock move.
"It's irrational day-trading, nothing fundamental. Same as GameStop, Tootsie Roll, Virgin Galactic, etc," said Darryl Genovesi, Vertical Research analyst.
As the "Reddit crowd" has roiled the market, a basket of stocks traded mostly by hedge funds has fallen 2.5% so far this year while a basket tracking retail favourites jumped 13.5%, data from Goldman Sachs showed. Before its retreat, GameStop briefly became the biggest stock on the Russell 2000 index of small caps, according to Zerohedge.
Dramatic jumps in GameStop, BlackBerry Ltd and AMC drew calls for regulatory scrutiny. "In terms of short interest being monitored, the U.S. markets are probably the most transparent, but there's always room for improvement," former SEC chairman Jay Clayton told CNBC.
U.S. Representative Alexandria Ocasio-Cortez criticized the decision by Robinhood to restrict retail trading. Robinhood did not respond to requests for comment.
Silver industry shares also caught traders' attention. Canada's First Majestic Silver was halted briefly in New York after shares rose more than 30%.