Drinkers, smokers seek respite from global gloom by trading up 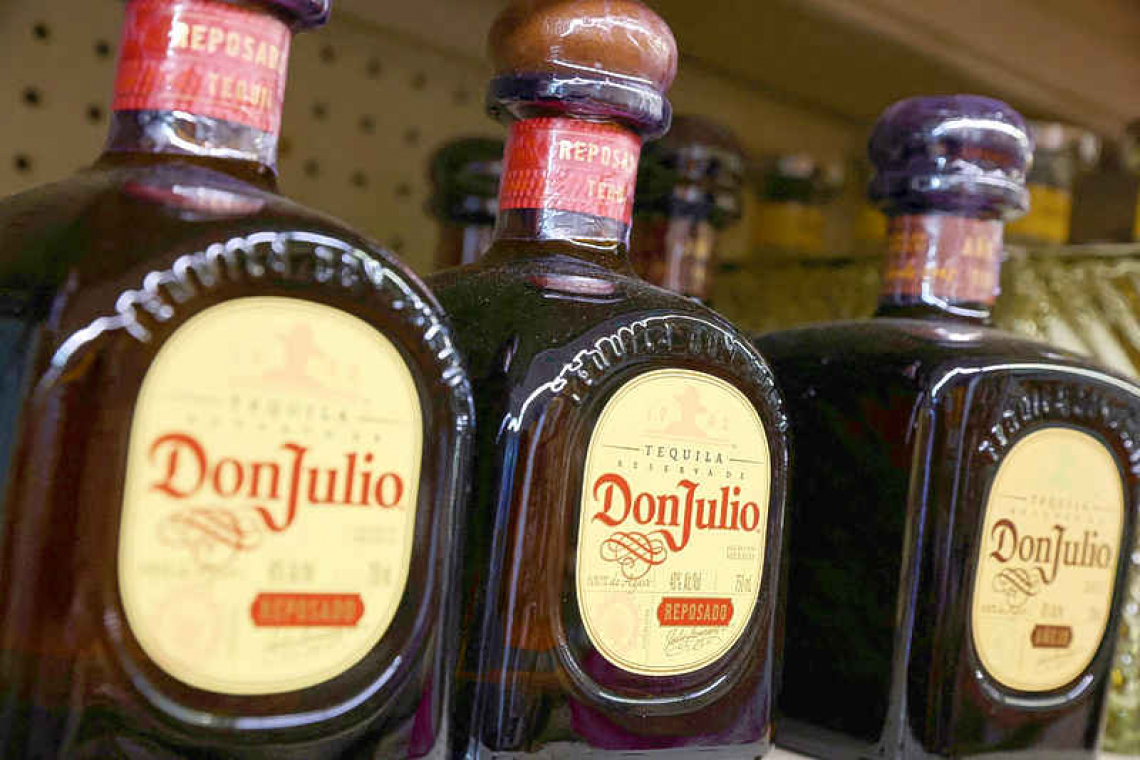 LONDON--Soaring inflation has made life harder for most of the world - but some people are still smoking expensive cigarettes and doing shots of fancy tequila.

From British American Tobacco to Tanqueray gin maker Diageo, cigarette and alcohol companies cited strong demand for high-end products people can't seem to shake when they reported results this week. Far from buying cheaper alcohol and tobacco, shoppers are instead trading up.
"In hard times, I think people just want that little moment to celebrate, you know, to unwind with family, with friends with colleagues," Diageo's finance chief Lavanya Chandrashekar told Reuters.
The trend contributes to a pattern of affluent consumers spending big on luxury items following the COVID-19 pandemic. Lockdowns resulted in average bank balances rising and record stock markets boosted wealthy people's investment portfolios.
Diageo, the world's biggest spirits maker, on Thursday beat full-year sales forecasts, helped by demand for "super premium" brands such as Don Julio tequila, Johnnie Walker Blue Label and Bulleit Bourbon. Bottles of Don Julio start at roughly 40 pounds ($49) on Amazon.co.uk and go up into the hundreds, as do several special edition versions of Johnnie Walker Blue Label.
Food and personal goods companies such as Procter & Gamble PG.N and Kraft Heinz have seen increased competition from cheaper private label brands as consumers trade down in the face of a cost of living crisis. People who smoke cigarettes, buy luxury products and drink alcohol, however, tend to stay loyal to their brands even if they're more expensive.
"There's a fundamental difference in how consumers think about something like baked beans versus a cocktail when you're celebrating a special occasion," Chandrashekar said.
Diageo doesn't have much competition from supermarket-owned brands, she said, highlighting the United States where private label represents less than 2% of the spirits market.
Alcohol consumption increased worldwide during the pandemic as people stuck at home had limited options for entertainment. Many are now trying to drink less, but better, said Tineke Frikkee, fund manager at BAT and Diageo investor Waverton Investment Management. But the cost of living crisis and rising energy bills this winter mean that trading up may not last.
"As consumer budgets come under pressure, we may see some downtrading, so still buying a bottle of spirits, but maybe the next price tier down," Frikkee said.
AB InBev, the world's biggest brewer and maker of Stella Artois and Budweiser, on Thursday reported higher-than-expected profits, helped by many drinkers switching to premium beers.
Since the start of the Russia-Ukraine war, U.S. sales of premium spirits have risen nearly 3% to $3.76 billion, according to NielsenIQ. Globally, sales of fine wines, champagne and spirits are expected to rise about 6% to $155.2 billion in 2022, according to Euromonitor.
Meanwhile, sales of luxury tobacco products - cigars, cigarillos and smoking tobacco - are expected to rise 7.5% to over $95 billion, according to Euromonitor. British American Tobacco (BAT) has raised prices more than its competitors in some categories and is investing more in its high-end New Port and American Spirit brands, chief executive Jack Bowles said in an interview. He highlighted growth in BAT's American Spirit organic range.