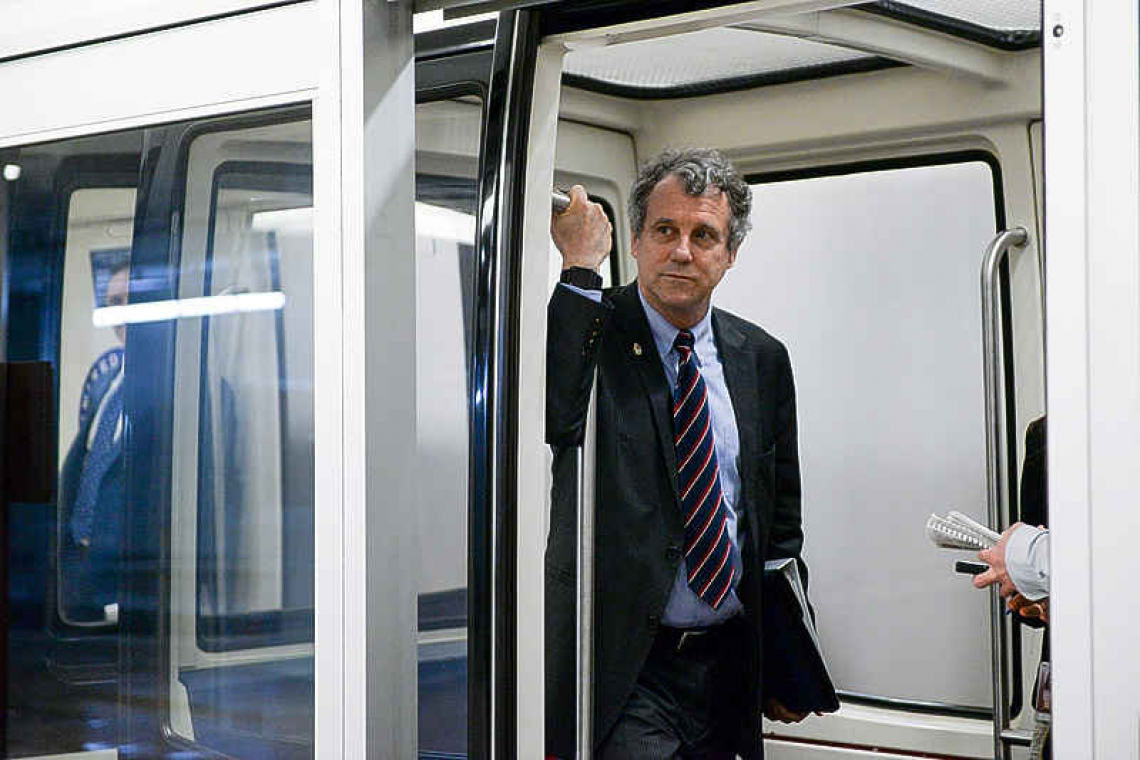 Sherrod Brown, expected chair of the Senate Banking Committee, said this month he was drawing up a list of rules passed by Trump regulators that he hopes to kill using the Congressional Review Act (CRA), a 1996 law that allows Congress to reverse recently finalized federal regulations.
Since 2017, regulators have eased dozens of rules created following the 2009 financial crisis and in the decades before, arguing they were outdated and stymied economic growth. Liberals say the changes saved Wall Street tens of billions of dollars while increasing systemic risks and hurting consumers.
Reversing rules through an agency's internal process can take years whereas the CRA allows Congress to swiftly kill rules with a simple majority and the president's approval. Democrats, who already led the House of Representatives, on Wednesday took working control of the Senate, with Vice President Kamala Harris holding a tie-breaking vote.
But with such a wafer-thin margin, Brown may struggle to win vital support from moderate Democrats, especially from those whom have publicly supported similar rule-changes in the past. Several centrists, for example, voted for a 2018 law easing post-crisis banking rules and have backed bills containing rules similar to those implemented in 2020 by the securities regulator which critics say muzzle shareholders.
"It's a lot harder than people think to get something changed via the Congressional Review Act, particularly with thin majorities," said Paul Merski, an executive at the Independent Community Bankers of Americas who lobbied in 2017 to reverse a rule banning forced arbitration via the CRA.
Issues related to bank capital requirements and liquidity may be too arcane to compete for limited Senate floor time with healthcare, labour and immigration measures, said Gregg Gelzinis, a senior policy analyst at liberal Washington think tank the Center for American Progress, which is discussing CRA issues with lawmakers. "That education process is underway now to feel out which of these rules can get unanimous support in the caucus," he said.
Potential candidates could include a December rule relaxation that allows banks to hold more risky deposits, and a rule which could force banks to lend to contentious sectors, such as fossil fuel companies, said Gelzinis.
Brown's office said it will consult with Biden's new regulators on which rules the agencies can fix and which would require congressional action. His office did not identify specific rules, but flagged those which "gutted fair housing protections, undermined state consumer protection laws, and threatened" financial stability.
Cam Fine, a seasoned lobbyist and CEO of Washington consultancy Calvert Advisors, said recent consumer finance rules which progressives say do more harm than good would be savvy political targets, as Democrats generally agree on the need to boost consumer protections. "Brown would be more successful if he employed the CRA on consumer-focused issues - I think that's where he could unite his caucus," he added.
The CRA allows a new Congress to reverse rules passed during the final 60 working days of the previous Congress. Before Trump took office pledging to slash red tape, the CRA had been used successfully once. Republicans subsequently used it to reverse 16 rules created by Barack Obama administration regulators, according to Daniel Perez, senior policy analyst at George Washington University's Regulatory Studies Center.
Democrats, however, have never successfully used the CRA, according to Perez, and may veer into novel legal territory where their ultimate goal is to make rules tougher rather than scrap them. That's because once a rule is reversed using the CRA, agencies cannot write a "substantially" similar rule. While that is a vague provision that has never been tested, agencies have generally avoided revisiting rules Congress has overturned, said Perez.