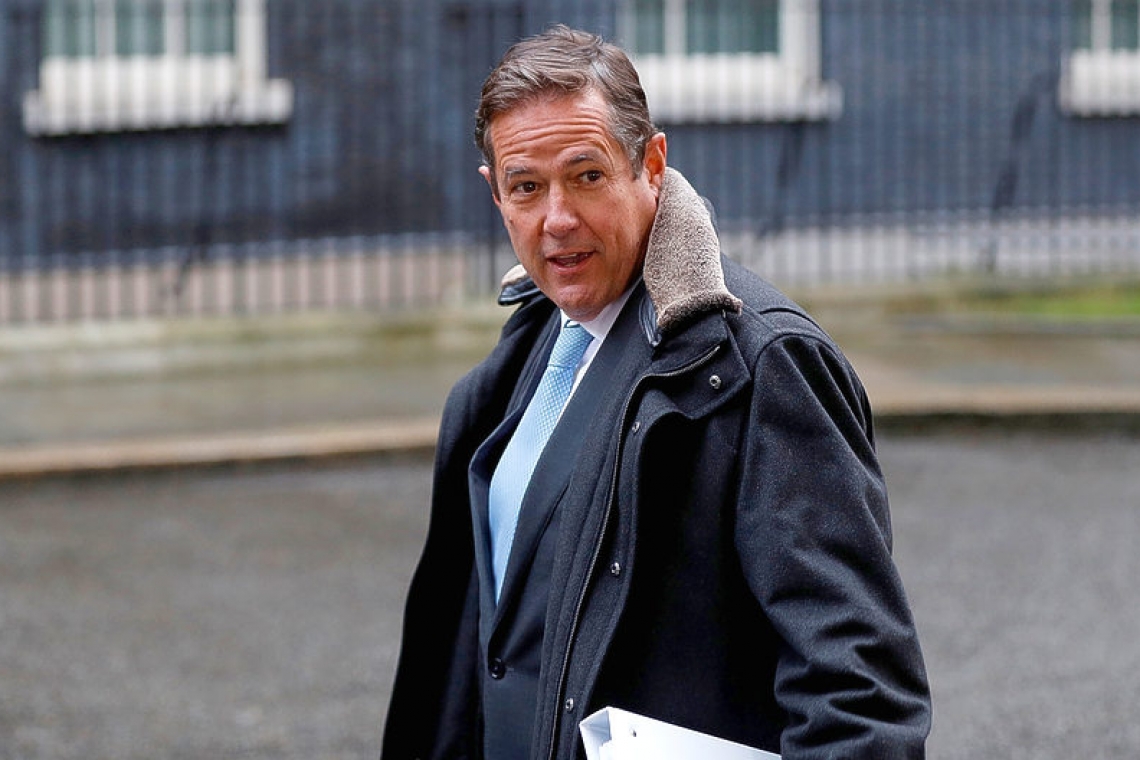 LONDON--Britain's financial regulators are probing links between Barclays Chief Executive Jes Staley and the U.S. financier Jeffrey Epstein, who killed himself while awaiting trial on sex trafficking charges, after the Financial Times reported on a trove of emails between the two on Thursday.

Barclays disclosed earlier in the day that its board had looked into media reports on Staley's relationship with Epstein, and probed the chief executive's characterisation of it.
U.K. regulators launched their investigations into links between Staley and Epstein after JPMorgan Chase & Co's provided them with emails the two exchanged when Staley was the head of JPMorgan's private bank, the Financial Times reported on Thursday.
Barclays confirmed the Financial Conduct Authority (FCA) and the Prudential Regulation Authority were now investigating the matter. The bank did not give further details on the probe.
Barclays, JPMorgan and the FCA declined to comment on the FT's report. The Prudential Regulation Authority did not immediately respond to a request for comment.
Earlier on Thursday, the bank said its board believes the chief executive has been sufficiently transparent about his ties to Epstein, whom Staley said he had not seen since taking over as Barclays CEO in 2015.
Speaking to reporters on Thursday, Staley said he regretted his relationship with Epstein, which began in 2000 while he was employed by JPMorgan and "tapered off significantly" after he left the Wall Street lender. The relationship ended in late 2015, Staley said.
"I thought I knew him well, and I didn't. I'm sure with hindsight of what we all know now, I deeply regret having had any relationship with Jeffrey Epstein," he said.
The New York Times last year said that Epstein had referred "dozens" of wealthy clients to Staley when the CEO ran JPMorgan's private banking business. There have been no public disclosures about regulatory investigations into JPMorgan's links to Epstein.
It also reported that Staley visited Epstein in prison when he was serving a sentence between 2008-09 for soliciting prostitution. Staley also went to Epstein's private island in 2015, Bloomberg reported.
Barclays has previously said that Staley never engaged or paid fees to Epstein to advise him or provide professional services.
The probe is the second regulatory investigation into Staley's conduct in recent years, after the FCA and PRA fined him 642,000 pounds in 2018 for trying to identify a whistleblower who sent letters criticizing a Barclays employee. Barclays shares fell 2.3% on Thursday.
"This is clearly a cause for concern for investors; if Mr Staley were forced out it would create significant uncertainty for shareholders," said Peter Parry, policy director at investor group ShareSoc. "Mr Staley's judgement was called into question less than two years ago with the whistle-blowing scandal. And to make matters worse, it distracts attention from the announcement of Barclays results today."