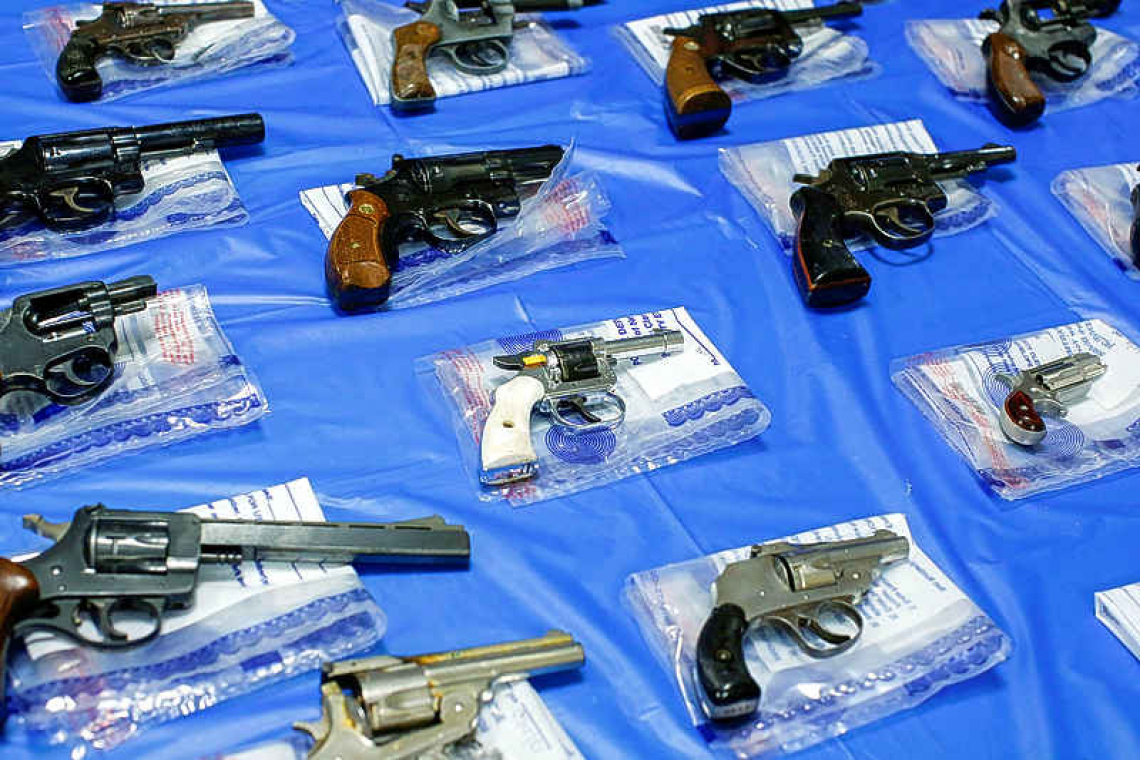 WASHINGTON--The Supreme Court on Thursday declared for the first time that the U.S. Constitution protects an individual's right to carry a handgun in public for self-defense, handing a landmark victory to gun rights advocates in a nation deeply divided over how to address firearms violence.

The 6-3 ruling, with the conservative justices in the majority and liberal justices in dissent, struck down New York state's limits on carrying concealed handguns outside the home. The court found that the law, enacted in 1913, violated a person's right to "keep and bear arms" under the U.S. Constitution's Second Amendment.
The ruling, authored by Justice Clarence Thomas, could undermine similar restrictions in other states and imperil other types of state and local firearms restrictions nationwide. Thomas wrote: "We know of no other constitutional right that an individual may exercise only after demonstrating to government officers some special need."
Gun rights, held dear by many Americans and promised by the country's 18th century founders, are a contentious issue in a nation with high levels of firearms violence including numerous mass shootings. Just in recent weeks, 19 children and two teachers were killed on May 24 at an elementary school in Uvalde, Texas, and 10 people were slain on May 14 at a grocery store in Buffalo, New York.
President Joe Biden, who has called gun violence a national embarrassment, condemned the decision. "This ruling contradicts both common sense and the Constitution, and should deeply trouble us all," Biden said. "In the wake of the horrific attacks in Buffalo and Uvalde, as well as the daily acts of gun violence that do not make national headlines, we must do more as a society - not less - to protect our fellow Americans."
Liberal Justice Stephen Breyer wrote in dissent that the court expanded gun rights without coming to grips with the "nature or severity" of firearms violence in a country with more guns per person than any other. Breyer said the ruling leaves states without the ability to address "significant dangers."
The justices overturned a lower court ruling throwing out a challenge to the law by two gun owners and the New York affiliate of the National Rifle Association (NRA), an influential gun rights group closely aligned with Republicans.
Thursday's ruling underscored how the court's conservative majority is sympathetic to an expansive reading of Second Amendment rights. It represented the court's most important statement on gun rights in more than a decade. The court in 2008 recognized for the first time an individual's right to keep guns at home for self-defense in a District of Columbia case, and in 2010 applied that right to the states.
New York Governor Kathy Hochul, a Democrat, called the ruling "absolutely shocking." New York City Mayor Eric Adams said officials will review licensing policies and how sensitive locations are defined, adding: "we cannot allow New York to become the Wild West."
Under the New York law, applicants seeking an unrestricted concealed carry permits needed to convince a state licensing officer of an actual, rather than speculative, need for self-defense. Most applicants received unrestricted licenses. These were granted more freely in rural areas than densely populated New York City. Officials could also grant licenses restricted to activities such as hunting or target practice.
The ruling clarified how courts must now assess whether regulations are valid under the Second Amendment, requiring them to be comparable with restrictions traditionally adopted throughout U.S. history. New York's concealed firearm regime failed that test, Thomas wrote.
Gun control advocates feared the ruling could undermine gun measures such as "red flag" laws targeting the firearms of people deemed dangerous by the courts, expanded criminal background checks for gun buyers or restrictions on selling untraceable "ghost" guns assembled from components purchased online. They also feared it could jeopardize gun bans in sensitive places such as airports, hospitals and schools.
The ruling will directly affect at least six states - New York, California, Hawaii, Maryland, Massachusetts and New Jersey as well as the District of Columbia - that let officials decide whether people can carry concealed handguns in public even if they pass criteria such as criminal background checks. Connecticut, Delaware and Rhode Island also give officials some discretion.
The ruling lets states prohibit guns in "sensitive places," likely beyond locations such as courthouses and legislative buildings those that historically met that definition. Thomas wrote that courts "can use analogies to those historical regulations" of sensitive places.
But Breyer asked: "So where does that leave the many locations in a modern city with no obvious 18th- or 19th-century analogue? What about subways, nightclubs, movie theaters and sports stadiums? The court does not say."