US makes 'substantial offer' for Russia to release Griner, Whelan 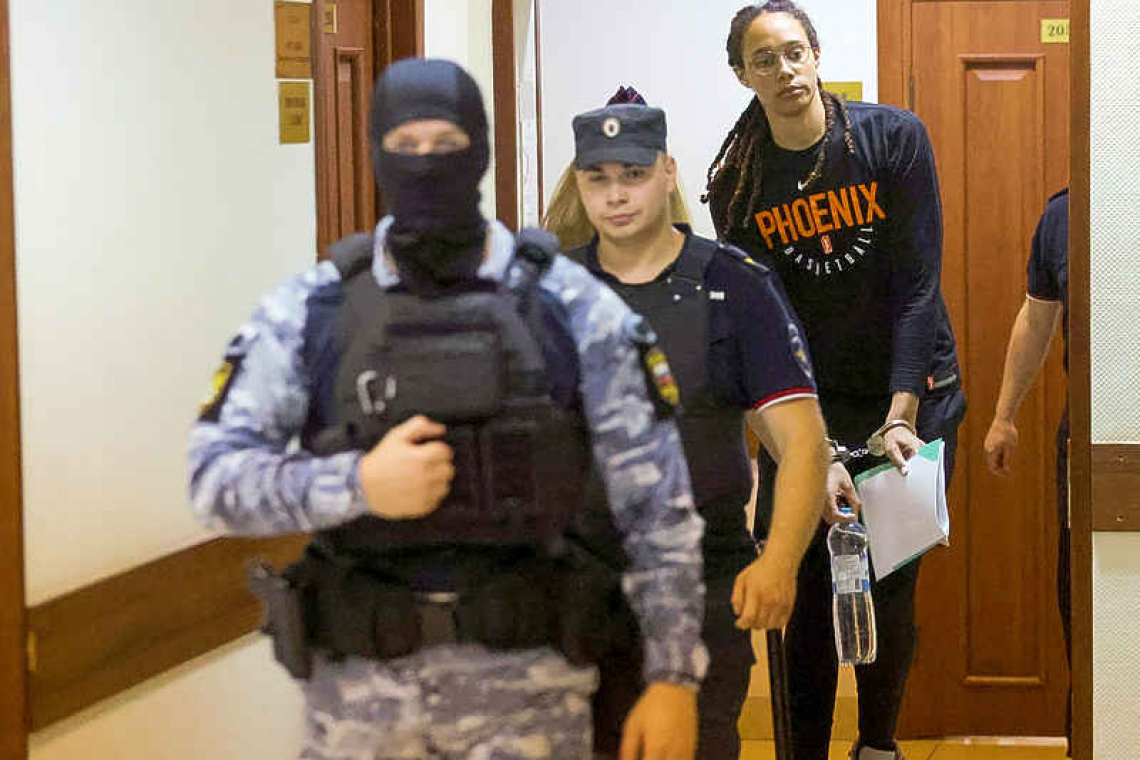 WASHINGTON--The United States has made "a substantial offer" to Russia to release U.S. citizens detained there, Secretary of State Antony Blinken said on Wednesday, adding he would press his Russian counterpart to respond in a conversation planned for the coming days.

Washington offered Moscow a deal to bring home WNBA star Brittney Griner and former U.S. Marine Paul Whelan weeks ago, Blinken told reporters, and hoped to advance the process when he speaks to Russian Foreign Minister Sergei Lavrov. Russia's foreign ministry said it had not been formally approached by Washington to set up a call, Tass news agency said later.
"There was a substantial proposal on the table weeks ago to facilitate their release. Our governments have communicated repeatedly and directly on that proposal. And I'll use the conversation to follow up personally and I hope move us toward a resolution," Blinken said.
He declined to say what the United States was offering in return. A source familiar with the situation confirmed a CNN report that Washington was willing to exchange Russian arms trafficker Viktor Bout, who is serving a 25 year-prison sentence in the United States, as part of a deal.
A Russian lawyer for Whelan has previously said he believed Moscow wanted Bout to be part of a swap for Whelan. Bout's wife Anna said she had learned about a possible exchange from media reports, RIA news agency said.
"We talked on the phone yesterday. Viktor doesn't know anything about talks between Russia and the United States about his exchange ... neither he or I have any information," it cited her as saying.
Blinken declined to characterize how Moscow has reacted to the proposal, which he said had President Joe Biden's sign-off.
Families of hostages and detainees have been increasing pressure on Biden, most recently in the case of two-time Olympic medalist Griner, who has been held since February. Griner, detained at Moscow's Sheremetyevo airport with vape cartridges containing cannabis oil in her luggage, was in the courtroom on Wednesday in the latest hearing of her trial on drug charges. The next hearing is set for Aug. 2.
"From a legal point of view, an exchange is only possible after a court verdict," Griner's lawyer in Russia, Maria Blagovolina, said in a statement.
Whelan was sentenced in 2020 to 16 years in prison in Russia, accused of spying. He denied spying and said he was set up in a sting operation.