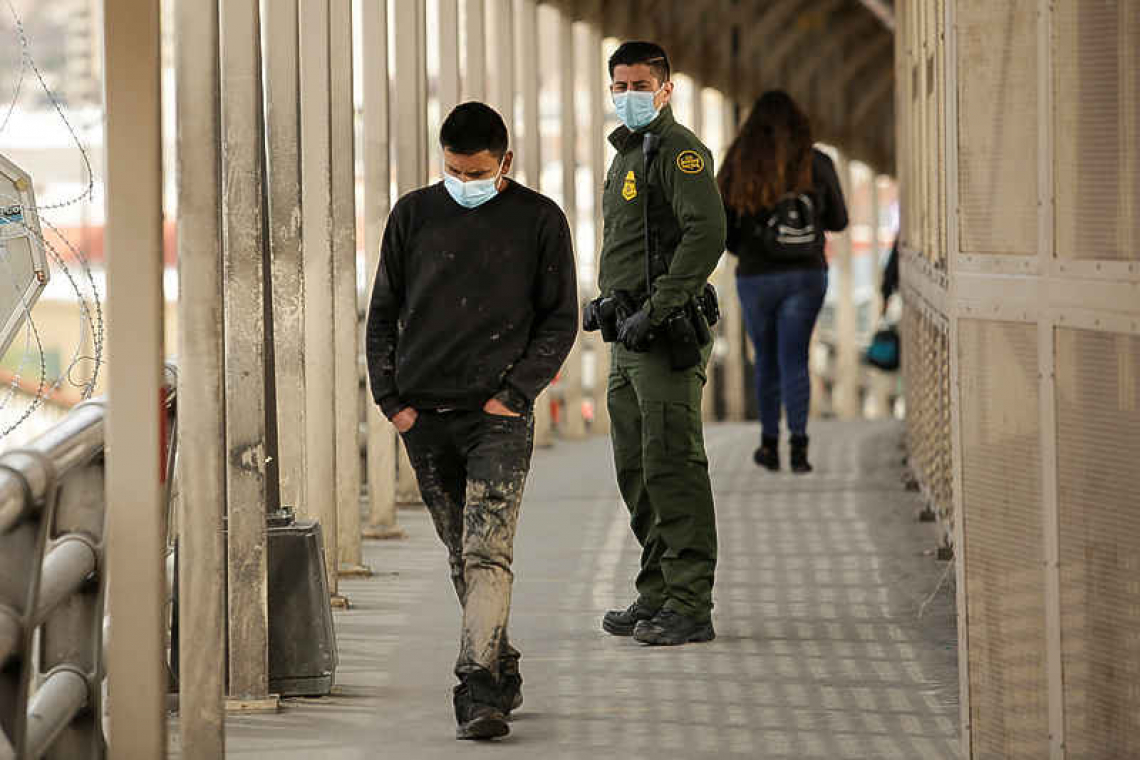 WASHINGTON--A U.S. district court judge on Wednesday blocked expulsions of unaccompanied children caught crossing into the United States, a setback for the outgoing Trump administration, which said the policy was aimed at limiting the spread of the coronavirus.

U.S. District Judge Emmet Sullivan in the District of Columbia ruled that the minors were likely to suffer irreparable harm because they could be subject to sexual abuse and other violence, as well as face the possibility of torture and death if summarily returned to their home countries.
President Donald Trump has made immigration curbs a central part of his four-year term in office and enacted a series of sweeping immigration restrictions during the pandemic. President-elect Joe Biden, who defeated Trump earlier this month and takes office on Jan. 20, has vowed to reverse many of the Republican president's hard-line immigration policies.
Biden has not yet commented on how he would handle the emergency border rules that allow for rapid deportations. A Biden campaign official told Reuters that he would defer to health experts on such restrictions.
A U.S. Border Patrol official said in a September court filing that 8,800 unaccompanied minors were expelled under the border rules between their enactment on March 20 and Sept. 9. Overall, the United States has expelled roughly 197,000 migrants caught crossing the U.S.-Mexico border from March through the end of September, though those figures include migrants who may have crossed multiple times.
Lee Gelernt, an attorney with the American Civil Liberties Union (ACLU), which represented plaintiffs in the lawsuit, said the policy was a "pretext" for Trump to close the border to children and asylum seekers from Central America.
The U.S. Department of Justice, U.S. Department of Homeland Security and White House did not immediately respond to requests for comment.