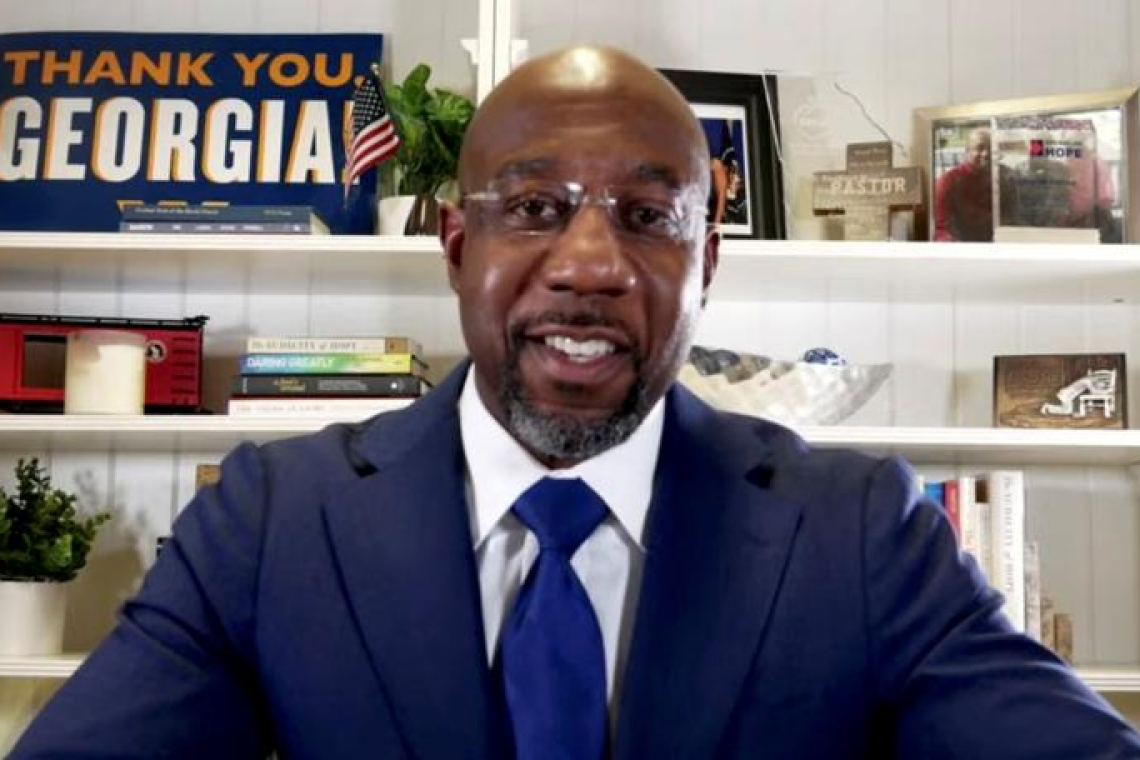 WASHINGTON  - Democrat Raphael Warnock claimed victory on Wednesday in his U.S. Senate race, while his Republican opponent, Senator Kelly Loeffler, said she would ultimately emerge from the contest as the winner.

With 98% of the votes counted, Warnock led Loeffler 50.4% to 49.6%, according to Edison Research. But no major U.S. network projected a winner, and vote counting in Tuesday’s election was continuing into Wednesday.

The Warnock-Loeffler contest, and a second Senate runoff between Republican Senator David Perdue and Democratic challenger Jon Ossoff, will determine control of the Senate and the fate of President-elect Joe Biden’s legislative agenda.

Perdue and Ossoff were in a virtual tie.

“I am going to the Senate to work for all of Georgia, no matter who you cast your vote for in this election,” Warnock, a Black pastor at the Ebenezer Baptist Church in Atlanta where slain civil rights leader Martin Luther King once preached, said in a video that streamed online.

Warnock, who would be Georgia’s first Black U.S. senator if elected, spoke moments after Loeffler had addressed her own supporters.

“We’re going to win this election,” she said. “We have a path to victory and we’re staying on it.”