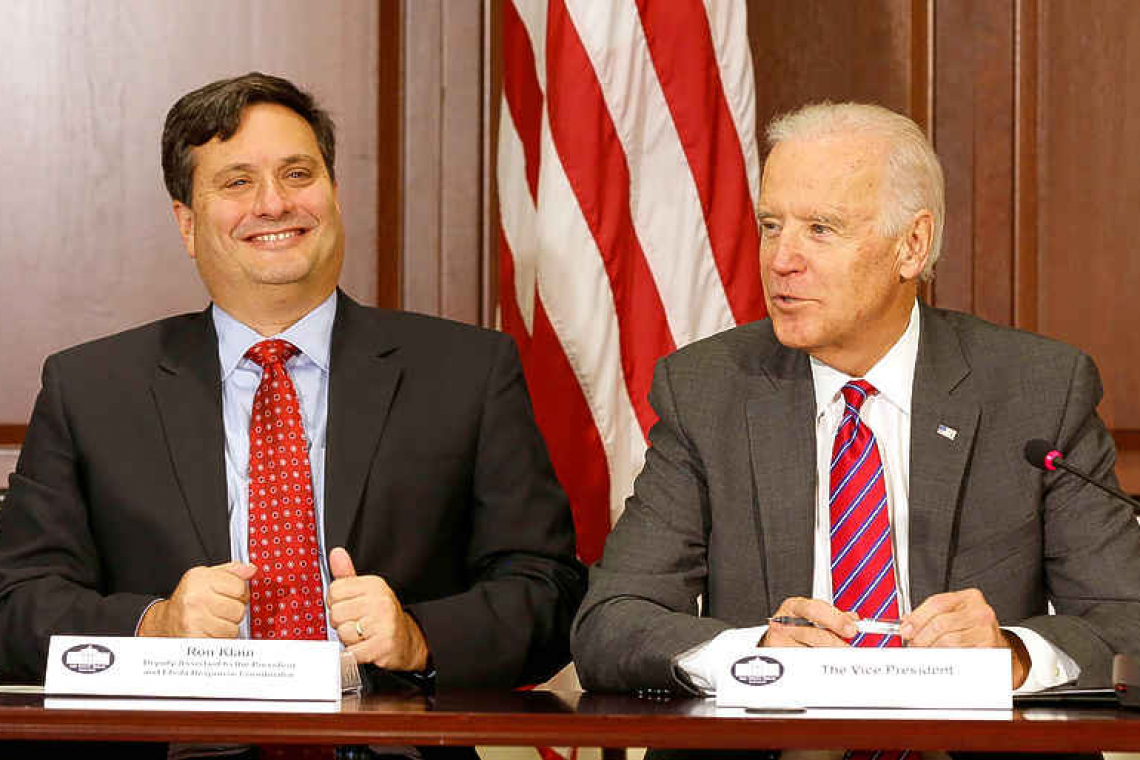 WASHINGTON/WILMINGTON, Delaware--More Republican lawmakers said on Thursday the Trump administration should allow Joe Biden to receive intelligence briefings, in a tacit acknowledgement the Democrat may soon occupy the White House despite the president's refusal to concede.

Most Republican officials and lawmakers have publicly supported President Donald Trump's effort to overturn the election results via a series of lawsuits filed in individual states, following the president's unfounded claims of widespread voting fraud. Biden, meanwhile, has been moving ahead with the work of preparing to govern, and spoke with Pope Francis as his fellow Democrats in Congress blasted Republican election "shenanigans" and urged action on the coronavirus pandemic.
With a few states still counting ballots, Biden has won enough election battleground states to surpass the 270 electoral votes needed in the state-by-state Electoral College that determines the next president. Biden is also winning the popular vote by more than 5.2 million votes, or 3.4 percentage points.
A growing number of Republican senators, including John Cornyn, Ron Johnson, James Lankford, Chuck Grassley and Lindsey Graham, urged Trump's administration to allow Biden access to presidential daily intelligence briefings. The president-elect traditionally receives such briefings from the intelligence community to learn of threats facing the United States before taking office.
"I don't see it as a high-risk proposition. I just think it's part of the transition. And, uh, if in fact he does win in the end, I think they need to be able to hit the ground running," Cornyn told reporters. He refused to say that Biden had won, however.
When reporters asked Graham, a vocal Trump defender, if the briefings should proceed, he responded, "I think so, yeah."
The top House Republican, Kevin McCarthy, opposed the idea. "He's not president right now. I don't know if he'll be president January 20th," McCarthy said, refusing to acknowledge Trump's defeat.
The two top Democrats in Congress - House of Representatives Speaker Nancy Pelosi and Senate Democratic Leader Chuck Schumer - on Thursday decried the Trump administration's refusal to engage with Biden's transition team. The Democratic leaders also urged Republicans to join them in passing legislation to address the pandemic and buttress the battered economy.
"The Republicans should stop their shenanigans about an election that President Trump has already lost and focus their attention on the immediate issue at hand - providing relief to a country living through the COVID health and economic crisis," Schumer said.
Biden, who is set to become the first Roman Catholic U.S. president since John Kennedy in the 1960s, spoke with the pope on Thursday, thanking him for his "blessing and congratulations," his transition team said.
Biden told the pontiff he wanted to work together on issues including caring for the poor, addressing climate change, and welcoming immigrants and refugees, it said.
Biden has focused on planning his administration, with attention expected to shift to his selections for key Cabinet posts ahead of taking office. His team said Biden was meeting with transition advisers on Thursday in Delaware.
He named longtime adviser Ron Klain on Wednesday as White House chief of staff, his first major appointment. Klain is expected to take a leading role in Biden's response to the intensifying pandemic that has killed more than 242,000 Americans, with a record 142,000 new COVID-19 cases registered on Wednesday.
Trump, who has flouted public-health recommendations on mask-wearing and social-distancing, was hospitalized with COVID-19 last month. Many Trump associates have become infected, with close adviser Corey Lewandowski on Thursday becoming the latest.
On Thursday, Pennsylvania officials asked a federal judge to throw out a Trump lawsuit seeking to block the state from certifying its results. Biden leads Trump in the swing state by more than 53,000 votes.
The Trump campaign has filed multiple lawsuits challenging the vote counts in individual states. Legal experts have said the litigation stands little chance of altering the outcome, and state election officials have said they saw no evidence of serious irregularities or fraud.
In a sign of weakening support for Trump's efforts to claim widespread election fraud, Ohio's Governor Mike DeWine, a Republican who endorsed Trump, on Thursday told CNN "we need to consider the former vice president as the president-elect."
The Las Vegas Review-Journal, owned by major Republican donor Sheldon Adelson, ran an editorial saying Trump "seeks to delay the inevitable."
"There is no evidence that fraud cost Mr. Trump the election, no matter how much the president tweets the opposite and his supporters wish it," the editorial said.
Karl Rove, White House deputy chief of staff to Republican former President George W. Bush, wrote in the Wall Street Journal that "once his days in court are over, the president should do his part to unite the country by leading a peaceful transition and letting grievances go."